The news of P D James’s passing has inevitably prompted me to consider the Queen of Crime and what she created. But her death has made me think not of loss, but of what the genre, and me, have gained.

She introduced the inimitable Chief Inspector Adam Dalgliesh in her first novel Cover Her Face (1962). Dalgliesh was her agent of order – James maintained that creating order out of disorder was at the heart of her writing. This sentiment derived from a desire to make sense of her, and by extension our, personal experiences. She once said: “I like the way in which [the mystery] affirms the sanity of human life and exorcises irrational guilts”.

The publication of Cover Her Face also marks a new movement in British Detective fiction: with this novel, the police detective as hero was born. Several authors would follow in James’s wake, such as her lifelong friend Ruth Rendell, Reginald Hill and Colin Dexter. James and her contemporaries created a narrative that presented police work not as an elegant intellectual exercise, as seen in the traditions of Sherlock Holmes and detectives of the Golden Age, but rather as collective, grim, long-winded, surrounded by paperwork, and often untidy.

James had been accused of elitism in her writing, focusing on the middle classes rather than what she called “the pits of the inner-city area, where crime is the norm and commonplace”. But what “the contrast between respectability and planned brutality” that she emphasised is a contrast that is at the heart of her successful and rich detective stories.

As a reader of detective fiction, what James offered me was much more than the next of a long list of subgenres in crime fiction. Her skill at examining transformations of British life through her writing, in particular the way she interrogates questions of gender and the role of the woman in society (as victim, criminal and as detective) spoke to me personally.

Even before she introduced Cordelia Gray, a tough, working-class woman taking on the traditionally masculine role of detective in An Unsuitable Job for a Woman (1972), questions of gender were always at the forefront of her writing. In her first novel the victim, a housemaid that strays too far outside of her class, and the murderer, a jealous rival, are both women. Although there is a prospect of male sexual violence here, the motif is clear: women beware women, and this clearly ties into the uncertainties about traditional social restrictions of marriage and attitudes towards sex. James never glorifies her female characters. They are even often portrayed in a brutal light, or, as described by Norma Siebenholler, “on the whole, a depressing lot”.

Most of all, what still captures me is her skill as a writer: her use of classic novelistic structures, literary allusions, realism, and her self-conscious awareness of the genre’s form. The generic themes that she focuses on, such as alienation, death, retribution and the effect of murder upon all involved and society as a whole, are all stored in the claustrophobic, tortured atmospheres and gothic motifs adopted by James in her writing. What James created, in her own words, was the truth “about men and women under the stress of the ultimate crime and about the society in which they live”.

In doing this, she was creating something completely new in crime fiction: she constructed events that could happen, that resonate with her readers. Her death is undoubtedly a loss but much of her lives on. James has left us an incredible legacy in terms of the modern detective novel generically and personally as readers.

By chance in a recent class prior to her death I discussed the longevity of James’s writing. It is this timelessness that I believe we should celebrate, and so it would be wonderful to now witness an increased interest in this fascinating writer and her unique and very special works.

Rebecca Stewart does not work for, consult to, own shares in or receive funding from any company or organisation that would benefit from this article, and has no relevant affiliations. 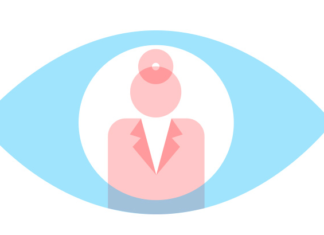