By Simon Lee, University of Hull

In the week Gordon Brown announced he will stand down from his Westminster constituency at the May 2015 general election, two central observations come to mind. From the Brown government to its Cameron-Clegg coalition successor, there has been more continuity than change. And the failings of the Brown government were very much those of all UK governments since 1970.

Since the Heath government’s 1971 Competition and Credit Control Act started liberalising the credit supply to the UK economy, every subsequent prime minister and chancellor, including Gordon Brown in both roles, has resorted to a British growth model based upon consumption, property and accumulating private household debt. For example, during Brown’s tenure as chancellor, over £800bn was added to UK household private debt.

No UK government since 1970 has succeeded in re-balancing the economy towards an alternative growth model based upon exports, private business investment and manufacturing. In 2009 the Brown government presided over an annual deficit on the UK’s trade in goods of £83.6bn, compared to an annual deficit of £110.2bn in 2013. George Osborne’s failure to re-balance the economy has simply been greater than Brown’s, both as chancellor and prime minister.

The signature event of the Brown government, the financial crisis of 2007-2008, was a direct consequence of the light-touch, risk-based approach to financial regulation adopted by Gordon Brown and Ed Balls during their decade at the treasury.

They followed this approach despite the fact that in December 1998, Brown had identified the need for wholesale reform of financial markets and to rediscover public purpose in the global economy. He had also chaired one of the key committees at the International Monetary Fund for nearly eight years, but never used this position to challenge the neo-liberal orthodoxy during his tenure as chancellor or prime minister.

He may have been in office, but Brown did not use the political power at his disposal when given the opportunity. In this regard he was simply occupying the common ground first laid down by Margaret Thatcher and Sir Keith Joseph in the mid-1970s. In its austerity agenda, the Cameron-Clegg government has also occupied this common ground.

Brown’s subsequent account of the crisis, Beyond the Crash: Beyond The First Crisis of Globalisation, documents his personal realisation that had he been bolder and trusted his own intellectual judgement and political instincts to push for a much more radical response to the crisis, he could have gone down in political history not only as one of the greatest peacetime prime ministers but as a statesman of major global significance and reputation.

Instead, Brown and his chancellor, Alistair Darling, superintended a bailout for failing banks, whose total value reached £1.162tn at its peak. By the end of March 2014 that figure had fallen dramatically, but still amounted to £123bn. The Brown government also presided over the Bank of England giving £375bn of cheap credit to the banks through the policy of quantitative easing.

No other sector of the UK economy had ever received such levels of support in peacetime. However, the Brown government’s strategic decision to privilege banking over all other sectors of the UK economy, and to subordinate its wider British modernisation agenda to the defence of the interests of the City of London, was simply in accordance with the priorities of every UK government since 1945.

In its foreign policy choices, the Brown government displayed the same unshakeable Atlanticism, pronounced Eurosceptism, and commitment to increasing international aid to 0.7% of gross national income, as its coalition successor.

Tony Blair as prime minister aspired and failed to put the UK at the heart of Europe, not least because of Brown’s implacable opposition to UK participation in European political and monetary integration. Once prime minister himself, Brown found himself isolated in Europe, as symbolised by his absence from the official signing of the Lisbon Treaty. David Cameron has subsequently found himself equally isolated at European summits.

In domestic policy terms, the impact of devolution meant that the Brown government’s capacity to reform public services was confined to England, where Brown had no personal democratic mandate to intervene.

In both health and education, Brown continued the Blair governments’ pattern of top-down reorganisation of hospitals and schools, and the increasing use of private sector finance and organisations to deliver services. This pattern of provision has continued under the Cameron-Clegg government through Andrew Lansley’s top-down further reorganisation of the NHS in England, and Michael Gove’s expansion of New Labour’s academy schools programme.

The electorate’s verdict on the Brown government was clear but harsh. The Labour Party won only 29% of the vote, its worst performance at a general election since 1983, when both Brown and Blair had first been elected at Westminster. But what is often forgotten (at least south of the border) is that Scotland and England delivered a very different verdict. In England Labour won only 191 seats and 28.1% of the vote, losing 87 seats and 7.4% of the vote, whereas in Scotland it actually increased its share of the vote by 3.1% to 42.0% and won an extra seat to take its total to 42.

This says a great deal both about Gordon Brown the politician, and the priorities, performance and legacy of his government. A product of the highly distinctive internal political culture of the Labour Party in Scotland, as Brown’s impassioned eve-of-referendum speech in Glasgow attested, he was almost most comfortable and effective speaking to a Scots audience and when affirming his commitment to Scotland’s national interests, the importance of Britishness, and Scotland’s place within the British union.

It was always built on a view of the UK in terms of nations and regions, where Scotland, Wales and Northern Ireland would be the nations, and England would be divided into regions. For a thousand years of its history, political and cultural identity in England has been to nation, county and locality. It has never been built on regions.

Gordie to the rescue in Glasgow
EPA

Like the title of his recent book, My Scotland, Our Britain, and his post-referendum agenda for further devolution to Scotland and broader constitutional reform, Brown’s vision has offered no place for or political recognition for England as a nation. For the future of the union, it is a fatal flaw. Gordon Brown has never understood or accepted that the people of England will never accept a constitutional settlement which divides England against itself.

Brown will be remembered as the most successful peacetime Labour chancellor who also kept the UK out of the fatally flawed single European currency. As prime minister, he will be remembered for having rescued several major UK banks, but at vast cost to UK taxpayers. He is also likely to be assured a place in British political history as the last prime minister of the UK to have represented a Scottish constituency.

Simon Lee does not work for, consult to, own shares in or receive funding from any company or organisation that would benefit from this article, and has no relevant affiliations. 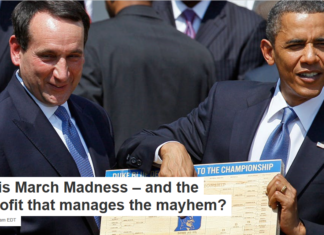