By Kylar Loussikian, The Conversation

More than 50,000 young people have been unemployed for more than a year, with the average length of unemployment almost doubling – from 16 to 29 weeks – over the last six years.

This means nearly 18% of unemployed 15 to 24 year-olds now fall into the “long-term unemployed” category, according to a new analysis released today by the Brotherhood of St Laurence.

While the study did not say why there had been an increase in the length of time young people were unemployed, researcher Francisco Azipitarte says it “clearly suggests that since 2008 there has been a decline in employment opportunities for young people”.

“This is reflected in the increasing number of youth who are unemployed and the rise in the average time that young individuals stay unemployment once they lose their job.”

Veronica Sheen, research associate at Monash University, said youth unemployment has increased since the financial crisis, but it was also important “to bear in mind that it has been as high as it is currently and indeed much higher for many years”.

But not only does long-term unemployment “hurts a young person’s financial and psychological well-being”, it could also increase the chances of ongoing unemployment, the report found.

Those who experience unemployment while young “are more likely to be unemployed, have poor health and have lower educational attainment” than those who are employed at that age, according to the researchers.

Earlier research for the Household, Income and Labour Dynamics in Australia (HILDA) Survey found more than 20% of those unemployed when they were young were unemployed again after the age of 25.

Dr Azipitarte said this could be explained “by the loss of employability skills and the negative effect that unemployment (especially long-term) has on employer’s assessments of job candidates”.

The earlier research found low-skilled individuals would be worst effected by long-term unemployment, because job experience was “critical” to their ability to find work.

“In fact, research has found having post-school qualifications reduces the scarring effects of unemployment over time,” Dr Azipitarte said.

More than 62% of those unemployed in their youth have not completed high school.

“Despite years of effort to increase education retention, and improve skills for the contemporary workforce, there has been no real inroads into the problems,” Dr Sheen said.

“It’s partly an issue of generational social capital, whereby the effects of class and social advantage are felt very strong especially in the youth labour market,”

“This includes factors such as parents income and employment, going to a private school, and geographical location.” 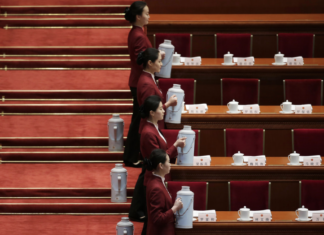 How electric cars can advance environmental justice: By putting low-income and...