By Kate van Dooren, The University of Queensland

The National Disability Insurance Scheme (NDIS) promises to deliver better support to the one in five Australians living with a disability. But what about those inside prison or who have just left prison? Will the NDIS look after them too, or keep pushing them through the cracks?

In our paper, published online at the Journal of Intellectual Disability Research, we examined the social circumstances and substance use of 115 prisoners with intellectual disabilities who were about to be released from Queensland prisons.

The national roll-out of the NDIS could not only substantially improve the lives of former prisoners, but drastically reduce government expenditure. Nationally, governments spend more than A$200 per prisoner per day. This equates to around $600,000 spent on the estimated 3000 Australian prisoners with intellectual disability.

Locking up every prisoner costs around $219,000 a year. Comparatively, as of March 2014, it was estimated that the average annual package of support through the NDIS was $34,000 per person – just a fraction of the cost to the taxpayer.

The Council of Australian Governments – covering federal, state and local governments – has decided that the NDIS will not fund individuals during their time in jail, but will fund disability-specific needs once they return to the community. Yet it remains unclear how, once in the community, former prisoners with disabilities are expected to access funding, support or even the most basic information about the NDIS.

Andrew* is 25-years-old and living with intellectual disability. He had a long history of school expulsion and violence by the time child services removed him from his family home.

At 16, he was living in a hostel. At 17, he was arrested. Following his arrest, Andrew was remanded in custody for eight months.

While on remand, Andrew’s family successfully advocated that he needed extra help. They found a disability organisation that supported Andrew to repair relationships, address his behaviour and make personal goals. The organisation is hopeful that, with this support, Andrew will avoid the “revolving door” of leaving prison, only to re-offend and end up back inside.

We rarely consider individuals such as Andrew when we think about who can and should be supported by the NDIS. This is despite the fact that people with intellectual disability are over-represented in Australian prisons.

Keeping Andrew and others healthy and alive

Around one in ten people released from prison has an intellectual disability. These people enter the community accompanied by triple disadvantage: poverty, disability and the stigma of their ex-prisoner status.

Their relative “high functioning” – meaning they are able at least to understand the charges against them and the court process – suggests that most will be unknown or excluded from disability support.

So even if they have a recognised disability, they are often not known or supported by government agencies before they go into jail. That makes them less likely to know where to go to get support when they get out of jail, including checking if they may be eligible for NDIS support.

The days and weeks following release from prison are risky for ex-prisoners, particularly due to death from overdose or suicide.

In our study of 115 Queensland prisoners with intellectual disabilities, one in four reported injecting drugs in prison, while one in five reported experiencing a drug overdose.

Without targeted support that takes into account their disability-specific needs, the rate of death after prison is likely to be unacceptably high for this group.

Stopping people getting lost in the system

Luckily, factors that protect against re-offending are the same as those that lead to better health. Individuals who secure safe housing, avoid risky injecting drug use, have a secure income and find positive social supports are more likely than others to stay healthy and out of prison.

But people with intellectual disability are likely to find it difficult to navigate complex, often confusing, bureaucratic systems. They may struggle to access agencies in the right order, with the right information.

The processes of getting support, which involves filling out forms, finding suitable ID and identifying a mailing address (particularly hard if you’re homeless), can all prove insurmountable hurdles.

The World Health Organisation views prison as a place to help those with the greatest need. The transition out of prison presents the opportunity to provide greater support to those who need it most. If the NDIS reaches this population it could make massive gains for disadvantaged Australians with disability.

The idea that the NDIS needs to actively support prisoners and ex-prisoners with disability presents a wicked marketing problem for the government.

But the potential cost savings alone should be convincing. Governments could save millions of dollars if even small numbers of people were diverted out of prison each year and were instead supported through the NDIS.

NDIS funding could cover support for a successful exit from prison. More than two in every five prisoners will return to prison within two years, with re-entry more likely for those who do not receive targeted support that is specific to their needs.

As it is now, the peak body for non-government disability service providers has shown that it’s harder for people with intellectual disabilities to win parole and get out of jail, simply due to a lack of post-release accommodation with appropriate support.

Many Australians with disability, like those in our study, have been pushed through the cracks of disconnected and disparate systems. The NDIS offers a real opportunity to change the lives of the most marginalised and vulnerable in our community by filling in these cracks.

The NDIS promises “peace of mind for every Australian, for anyone who has, or might acquire, a disability”. But the NDIS will only live up to that promise once it’s clear how the system ensures “every Australian” gets the care they need.

Kate van Dooren receives funding from a 2014 Criminology Research Council grant. She is affiliated with the Australasian Society for Intellectual Disability. 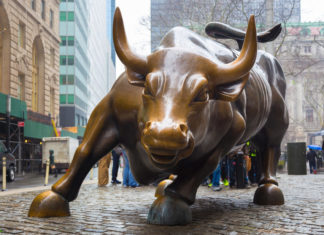 Staff Writer - May 27, 2015
Anjan V Thakor, Washington University in St Louis Something happens between the bubbles, bailouts, boom and bust cycles that we can’t afford to ignore, and...

In America’s sandwiches, the story of a nation