One hundred and fifty years after Maria Montessori’s birth, tens of thousands of teachers around the world still hail her innovations and educational philosophy.

One of Italy’s first female doctors, Montessori applied her training as a scientist to teaching children in new ways. She upended conventional thinking about education by, among other things, letting kids freely choose from an array of classroom activities to foster their independence.

Many of Montessori’s original ideas are commonplace today, especially in preschools and kindergarten classrooms: child-sized tables, hands-on games and other opportunities to play at school. Even the common practice of letting children sit on the floor was revolutionary when Montessori allowed it in her first school in 1906.

I’ve been a student of Montessori’s all my life. Before becoming a college professor, I was Montessori educated, a Montessori teacher and teacher trainer, and the mom of two (now-grown) Montessori kids. My experience isn’t unique. Montessori’s specific methods are still used in the nearly 20,000 schools worldwide that bear her name, including about 5,000 in the United States. And many of Montessori’s innovations are prevalent in preschools everywhere.

Maria Montessori was born on Aug. 31, 1870, in the small Italian town of Chiaravalle. Her family soon moved to Rome, where she excelled academically.

At 16, Montessori began to study engineering in the prestigious Regio Istituto Tecnico Leonardo da Vinci. She continued on what was an uncommon path for young women at the time, becoming one of the first Italian women to earn a medical degree.

She worked in psychiatric clinics for children, where she argued that a lack of stimulation was causing many of the patients to be hospitalized for mental and emotional conditions.

In 1904, the University of Rome hired her to research and teach anthropology.

She proposed sweeping changes to how schools were designed. Montessori had an opportunity to put her ideas into action in 1906, when she opened her first classroom in a tenement in Rome. There, she taught the children of poor laborers while their parents were working.

Montessori’s approach reflected her application of the scientific method – the cycle of hypothesizing an idea, testing it in action, and reflecting on the outcome to childhood development – at a time when scientists looked to young children to understand how people think and learn.

In the hospitals and clinics where she worked, Montessori observed children playing and the kinds of activities they seemed drawn to and how they experimented with games and toys to help them learn. She used these early observations to design that first school in Rome, the Casa dei Bambini or “Children’s House.”

Montessori constructed a “Children’s House,” filled with tools and furnishings designed for children, where kids prepared and served meals.

These kids learned to dress themselves by practicing buttons, ties and laces. They taught each other to read and write with cut-out letters they could move around, and learned to count and do math with special glass beads they could hold in their hands.

Montessori noticed children’s interest in the kinds of activities they saw around them in their homes, like sewing clothes or washing floors. Montessori described these activities as children’s “work.” Doing these tasks helped students become more independent and became a hallmark of the Montessori philosophy that remains evident to this day.

The classrooms, with their pint-sized furniture and curious games, attracted worldwide attention. Montessori lectured widely about her observations, hosted dignitaries and professors to her new network of schools in Rome, and helped to inspire others to establish the same kind of schools.

Within six years of opening her first school, there were teacher training sites and Montessori schools on five continents, and Montessori’s first book, “The Montessori Method,” had been translated into 10 languages.

At the 1915 World’s Fair in San Francisco, Montessori’s new way of teaching children was as mesmerizing as Henry Ford’s Model T automobile and the transcontinental telephone system.

Montessori lectured internationally for the next four decades, until her death from a cerebral hemorrhage in the Netherlands in 1952.

Early detractors suggested that Montessori’s theories were too radical for American schools, slowing the spread of her educational philosophy in the U.S. until the social and education reforms of the 1960s inspired a resurgence that continues today.

Attractive to many parents due to a “whole child” approach and celebrity graduates that include Beyoncé Knowles and Jeff Bezos, Montessori schools are now a popular charter school model.

More than 100,000 U.S. kids attend a Montessori public school, as do almost a million children worldwide. Only 10% of American Montessori schools are in the public school system.

But as the national conversation on race and class gains new urgency, Montessori organizations and related grassroots efforts are pushing to align their influence with Maria Montessori’s original emphasis on social justice and equity.

Montessori leaders and advocates will first have to figure out how to expand access to more families. Whether they succeed may determine if Maria Montessori’s legacy remains strong in another 150 years. 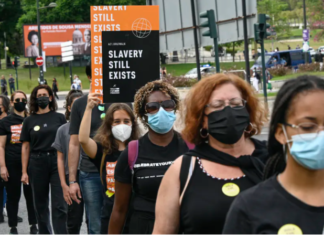 Staff Writer - January 25, 2022
Lumina Albert, Colorado State University Education leaders across the U.S. are trying to figure out how to effectively teach...