Kenosha is the latest city to see federal intervention in demonstrations against police violence. Citing its responsibility to stop “violent anarchists rioting in the streets,” the Trump administration sent armed Justice Department agents to Portland and Seattle in July. In May, after the police killing of George Floyd, it deployed National Guard troops to Washington, D.C.

Wisconsin’s governor assented to some federal assistance in Kenosha. But in Portland and Seattle, local leaders rejected Trump’s offer of help. Armed federal agents, who clashed violently with protesters, were ultimately asked to leave.

In sending federal agents and soldiers to suppress protests, the United States is part of a global trend.

France, for example, instead of designing deescalation strategies to quell its famous yellow vest protests, has been sending national police in riot gear to confront demonstrators, a decision that’s come under intense scrutiny.

And last year, when a wave of protests washed across Latin America – where militarized law enforcement has been expanding for two decades – demonstrators in Ecuador, Brazil, Peru and beyond were confronted with extreme force by their countries’ militarized police forces.

Whether their mission is to suppress protests or stop crime, international evidence shows that deploying security forces from government agencies whose primary function is armed conflict or national security – not public safety – tends to escalate, not reduce, violence.

Take Mexico, for example, which began to send soldiers and federal police to combat drug cartels in 2006. Violence skyrocketed in the places where troops were present.

Those areas were already dangerous, but statistical analyses show that violence rose far higher than it would have in the absence of troops. My own research in Ciudad Juárez, on the border of Texas, found evidence that the Mexican Army and the Federal Police even committed torture, sexual harassment and other abuses while stationed there.

Looking at Latin American countries that militarized their response to crime, researchers Gustavo Flores and Jessica Zarkin attribute the resulting escalation of violence to a combination of causes. Soldiers and national police forces have higher-grade weapons and little personal contact with the local population. Additionally, they are trained not in de-escalation but in combat, and often have an engage-and-destroy mentality.

And when local authorities are bypassed or overridden by having federal agents sent there, on the other hand – as occurred in Washington, D.C., Portland and Seattle – it generates political conflicts.

That undermines the mission and further increases the potential for violence. In Ciudad Juárez, for example, the overlapping jurisdictions of local police and federal officers gravely hindered their ability to fight drug cartels, as a leaked 2009 cable from the U.S. consulate there acknowledged.

With all these documented challenges, why send federal agents into cities at all?

Federal agencies can provide resources, intelligence and networks that local police lack. And when local, state and federal authorities work together to coordinate their missions, these deployments may be successful.

For brief periods over the past decade, both Tijuana, Mexico and Rio de Janeiro, Brazil saw short-lived but substantial safety improvements when local, state and federal authorities worked together to battle organized crime. Eventually, though, violence rose again as coordination and discipline unraveled.

In both places, long-term, non-militarized strategies to address the root causes of violence remain weak.

In many countries, too, the military is far more popular than the police. So in times of trouble and polarization, national leaders can find it politically expedient to call on the credibility of the armed forces.

In the United States, 80% of people surveyed in 2018 believed the military “will act in the best interests of the public,” according to the Pew Research Center. Meanwhile, the country is sharply divided on the police. Just 33% of Black Americans think police use the “right amount of force,” compared to 75% of white Americans.

And a meager 38% of all Americans say they have confidence in elected officials, Pew finds. Similar trust gaps between the military and other government institutions are seen in Western Europe and Latin America.

When federal troops are sent in to volatile situations, though, they can actually escalate conflict. Such deployments can end up undermining citizen confidence in the military, while leaving the underlying causes of protests or crime unresolved. 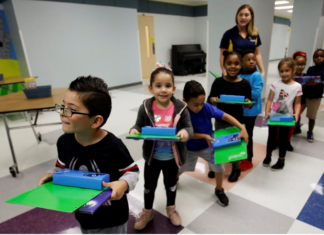 Staff Writer - November 18, 2017
Alexis R. Santos-Lozada, Pennsylvania State University Even before this year’s devastating hurricane season, the team of demographers I work with at Penn State and the...