In mental health, resolving the relative contributions of our biology and genetics and how these interact with social and environmental factors (our parenting, peer-relationships, learning, and experiences of both abuse and nurturing) is more than an intellectual puzzle.

I’m occasionally annoyed by what appears to be a rather simplistic suggestion that if there’s a biological, even heritable, element to a psychological phenomenon, then we’re inevitably discussing an illness or a disease.

Of course there are biological elements to every behaviour, thought, emotion, or human trait, since they all involve our brains, but our attitudes to these issues also have direct personal implications. As a mental health professional, a sometime user of mental health services and (like most of us) as someone with family members with more serious mental health problems, it’s certainly personal for me.

I’m probably not untypical of most people reading this. I can see clear examples of how my experiences may have affected my own mental health, but I can also see reasons to suspect biological, heritable, traits. As in all aspects of human life, both nature and nurture are involved and they are intimately entwined in a complex interactive dance.

This was certainly the case throughout my childhood and adult life. My parents had very strong religious beliefs, and I think it’s fair to say that, in addition, there was a degree of emotional repression and our family relationships were somewhat complicated.

My parents’ belief system centred around the need to love God more than anything or anyone else, including one’s children. So, after my mother’s death, when we discovered that she had confessed to a religious mentor that she was in danger of loving her children more than God, there was a subsequent process of re-adjustment. Overall, my parents rejected the material world as merely a stepping-stone to heaven (or hell) and paid little attention to worldly pursuits. I remember opening a letter from Cambridge University confirming an offer of a place as an undergraduate and my mother’s reply being “Very nice dear, now, do you want baked beans on toast for breakfast?”

But like all of us, I was also born with a particular brain. So what is it that makes me similar or not to a close relative who has had major mental health problems throughout their life? Do we behave similarly because of our shared upbringing, our shared genetic heritage or (of course) both?

I see myself as emotionally labile; my self-esteem and emotions are very fragile and very much dependent on what I imagine other people are thinking. My observations of my own behaviour are themselves subjective, and it’s possible that others do these things as much as I do. My selective attention is terrible and I find it difficult to avoid distractions.

Those who know me well will know that I work with the BBC rolling news constantly running in the background, and I frequently play games while on the phone. I appear to have problems with face-recognition; I find it almost impossible even to recognise the faces of people I know well. And when in conversation with people (in what seems to me to be a potentially related phenomenon), I find it difficult to maintain eye-contact, and look to the side to line-up images in the distance. And, perhaps most saliently, I lurch forwards and jump to conclusions in my mental logic.

So, if you give me the sequence “A, B, C” and ask me to complete the sequence, I’ll say Z. It’s unequivocally good for me in my academic career. I make abstract and surreal connections and it’s a recognised part of my teaching style.

My childhood had at least as many oddities and peculiarities as would capture the attention of any competent psychotherapist. But my professional eye has identified interesting characteristics that reflect potentially heritable traits – ones that may well put me at risk of many emotional problems. And the interactions of these heritable and environmental factors in my development have also created a person – me – that I value and respect. That’s a very odd, solipsistic, thing to say, but it’s important.

For some people, such as for my relative, these interactions cause problems. For others, like me, a presumably very similar pattern of interactions has observable similarities but different outcomes.

Of course, we need to consider the contribution of biological as well as environmental factors in our psychological makeup, and it is perfectly possible to be intelligent and open-minded about the contribution of genetic and environmental factors in our mental health – how experiences and heritable traits can interact to produce the wonderful variety of human experience. This is a much more accurate and helpful way to conceptualise what’s going on than to say that some of us – but only some of us – have “mental illnesses”.

Labels such as “schizophrenia” not only suffer from validity problems, but they also obfuscate important considerations. I don’t think it’s helpful to consider how I have managed to avoid developing “schizophrenia”, or whether I have “attenuated psychosis syndrome”.

To reduce these discussions to binary considerations of the presence or absence of disorders, necessarily constrains the scientific debate.

For many of us, there are echoes of blame and stigma, when we identify the pathology within a genetic substrate of the person. I’m reminded of Eric Pickles’ notorious throw-away comment to a voter campaigning about the abuse she’d experienced that she should “adjust her medication”. If the pathology lies in the person, and particularly if it is a biological problem, we can dismiss any further troubling considerations, such as looking at political and social issues.

One way to understand these kinds of experiences is to diagnose some form of “subclinical” syndrome, perhaps attenuated psychosis. But given what we know about how this can be abused and how traits that are seen as negative can have positive implications in life and on emotions, then we should absolutely discuss the gene and environment interactions that form our mental health, rather than lazily opting for a “disease model”. 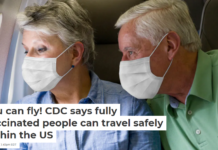 You can fly! CDC says fully vaccinated people can travel safely within the US 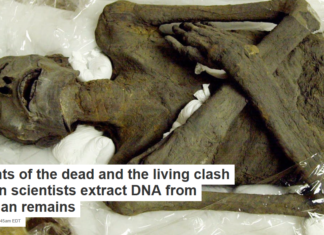 Staff Writer - April 6, 2018
Chip Colwell, University of Colorado Denver The remains of a 6-inch long mummy from Chile are not those of a space alien, according to recently...