Mesa, Arizona: a place with wide streets and narrow minds. Or so goes a once popular saying about this traditionally laid-back, conservative community that came into official existence in 1883 as a Mormon town of 300 people. The wide streets came straight from a plan designed by church leader Joseph Smith for Mormon settlements. No accounting for the narrow minds.

Now a booming city of 450,000 residents – only 13% of whom are Mormons – located within commuting distance of Phoenix, Mesa is still widely regarded as a conservative stronghold, especially in state and national elections. A recent finding that it is the most conservative big city in the US, however, is a bit more startling and a bit misleading.

What does ‘most conservative’ mean?

Mesa’s “most conservative” label is found in a recent study by two political scientists, Chris Tausanovitch of UCLA and Christopher Warshaw of MIT, who examined the policy preferences of people in 51 cities with populations larger than 250,000 and explored how they matched up with a range of policies actually pursued by their municipal governments.

Their central finding was that, contrary to some studies, municipal governments are responsive to the ideological positions of their citizens. They concluded, for example, that municipalities with the most liberal populations spend more and tax more on a per capita basis (in the process of providing more services) than municipalities with more conservative populations.

Mesa easily outdistanced Oklahoma City, Oklahoma, as the most conservative municipality. But those familiar with the city are likely to come away from this study somewhat concerned about the impression it leaves as well as by what it does not say.

Over the past several years, Mesa has in fact been led by a set of relatively moderate Republicans who, in the effort to bring life to the growing but somewhat sleepy bedroom community, have often been doing many of the same things implemented by Democratic mayors and council people in their more liberal leaning cities.

Mesa has become a big city and has acquired big city problems. Leaders have sought to revitalize the downtown area, combat sprawl (which is a particularly severe problem in Mesa), encourage use of light rail and attract new job-creating businesses. They also have worked to overcome Mesa’s image as a really boring place to live.

Conservatism may be evident in several policy areas, but much of what has been happening in Mesa has not been well received by people on the far right. They are not happy with the increased spending and debt. Nor do they approve of planning strategies that place an emphasis on increasing population densities.

Scott Smith, Mesa Mayor from 2009 to 2014 provided much of the momentum for change. Smith, one of several Mormon leaders in the community, shunned ideology and took a pragmatic approach to the city’s problems, trying to build a culture of innovation. He rolled out several high-profile developmental programs. Smith had the backing of other council members, groups such as the Chamber of Commerce, and a city staff that, as Smith saw it, did not just think outside the box but threw the box away.

In 2014 City manager Chris Brady was the recipient of a prestigious award from the Arizona City/County Management Association. In their citation the judges highlighted not only the extension of the light rail but also the recruitment of five liberal arts colleges and the building of spring training facilities for the Chicago Cubs.

Scott Smith, however, lost out in his bid for the Republican nomination for governor in 2014. He came in second in a contest where he stood out as by far the most moderate of several candidates, too moderate win the nomination in the view of political observers.

Most citizens, for their part, have been more than willing to help out by approving bonds for carefully chosen infrastructure projects. Mesa voters have also regularly approved proposals that the city be given the home rule option to spend beyond the limits imposed by the state.

In 2006, Mesa voters rejected a measure suggested by the city council for a primary property tax to provide revenue for the municipality’s general operations. At the same election, however, they approved the council’s recommendation for an increase in the local sales tax rate from 1.5 to 1.75 percent. More recently, there has been some sentiment expressed in public forums for cutting the sales tax and turning to a less regressive property tax in an effort to secure a more stable revenue stream.

A city in transition

The MIT/UCLA study compares cities on a set of specific policies. In this context, Mesa comes off as the most conservative big city in the nation.

Looking at the city over time, however, it seems fair to say that as the city has grown it has actually become less ideological (in this case less conservative) and more pragmatic. It has acquired many of the problems and policies found in big cities with more liberal populations and political leaders.

Mesa is still a Republican city, as it has long been, but moderate Republicans have replaced conservative ones in leadership roles. Who knows, with more growth and diversity and a more mobilized Hispanic population, it might even become more open to the Democratic Party.

David R. Berman does not work for, consult to, own shares in or receive funding from any company or organisation that would benefit from this article, and has no relevant affiliations. 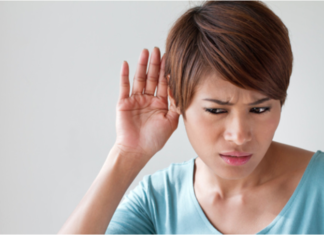 Staff Writer - August 22, 2017
Matthew Xu-Friedman, University at Buffalo, The State University of New York Our modern world is loud. Just sitting in a car, or an airplane, or...