The Conversation alone won’t save us from ourselves but it’s hard to imagine a time when it was needed more.

We’re losing touch with the facts. Take global warming. An overwhelming majority of scientists agree that climate change is happening and that it is manmade. But 26% of Americans say there is no solid evidence that the earth is getting warmer and an additional 18% attribute it primarily to natural causes rather than human activity. Here is another example: 20% of Americans believe doctors and the government want to give children vaccines despite knowing that they cause autism – which they don’t.

Toss in such truly wacky ideas as death panels being part of the new health care system and you have a public mired in misinformation.

Ever since the first scientific polls revealed that most Americans are marginally informed about politics, analysts have asked whether citizens are equipped to play the role that democracy assigns them. Cause for optimism occurred after World War II when, as Markus Prior showed in Post-Broadcast Democracy, increased education levels and the emergence of television news as an almost inevitable part of a family’s evening viewing contributed to a better informed public.

That trend has reversed itself. Misinformation is on the rise. Whatever else one might conclude about self-government, it’s at risk when citizens don’t know something but think they know it. They’ll have opinions, but the opinions will be grounded in something more fanciful than real.

We don’t have to search far for reasons why citizens are losing touch with reality. Our information system has been corrupted by talk show hosts who tell tall tales, politicians who concoct self-serving half truths, journalists who orchestrate phony debates, public relations specialists who spin nearly everything imaginable. Sadly, some of them have been at it so for so long that even they can no longer tell fact from fiction.

Ideally, the media is a source of information that is not only accurate but also relevant. On this second dimension, too, we’re being shortchanged. Media outlets put out a torrent of news about celebrity misdeeds and weird events. A few years ago, the antics of Lindsay Lohan — a B-list actress by any standard — received a level of news coverage that would be the envy of a cabinet secretary. So would the name recognition she acquired. A poll revealed that Lohan was more widely known than all of the then-cabinet members except Hillary Clinton.

Nearly a century ago, Walter Lippmann, one of America’s best known journalists, and John Dewey, one of its best known philosophers, criticized the quality of public information, saying it was more likely to distract than inform.

In the years that followed, their agreement on that point was largely forgotten because of a point on which they disagreed: the public’s capacity for informed judgment and the type of journalism that could fortify it.

Lippmann was the skeptic, Dewey the optimist. Strengthen public education and tilt journalists toward citizens’ everyday concerns and the public will meet its democratic responsibilities. That was Dewey’s view. Lippmann thought there were inherent limits on the citizens’ willingness to engage with public affairs, which led him to a more elitist view. As Lippmann saw, journalists needed to harness knowledge so that their reporting is as precise as possible.

Although Dewey and Lippmann never held a public debate, scholars have since acted as if they did and have claimed that journalists need to make a choice: Dewey’s model or Lippmann’s. Yet the need to choose disappears when one focuses on their main concerns. Lippmann’s objection to the practice of journalism was its lack of discipline —- the result being inaccurate and misleading reporting. Dewey’s objection was journalism’s lack of relevance —- the result being a focus on the powerful at the expense of the interests of ordinary citizens.

The fact is, democratic societies need information that is both trustworthy and relevant. Today’s media system is deficient in each respect.

That’s not to say that all involved in public communication contribute to the problem. Many journalists and public servants strive to keep the public informed and engaged. But there aren’t enough of them and too many of them lack the knowledge and the resources to do it well on a regular basis. Few examples illustrate the point more clearly, to my mind, than the blithe reporting that portrayed the Arab Spring as a flowering of Middle Eastern democracy.

Lippmann argued that the accuracy of public reporting is an index of the state of knowledge on the subject in question. But it’s also a function of whether that knowledge is readily accessible. The Conversation helps unlock what we reliably know.

As one examines the information available through The Conversation, one is struck by the fact that much of it is contextual. Not, for instance, the news-borne details of today’s events, but instead the underlying causes and consequences of these events. Such information has never been daily journalism’s strong suit. In 1947, the Hutchins Commission on Freedom of the Press concluded that reporters routinely fail to provide “a comprehensive and intelligent account of the day’s events in a context that gives some meaning.”

The news media is arguably better on that score today but there’s still a long way to go. A study of economic news coverage by Ted Smith and Robert Lichter, for example, found journalists’ contextual explanations to be “episodic, shallow and formulaic, focusing on the most obvious short-term effects … [like] ‘the dropping dollar got a lift today, and that pushed up stocks on Wall Street.’”

Public information that is at once trustworthy and relevant is a scarce commodity. That’s why The Conversation’s arrival in America is worthy of celebration.

Thomas Patterson is a member of The Conversation’s editorial board. 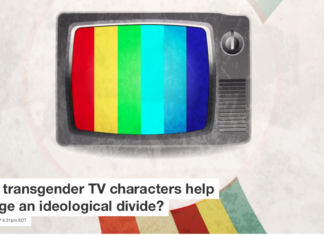