Economics is broadly divided into macroeconomics and microeconomics. The big picture, macroeconomics, concentrates on the behavior of a national or a regional economy as a whole: the totals of goods and services, unemployment and prices.

Then there’s a more detailed picture: the economic decisions that people and businesses make. Microeconomics analyzes behavior. It looks at how individuals and companies respond to incentives and allocate scarce resources efficiently.

People struggle to get as much as possible while spending as little as possible. The economist Thomas Sowell has said there is never enough of anything to fully satisfy all those who want it. This omnipresence of scarcity in our lives makes the study of human behavior compelling.

In the 19th century, economists referred to consumers as “economic men” or homo economicus. Today they might call consumers economic people. All of these terms refer to the idea that individuals make decisions based upon the rational pursuit of their self-interest.

The meaning of self-interest is pretty clear, but it’s important to comprehend what economists mean by pursuing it rationally.

To an economist, behavior is rational if it helps attain goals. Economists do not pass moral judgment on a person’s goals. Behavior that may seem irrational to a non-economist is not necessarily so to an economist.

To see this, say that a man named Raj wants to rob a bank. Given that goal, economists would say that if Raj conducts surveillance on the bank to look for security cameras, that’s rational behavior — for Raj.

Or if a woman named Asha hates credit cards, economists pass no judgment on her thinking and would say that for her, it is rational to burn credit cards.

Consumers want the most they can afford

To buy anything, a consumer must interact with a producer — a seller — whether that seller is a mom and pop store or Amazon. Consumer theory says they examine prices because they are interested in getting those goods and services that will make their satisfaction as large as possible at the lowest possible price.

Microeconomists study that interaction mathematically in two ways. First, they try to gauge a consumer’s satisfaction level by assigning a number based on how much this consumer values the goods and services she chooses to buy in a market. They call this number utility.

Therefore, the central problem in consumer theory is the study of how consumers go about maximizing their utility in market settings — buying as much of what they like with the money they have available.

What fascinates microeconomists studying utility maximization is that it nicely illustrates a central tension in economics: how best to satisfy unlimited wants with limited means. The “unlimited wants” are captured by the notion of utility, and “limited means” refers to a consumer’s finite income or budget. Economists call this a constrained maximization problem.

As an example, consider Sheila, who has a budget of $1,000 a month (her constraint) for apartment rent. The monthly rents for apartments A, B and C are $900, $1,000 and $1,500. Sheila rules out apartment C – it’s too expensive. Apartment A will save her money, but apartment B, within her budget, may be nicer.

An integral part of microeconomics is the theory of the firm, the term economists use for companies. Economists believe that businesses exist because team production is efficient and it minimizes the costs of contracting.

Economists study how businesses make as much profit as they possibly can. Companies, like individual people, try to solve a maximization problem: how to maximize their profit. Producer theory seeks to explain how businesses do that.

The study of profit maximization is fascinating to a microeconomicist like me because no company can produce whatever it wants and in unlimited quantities. Businesses are constrained by their technical capabilities and the cost of paying for inputs like capital and labor. Microeconomists describe these technical capabilities by means of the production function. This mathematical relationship describes how businesses use capital and labor to produce their goods or services.

Microeconomics looks at how consumers and companies behave so that they can understand why society needs economic policies to regulate and shape their behavior. 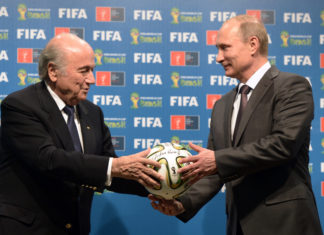 FIFA is back to its core business – but Platini should...

Is the US in a recession? Well, that depends on whom...