By Kylar Loussikian, The Conversation

Microsoft’s research arm will partner with the University of Melbourne to explore how people interact socially with technology. But indicators continue to show Australia trailing other countries in terms of business collaboration.

The A$8 million Microsoft Centre for Social Natural User Interface Research will be funded in part by the technology company, and will employ 28 people through Melbourne University. The remaining funds will come from Melbourne University and the Victorian Government.

Researchers, led by Frank Vetere at Melbourne University’s department of computing and information systems, will focus on gestures and other ways humans can manipulate technology for use in a number of areas like education, health and other public settings.

Australia has traditionally lagged behind other developed countries in collaborations between private firms and higher education. A recent OECD innovations report found Australia was last out of 33 countries in large firm collaboration.

And the “town and gown” divide between academia and business is “getting worse, not better”, according to Tim Mazzarol, the Winthrop Professor in entrepreneurship and innovation at the University of Western Australia.

“The reward systems inside universities are not set up for commercial activity and they focus on being published in journals of a certain ranking,” he said.

“Commercialisation is often a very long pathway and we don’t have a strong track record with the cooperative research centres that were designed for commercial outcomes.”

Professor Vetere said the gap was “an artefact of the sort of country we are”.

“Many of the large developers are international. We don’t have a Nokia like Finland or an Ericsson in Sweden, so we don’t have these major, major companies,” he said. “So we are underrepresented in these kinds of centres, and they are much more common in North America or in Europe.”

The Social Natural User Interface Research Centre, which was launched this morning by Gordon Rich-Phillips, Victoria’s Minister for Technology, is the 14th in a network of Microsoft research facilities. Professor Vetere said there were opportunities for researchers to work with Microsoft’s Redmond headquarters, as well as at the research centre at the University of Oxford.

He said the direction of the Centre’s research would be determined by an advisory board, as well as by expertise the faculty already had. But he dismissed any concern the focus would shift to research that was more easily commercialised.

“If you look at the way Microsoft has engaged with research in the past, their focus has always been the contribution of knowledge, so they’re very high contributors to publications, scholarly journals, conference proceedings,” Professor Vetere said. “They are very much interested in the outcomes of research because it extends our knowledge base.”

Professor Mazzarol said collaboration with smaller companies was more difficult to organise. “Small companies haven’t got the patience for things like the ARC Linkage Grants because they come with requirements for a lot of cash and in-kind support to make the project work,” he said.

The University of Technology, Sydney is also moving toward a number of partnerships with large and small businesses, under the guise of a creative industries innovation precinct.

Roy Green, Dean of the UTS Business School said he envisaged the project would extend past the current partners if successful. “It’ll involve connections with startup capital in the way that you see happening in a number of other precincts around the world,” he said.

“Places like Cornell Tech’s ‘Silicon Alley’ initiative in New York and ‘Silicon Roundabout’ in the east of London around Shoreditch, that’s where you see foreign investors, local startups and universities developing together.”

Professor Green wasn’t concerned commercial requirements would change research conducted by academics. “Much of the research that has a commercial application is excellent and much of the commercial work that’s done is a breakthrough in thinking in a particular area.”

“The real long-term benefit is this takes places at the interface of disciplines, so it’ll encourage more interdisciplinary research,” Professor Green said. 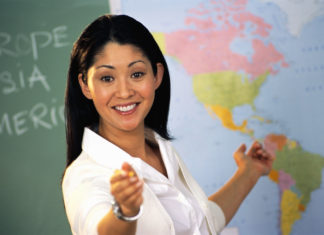 Staff Writer - January 6, 2015
By Christopher Wilkins, University of Leicester Recruitment of student teachers to begin training in 2015 is well underway, and the government hopes it will lead...

Our sense of wellbeing has been in decline for years –...