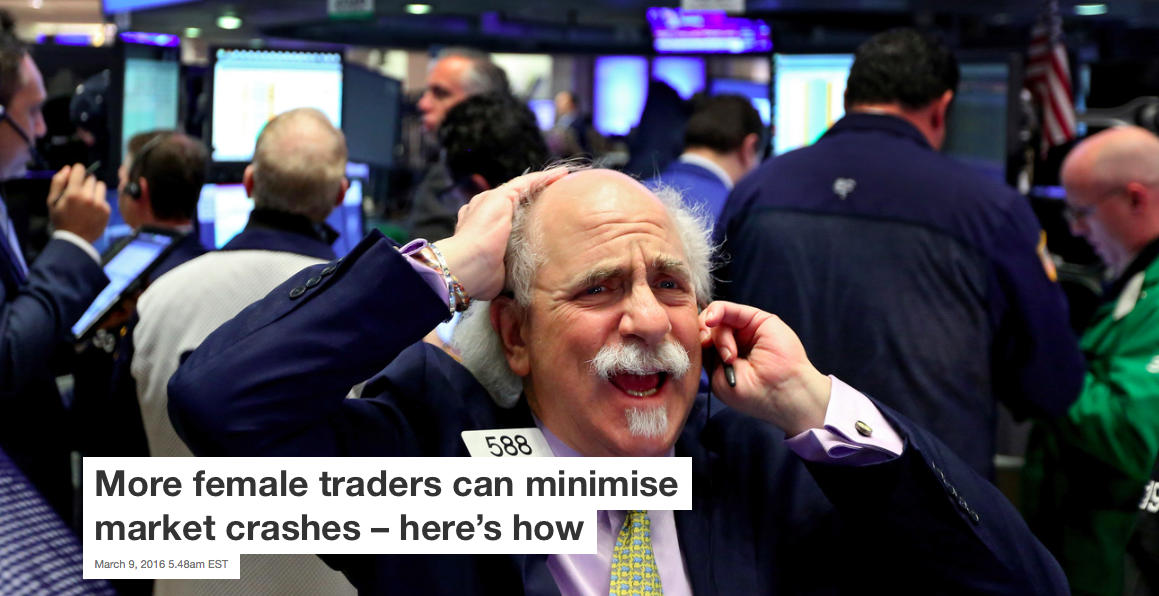 While the scenes depicted in the film The Wolf of Wall Street might be extreme, they do reflect a truth: that the world of finance is overwhelmingly male. It is this male-dominant culture, fuelled by testosterone, that has been blamed by regulators, academics and the popular press for instability and crashes in the financial markets. And with reason.

Experiments conducted by psychologists and others have shown how testosterone affects decision making and in particular individual attitudes to risk. People with higher levels of testosterone are more likely to take bigger risks.

This means that an individual who gambles and wins will have higher testosterone levels and be more likely to make larger gambles in the future. This effect is stronger in men than women because their levels of the hormone are more sensitive, making male levels of risk aversion more volatile over time.

Investigations into the hormone levels of traders in financial markets have shown that they are subject to this effect – making profits leads them to a willingness to take bigger risks. In a market dominated by men, this effect could have substantial consequences.

It is difficult to generalise about the effect of hormone levels on the market as a whole, as most studies only look at individuals or small groups of traders. At any given time, some traders will be making profits while others will be making losses, so the effect of hormones on overall market stability is unclear. They may, as some claim, lead to instability, but the impact across the whole sector could also cancel itself out.

So to get a clearer picture of the effects of hormones on the wider market, colleagues and I constructed a model of traders in a financial market and how the fluctuation in hormone levels might affect their decisions. We found that traders did become less risk averse when they were making a profit and more risk averse in response to losses. And the size of this effect was determined by the trader’s gender – men suffered from much greater swings in their risk-taking behaviour than women.

Using this model, we then were able to consider the whole market and whether market behaviour would change if there were more female traders.

Our results show that the proportion of female traders does have a strong effect on market stability. On a day-to-day basis, a greater number of female traders results in higher overall volatility – the frequency of shifts in asset prices is greater, although they tend to be relatively small. Extreme price changes, however, are less common when there are more female traders.

This is significant for financial stability, as a larger number of relatively small daily price changes, as seen when you have more female traders, can be dealt with. Extreme price changes, such as those when you have more male traders, on the other hand, can cause real difficulties in financial markets, as traders and the market panic in response to sudden swings. More female traders may therefore make the markets more stable.

Our model also shows that, as a group, female traders make greater profits on average than male traders. The most profitable individuals, however, are most likely to be male. The reason for this is again driven by hormones. While most male traders who get carried away and make big bets go on to make big losses, a very small proportion are lucky – they make larger and larger bets and win very big as a result.

Financial firms are famous for rewarding their star traders – those that were lucky and took big gambles. Our results show that by doing this they will tend to reward male traders at the top of the distribution. This will likely lead to more male traders being recruited over time, even though on average they do worse than women – and are more likely to trigger the really big crashes. 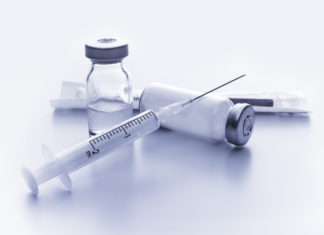