By Peter Gahan, University of Melbourne

The Abbott government’s Industry Innovation and Competitiveness Agenda is an economic policy statement likely to define its term in government.

The Agenda has four planks in the government’s efforts to boost innovation and competitiveness, including reforms that:

The Agenda can in part be read as a narrative intended to make sense of the government’s economic reforms to date, but also as an attempt to lay the groundwork for economic reforms in its second term in office.

It seeks to frame the plethora of different policy reforms that have emerged over the last 12 months as a coherent and well thought through economic strategy. Indeed, much of what is included in the Agenda is current policy – or initiatives that are announced but not yet implemented. No doubt government will face criticism that it has relaunched and repackaged much of what it has previously promised, but not managed to deliver in full.

A break with the past

In some respects, the Agenda resonates with the broad directions for industry policy proposed by the Rudd Government prior to the last election. It is seeking to grapple to the same policy dilemmas – slow productivity growth, disruptive technologies, and the need to rework business regulation to meet the new policy environment post the global financial crisis.

Beyond that, however, the comparison fades. The most important difference centres on the extent to which government uses market-based competition to drive competition and innovation. The intention to roll back business regulation and reduce the corporate tax burden and other costs associated with doing business are central elements of the plan. This rollback extends across the board, from streamlining product and other regulatory standards through to simplifying the process for bringing a new start-up to life and hiring new employees.

Among the many new initiatives included in the Agenda are some long-overdue reforms, as well as some promising policy innovation.

Among the overdue reforms is the proposal to align taxation arrangements to favour the use of employee share-ownership schemes (ESOPs). While not widely practiced in Australia, ESOPs have become more common over the last decade or so. International research has demonstrated such schemes can enhance productivity and employee engagement and willingness to embrace workplace change. They contribute to what are commonly identified as “high performance work practices”.

The proposal to enhance investment in STEM subjects – science, technology, engineering and maths – in secondary schooling and vocational education and training is also overdue. More contentious, however, will be initiatives in this area which seek to give industry more influence over school curricula, the planned trial of P-TECHs, and the introduction of associate degrees that bridge training in secondary school and the VET sector.

Perhaps the core initiative, and the one that represents a significant shift from current industry policy settings, is the announcement to fund five “growth centres”. Modelled on similar initiatives in the US, UK and Canada, A$188.5 million will be spent to establish growth centres in five high potential industries for government support – food and agribusiness; mining equipment, technology and services; oil, gas and energy resources; medical technologies and pharmaceuticals; and advanced manufacturing.

Just how these growth centres will operate, or how different they will be from previous initiatives to create innovation precincts, is not yet clear. Significantly, however, this initiative recognises the importance of government working collaboratively with industry to locate areas of competitive strength.

They explicitly recognise that, alongside competition and well-functioning markets, innovation and competitiveness requires a degree of coordination and collective action among firms, government and other industry stakeholders to be able to develop a healthy industry level “ecosystem”. Markets alone will not create a sustainable competitive advantage for small and large firms.

Whatever form they take, growth centres will, in the end, need to meet two key tests to be successful – an economic and a political one.

The economic test will be whether they can truly spawn new industries and opportunities for job growth – particularly where the aim is to redirect government support away from failing industries towards firms that demonstrate potential to innovate and shift into advanced, value-added manufacturing. This is a major policy shift, and one that is also long overdue.

The growth centres will have just four years to develop into self-funding bodies which can drive a major transformation in Australian industry. This may be asking a great deal of them over a relatively short period of time. Arguably, the government’s investment in this initiative will need to be reviewed and a longer-term financial commitment from both government and industry will be critical. Done well, this approach should also find bi-partisan support and yield a meaningful policy framework to support the re-invention of Australian manufacturing.

The political test will be whether the growth centres provide enough institutional support for business to manage a period that will be marked by ongoing turbulence and disruption in many industries. Kick-starting growth may prove to be more challenging and take more time than can be anticipated.

In the meantime, disruption will surely generate demands for protection and subsidies to avoid job losses or underwrite the costs of weathering economic restructuring that will surely follow. The reform process enables government to bring everyone along on what may be a rough ride with many losers as well as winners.

This new policy agenda can also be read as a statement of future intentions – the economic policy ambitions for a second Abbott term.

The past tells us that many of them, such as industrial relations reform, privatisation of public assets, and tax reform, make for a necessarily ambitious, but politically fraught, agenda.

The Centre for Workplace Leadership receives funding from the Commonwealth Government. 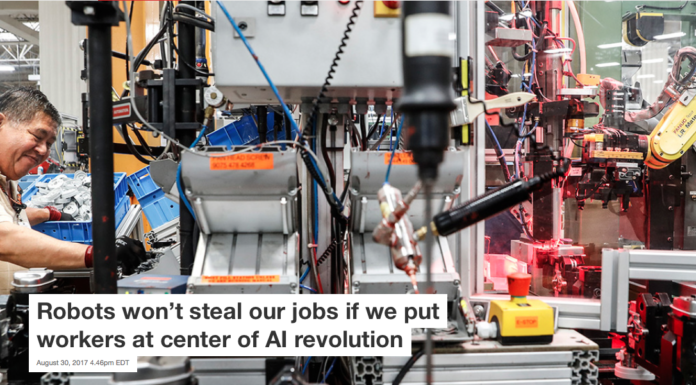