Ten years on from the Australia-US Free Trade Agreement, Australia is entering another round of negotiations towards the new and controversial Trans-Pacific Partnership. In this Free Trade Scorecard series, we review Australian trade policy over the years and where we stand today on the brink of a number of significant new trade deals.

Amid the Abbott government’s push to conclude bilateral trade agreements with Japan, South Korea and China, you’d be forgiven for having missed the larger trade negotiations Australia is party to. The Trans-Pacific Partnership (TPP) is being negotiated by 12 countries: Chile, New Zealand, Singapore, Brunei, the United States, Malaysia, Peru, Vietnam, Canada, Mexico, Japan – and Australia.

Simultaneously, Australia is in talks on a Regional Comprehensive Economic Partnership (RCEP) along with the 10 members of ASEAN, Japan, China, South Korea, India and New Zealand.

For many, this is all to the good. More than two-thirds of Australia’s trade is with the Asia Pacific and, with all of these forums and suitors, the fears of being shut out of Asian markets seem so early ‘90s. But Australia would be naïve to ignore the more serious edge to what it is involved in here.

The key fact about TPP and RCEP is that each excludes one of the world’s two largest economies. China is not party to the TPP talks. The US isn’t part of RCEP negotiations. This is a pretty clear sign that it’s all not just about free trade and goodwill. It’s about TPP versus RCEP, as trade agendas become a major vehicle in the growing strategic competition between Washington and Beijing.

For flint-eyed trade economists, the non-trade aspects of TPP versus RCEP are obvious. Apart from Japan, none of the parties to the TPP negotiations are significant trading partners of the US; and six of its 12 parties already have trade agreements with the US.

On the RCEP side, trade economists point to the remarkably low utilisation rate of existing trade agreements among Asia Pacific countries – meaning that very few companies actually make use of the profusion of preferential trade agreements that span the region.

Why are nations pursuing both agreements?

If the economic advantages are unlikely to be significant, why are countries spending so much diplomatic coin in pursuing TPP and RCEP? A closer look at the negotiating strategies of the main parties – the US and China – and the broader geopolitical dynamics in the region suggests that TPP and RCEP are part of a high-stakes contest between Washington and Beijing over the regional rules of the road.

The main dilemma of America’s Asia policy for the past 15 years has been how to integrate the rapidly rising powers in the region – and China in particular – into the established rules for how the Asia Pacific works. Washington was not alone in this. A host of countries in the western Pacific, including Australia, wanted to be able to benefit from the dynamism of the Chinese economy, but worried that China’s rise would disrupt a stable and prosperous regional order.

The answer was a strategy that can be called co-optive socialisation. This was the belief that by welcoming rising powers into regional institutions and being willing to shift representational and decision-making structures to accommodate their interests, while demonstrating the material benefits they received from existing arrangements, this would convert outsiders into supporters of the prevailing order. Or as former US deputy secretary of state Robert Zoellick put it, “responsible stakeholders”.

By about 2010, there was a growing realisation in Washington, Canberra and other capitals that this strategy hadn’t really worked. As China threw its weight around in the South and East China Seas, policymakers began to realise that perhaps socialisation was working in reverse: having joined all the region’s organisations, Beijing was using them to deflect pressure from its more assertive policy.

Over the same 15 years, China’s main dilemma has been how to preserve those elements of the existing rules that are to its ongoing benefit, while changing those it believes are a risk to its stability and prosperity, or are an affront to its sense of its rightful status in the world. Its initial answer was reverse socialisation – joining institutions, accepting a greater say and using its weight to block or undermine those aspects it disagrees with.

But China too realised the limits of this strategy in around 2010. Reverse socialisation just wasn’t delivering the changes Beijing wants at a rate commensurate with the growth of its economic stature and sense of status.

TPP vs RCEP: a regional test of strength

Enter TPP versus RCEP – each representing the new phase in Sino-American order rivalry in Asia. Washington’s strategy behind TPP might be called coercive socialisation: a belief that non-compliance should be met with a re-investment in the original rules, along with imposing clear costs on those that don’t comply with them.

Everyone from US president Barack Obama down champions the TPP as a “high quality” trade agreement, because it includes measures targeting “behind the border” trade protection. These include highly politically contentious issues such as intellectual property rights, government procurement, investor-state dispute resolution, and labour and environmental standards.

TPP advocates argue that the winners in the new global economy, in which manufacturing and services are widely distributed and must flow seamlessly to capture economic gains, will be countries that are first to conclude “gold standard” trade agreements like the TPP.

Through the TPP, the US is stating clearly its insistence on what it believes to be the foundation rules and values of Asia Pacific prosperity. But it’s tying these to clear benefits: balanced and steady economic growth, a dynamic and integrated trade and investment system, and a stable and secure region underpinned by an American security guarantee.

It is a tough-love message: getting into the TPP will be a hard grind, but staying out of it will bring real costs. And by offering accession to all regional comers, including China, the US is making entry conditional on socialisation, rather than vice versa.

China’s response has been to back RCEP as part of its new strategy of gravitational re-engineering: relying on the size, dynamism and momentum of one’s own economy or example to attract swing players to one’s own alternative institutions or side in an existing institution or negotiation.

For Beijing, RCEP is a defensive measure against the TPP. It is calculating that the lure of the size and dynamism of the Chinese economy will convince the region to opt for a more “Asianist” grouping, rather than the TPP’s Pacific model, which threatens to divide Asia’s economic regionalism. The ambitions of RCEP are much lower: while covering trade, services and intellectual property, the terms are much less politically demanding of the negotiating parties.

The stakes are high for both the US and China. If Washington has set TPP’s ambitions so high that it is unable to close the deal, it will represent a major setback to Obama’s “rebalancing” strategy in Asia.

The key country is Japan. Without Tokyo, TPP becomes much less convincing and the costs of staying outside much less worrisome for Beijing. But if the US lowers the bar for Japan, it loses a major chance to advance its coercive socialisation agenda.

If Beijing pushes too hard for a compromise deal on RCEP, the lure of TPP will remain for other Asian economies. The nightmare for China would be to be the last major economy to join TPP – and therefore subject to all the tender mercies of US trade negotiators.

This article draws on research prepared for the 2014 Workshop “Ten Years since the Australia-US Free Trade Agreement: Where to for Australia’s Trade Policy?” Sponsored by the Academy of the Social Sciences in Australia and Faculty of Arts and Social Sciences, UNSW Australia.

Michael Wesley does not work for, consult to, own shares in or receive funding from any company or organisation that would benefit from this article, and has no relevant affiliations. 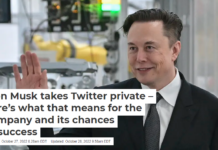 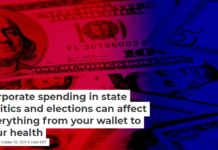 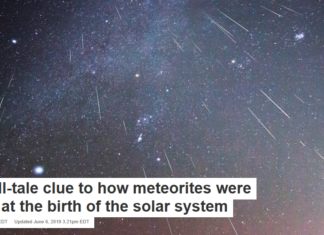 Five ways that the super-strong US dollar could hurt the world...