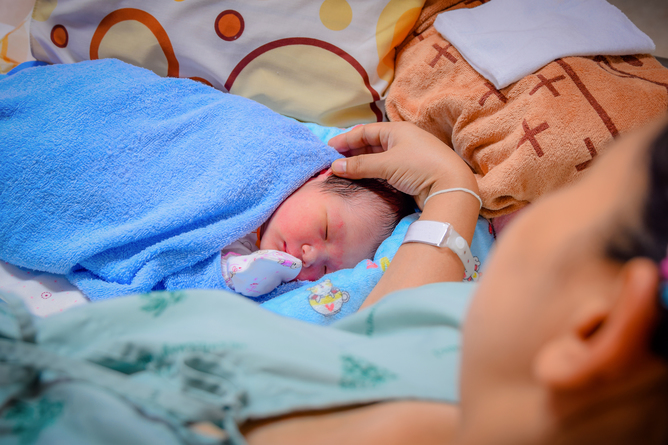 Last month’s announcement that Cuba is the first nation in the world to eliminate mother-to-child transmission of HIV underscores a curious silence around a more significant triumph far closer to home: elimination of mother-to-child HIV transmission in New York state. Inexplicably, there have been no press releases or publicity concerning this.

The term “elimination” as used by public health officials means neither eradication nor zero cases. It means reduction to a level so low that it has become a negligible health threat.

Two years ago, New York state – with a larger population than Cuba’s – became the first state with a high rate of HIV to meet the criteria for elimination when only two HIV-infected babies were born.

New York’s largely unrecognized success is all the more significant given that, in the early 1980s, the state had the dubious distinction of leading all other states and most places in the world in the number of HIV-afflicted men, women and children.

But New York state went from having the highest rates of mother-to-child transmission in the US and one of the highest in the world to eliminating it by identifying HIV-infected women prenatally or HIV-exposed babies shortly after birth and ensuring that they immediately received AIDS medications. New York state’s elimination of mother-to-child transmission is a blueprint for countries trying to achieve the same thing.

Learning how to prevent mother-to-child transmission

At the height of the epidemic in some pockets of Harlem and the South Bronx, pregnant women had rates of HIV comparable to areas of Sub-Saharan Africa today. And that meant many babies were born with HIV.

An untreated pregnant woman with HIV has a 25%–40% chance of transmitting the virus before birth, during labor and delivery, or after birth through breastfeeding.

In New York state in 1990, nearly 2,000 HIV-infected women gave birth to somewhere between 475 to 760 HIV-infected babies. Mothers and babies with HIV were predominantly found in the city’s impoverished minority neighborhoods.

In those days, before effective AIDS treatment, many of these babies got sick early in life and died before the age of five. In Harlem, where I worked as a pediatric AIDS specialist, AIDS quickly became the leading killer of children. There were times when AIDS babies filled all the cribs in the intensive care unit of Harlem Hospital and half of those on the wards. The days before the advent of the “AIDS cocktail” were characterized by death and dying, profound fear, and unimaginable suffering and hopelessness.

But since 1990, there has been a 99.5% decrease in the number of HIV-infected babies in New York. How did New York state achieve this?

The availability of AIDS drugs changed everything.

With treatment, babies with HIV stopped dying and began aging into childhood, adolescence and adulthood. In 1994 came the dramatic and unexpected results of a study showing that treatment with AZT, an anti-AIDS drug, during pregnancy and short-term treatment of the newborn could reduce mother-to-child HIV transmission by two-thirds. That translates into dropping the transmission rate to 8%.

In response, New York state implemented clinical guidelines recommending routine prenatal HIV testing for every pregnant woman in the state and AZT treatment for every HIV-infected woman and HIV-exposed newborn. Because infant formula was widely available, mothers with HIV were counseled not to breastfeed.

HIV testing and counseling programs, medication, formula and care programs were provided by government-funded programs at private and municipal hospitals, most of which were in New York City. And programs were put in place to increase the follow-up of mothers and babies.

One of the largest logistical challenges to progress was ensuring that, as part of routine patient care, routine HIV testing occurred. HIV testing rates were initially low, but after years of intense debate about how best to accomplish this, at least 95% of women now know their HIV status before delivery, and all babies are tested for HIV. And the treatment regimen has expanded from one to three anti-HIV drugs, lowering the HIV transmission rate to less than 1%.

Nationally, the Centers for Disease Control (CDC) has supported approaches similar to those used in New York, and cases have declined by over 90%.

Similar trends have been witnessed in all developed countries. And globally, thanks largely to multiple programs funded by the World Health Organization, the Global Fund to fight AIDS, Tuberculosis and Malaria, and the United States President’s Plan for AIDS Relief (PEPFAR), the number of HIV-infected babies has gone down by half since 2009.

This success is due to a number of different, interlinking factors, but successful efforts worldwide share the following: availability of and access to prenatal care and follow-up for mother and baby, HIV testing programs and the availability of AIDS drugs.

New York’s achievements have provided a beacon of hope as well as a road map that has been successfully tailored to the needs of resource-poor settings throughout the world.

Lessons from New York in the Dominican Republic

The Caribbean has the second-highest rate of HIV in the world, but some countries in the region fare much better than others.

Cuba, for instance, has always had the region’s lowest HIV rate, while 80% of infected individuals are found on the island of Hispaniola, shared by Haiti and the Dominican Republic.

Using lessons learned in New York, colleagues and I have worked over the last 15 years to reduce the mother–newborn HIV transmission rate in the Dominican Republic by an estimated 84% and to achieve elimination in one large province.

This was accomplished through the creation of a national AIDS program that provided free HIV testing, prenatal and newborn care, baby formula, free AIDS drugs via the Global Fund to Fight AIDS, Tuberculosis and Malaria, and use of a three-drug “AIDS cocktail” for treatment.

Similar strides are being made in Africa.

Botswana, with the second-highest HIV rate in the world and where one in three adults is HIV-infected, has reduced the rate of maternal HIV transmission to 4% using a similar approach.

One issue in most low-income countries is that formula-feeding is not an option because of its expense. But even when provided through donation programs, the lack of clean water and means to prepare it hygienically, in tandem with the loss of biological protection that breast milk otherwise provides, led to significantly poorer infant survival and well-being.

Therefore, breastfeeding in many areas of the world is imperative. Treatment regimens for such settings have been developed so that women can safely continue to breastfeed.

Despite the progress, our work is far from over.

A quarter of a million HIV-infected babies are still born annually worldwide. In the US, the epidemic continues to disproportionately affect impoverished minority women. Each year nearly 9,000 HIV-positive women give birth to about 150 infected babies.

As we celebrate global progress, it is time to reopen a dialogue in the United States that reminds us of the work that remains right here at home. Without sufficiently funded ongoing state-of-the-art services tailored to the unique medical and psychosocial needs of these mothers and their babies, the hard-fought gains we have achieved could be reversed. 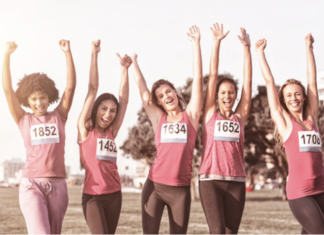 Staff Writer - October 5, 2017
Henry J. Thompson, Colorado State University Repeated studies have shown that physical inactivity, and the occurrence of obesity to which it is linked, increases the...

Is the new iPhone designed for cybersafety?