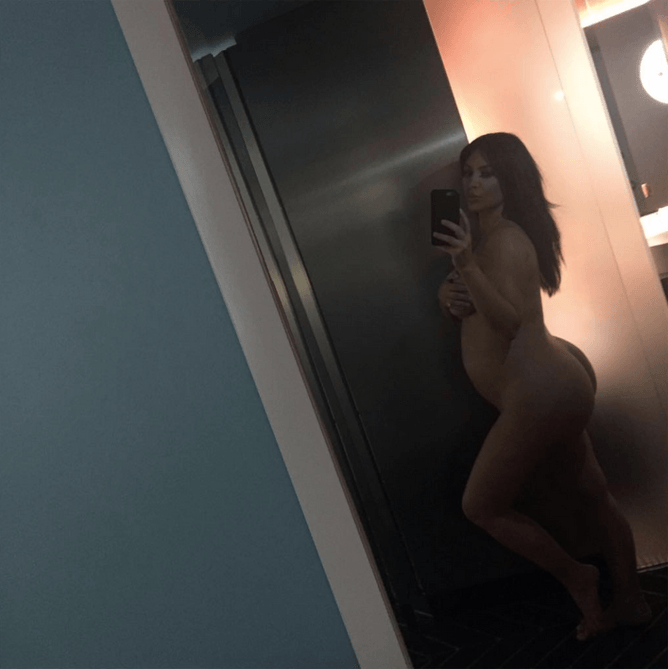 Kim Kardashian has made headlines again for a selfie. And this time it’s not in the Daily Mail – no, instead it’s Jonathan Jones, the Guardian’s art critic, whose recent piece celebrates Kardashian and “the power of the nude”.

This “selfie would turn Titian on”, gawks the headline. Meanwhile an unpeeled Kim stands pregnant and pouting in the halflight, trapped forever in a smudgy kaleidoscope of sloping lines and smartphone angles, peering into a tiny digital reflection. “Ours is the most misogynistic age in history,” decries Jones:

Only in our time does every image of beauty tell women to get thin, thin, thin … Rich, ample, curvy, rampant flesh is, for Rubens, simply and obviously sexy.

After rhapsodising about how Titian loved a curvy gal and that Kardashian too “really does love her own body” – making her almost the same as Titian, then – he concludes that Kardashian “is raising questions about the nude today”.

That’s right. Kim Kardashian is an artist now. She has elevated the selfie to an art form. Her new book, Selfish, is a collection of her selfies. Everything, for Kim, is about the look of things. In interviews she recalls a younger Kim Kardashian being drawn to images of “interracial couples” and thinking they were “cute”: “I’ve always been attracted to a certain kind of look.” Selfies, for Kim, are a vehicle of empowerment: “I have the control to put out what I want, even if I’m objectifying myself.” She demurs from calling herself a feminist. What she says is: “I think you would call me a feminist.”

So ensorcelled is Jones with the ample, rippling flesh of Titian’s golden girls – trying vainly to link the Venus of Urbino to Kardashian by co-factors other than their “plump” sexiness – that he forgets some other depictions of Venus to which Kardashian’s “oeuvre” might usefully be compared. For instance, Sarah “Saartjie” Baartman, the so-called Hottentot Venus, who was brought to Europe from South Africa as a naked zoo exhibit on account of her large buttocks and breasts and whose naked corpse, after her death in 1815, was cast in plaster and remained a museum exhibit until 1974.

Or how about Velazquez’s “Rokeby” Venus, where the model poses, buttocks to the viewer, gazing into a mirror held by Cupid; looking not at her own reflection in the glass, but at the viewer – or rather an endless succession of viewers – who in turn are assumed to be gazing at her body. Which is precisely what Kardashian sees in her viewfinder: not love of her own body, as Jones believes, but of her image; triangulated validation through the imagined unknown eyes of all those who will, now, behold her. Kardashian, like Velazquez’s Venus, exists not in a mirror reflection, nor even in her own conscious gaze; but in the imagined gaze of her viewers.

More. If Kardashian is an artist, how about a comparison to Marie Bashkirtseff? Bashkirtseff was a 19th century Russian artist who, like Baartman before her, died at just 25. But unlike Baartman she was committed to the creation and preservation of her own imagined self, presenting her journals to the world with the words: “If I do not die young, I hope to survive as a great artist; but if I do not, I will have my journal published, which cannot fail to be interesting.” She added: “I think myself too admirable for censure.”

Bashkirtseff sought vainly to create herself as her own heroine, but Bashkirtseff wrote and painted. She spoke several languages. She took her craft seriously. She studied. Kim Kardashian, both artist and muse, exists only as an image – an object in the eyes of others, mediated by herself-as-lens. And as for whether she is a feminist, she can only compute this via the imagined perception of others.

Nearly 70 years ago, Simone de Beauvoir wrote that women become accustomed far more often than their male counterparts to defining themselves through their mirror image – a fantasy of the self mediated by the visual. “Man’s body does not seem to him an object of desire,” she writes, “while woman, knowing and making herself object, believes she really sees herself in the glass.” For Beauvoir, this is an existential crisis, since:

The narcissist who identifies with her imaginary double destroys herself … Her misfortune is that, despite all her insincerity, she is aware of this nothingness. There can be no real relation between an individual and her double because this double does not exist.

So I can do no more than offer words of caution. Because if Kim Kardashian is being peddled to us as both art and feminism, we are in really dire straits. Self-objectification is a miserable substitute for selfhood: a hall of mirrors with nothingness at its core. 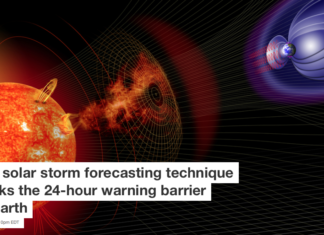