On May 30, a grand jury indicted Harvey Weinstein on charges he raped one woman and forced another to perform oral sex on him. And new allegations and lawsuits against the movie producer continue to pile up.

Since the earliest reports of his abuse came out in October, scores of women in Hollywood have taken to social media and shared their own stories of sexual assault and harassment by Weinstein. And thanks to the #MeToo movement, women in a range of professions have also found their voices heard, helping topple dozens of other once-powerful men in entertainment, media, sports, business, politics and the judiciary.

But a question #MeToo has been asking since the beginning is how will this affect the lives of women far from the high-powered worlds of Hollywood and Washington. Is this making it any easier for a low or mid-wage worker in middle America to rid her workplace of a sexual harasser?

One important way of doing this is by making an official complaint to the employer. But while women will often complain to family or even on social media, most don’t tell their companies of the misconduct. In fact, barely 1 in 4 ever do.

Based on experience litigating sexual harassment cases as well as my research, I have determined there are three legal barriers that stand in the way of workers filing complaints – a critical step to rooting out harassment and protecting employees.

About 30 percent of U.S. workers who experience sexual harassment informally talk about it with someone at the company, such as a manager or union representative, while far fewer lodge formal complaints, according to a 2016 Equal Employment Opportunity Commission report. In addition, 75 percent of those who do formally complain say they face retaliation.

This is one reason for the success of #MeToo. It’s providing the kind of effective sexual harassment complaint forum that employees do not believe they have in their workplace.

Besides a fear of reprisal, the EEOC report cites several other reasons why employees usually don’t come forward, such as concern that they won’t be believed or the company training manual didn’t explain how to properly identify or address sexual harassment.

This is a big problem because if employees who have been sexually harassed don’t file formal complaints with their companies – without suffering retaliation – it is nearly impossible for employers to take action against the harasser or protect the worker. Furthermore, it becomes hard to hold an employer legally responsible if it fails to do either.

So while it’s positive that more women are sharing their own stories on social media and elsewhere, it can’t replace the formal employee complaint process.

One barrier is that courts have too narrowly defined sexual harassment when it involves a hostile work environment under Title VII of the Civil Rights Act of 1964. It’s only deemed illegal when it involves unwelcome sexual conduct sufficiently “severe or pervasive” to alter the employee’s employment conditions.

Employees often don’t complain because they fear they won’t be believed that the harassment was sufficiently “severe or pervasive” enough to be legally actionable.

And who can blame them. One court found that a manager rubbing the shoulders, back and hand of an employee, accusing her of not wanting to be “one of my girls” while physically grabbing her, calling her “baby doll” and telling her she should be in bed with him were not sufficiently “severe or pervasive.”

These actions can be harmful and place women as subordinate in the workplace and, unregulated, lead to even more harmful actions. As such, I believe courts need to stop finding such misconduct as “ordinary” or “de minimus” – a legal term meaning too trivial or minor to merit consideration.

Another hurdle is that employers have been largely shielded from liability when an employee complains of a hostile work environment that fosters sexual harassment. That’s because in 1998 the U.S. Supreme Court gave employers a powerful defense in such cases.

Specifically, if a company “exercised reasonable care to prevent and promptly correct any sexually harassing behavior” and the employee “unreasonably failed to take advantage of any preventive or corrective opportunities,” the employer would not be liable even though the worker was, in fact, sexually harassed.

Under this defense, courts have found that if an employer has an anti-sexual harassment policy, and the employee doesn’t complain, the employer generally won’t be found liable. This sounds reasonable, right?

Finally, I believe the laws punishing retaliation are not strong enough.

Taking sexual harassment seriously means employers should not fire, demote or ostracize a worker who complains about sexual harassment as they often do. And while the law on the books purportedly protects complainants, courts have told workers that the protection is only for those who reasonably believe they were illegally sexually harassed.

This puts women back in the gray area of determining what is “severe or pervasive.” As I noted above, a manager rubbed an employee’s body, called her “baby doll” and expressed a desire to have sex with her. If that’s not deemed to be sexual harassment, how can employees complain with confidence that they will be protected?

What can be done about this?

The good news is that Congress is already considering changes to sexual harassment law.

For example, Sens. Kirsten Gillibrand and Lindsey Graham have introduced a bill to permit sexually harassed workers to litigate their cases in open court rather than be bound by private arbitration. The laudatory bill would prevent employers from keeping harassment or harassers secret from other workers.

But I believe lawmakers should go further by amending Title VII to expand and clarify what sexual harassment really is beyond “severe or pervasive,” strengthen worker protections against retaliation and require employers to create more effective policies and training.

The EEOC and other researchers have identified innovative methods to address sexual harassment, such as a reward system for increased complaints, promoting more women, bystander intervention and civility training. Congress should pay attention and encourage these methods while also toughening existing law. 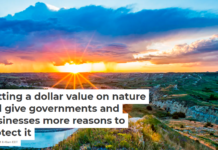 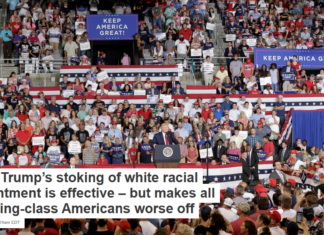