In the long history of Hollywood snubs, the Academy of Motion Picture Arts and Sciences gets some credit for at least trying to diversify the Hollywood film industry.

After all, it’s not a complete shutout for Black actors, as it was in 2016 when #OscarsSoWhite castigated the Academy for not having a single Black actor nominated for an Oscar in any acting category, despite riveting performances by Michael B. Jordan in “Creed”, Will Smith in “Concussion” and Corey Hawkins in “Straight Outta Compton”.

When the 94th Academy Awards take place on March 27, 2022, its efforts for diversity – and its shortcomings – will be just as much on display as the designer gowns and outstanding performances.

The four Black actors nominated for the Academy’s highest honor this year are longtime Hollywood stars Denzel Washington and Smith, in addition to Aunjanue Ellis and Ariana DuBose – who is also Latina.

These recognitions come on the heels of intensified scrutiny of equitable representation within Hollywood – and concerted efforts by the Academy to diversify. Although there have been winners of color, no Black person has won an Oscar for directing, and only 20 acting awards have gone to performers of color in 94 years.

Given the 336 Oscars for acting that have been awarded over the ceremony’s lifetime, actors of color account for roughly 6% of overall wins.

“While the Academy has made strides, we know there is much more work to be done in order to ensure equitable opportunities across the board,” Academy CEO Dawn Hudson said in 2020. “The need to address this issue is urgent.”

Her response was in stark contrast to former Academy President Cheryl Boone Isaacs, the Academy’s first Black president, who was elected in 2013. When asked about the #OscarsSoWhite campaign in 2015 and whether the Academy had a diversity problem, she responded, “Not at all.”

As a scholar of American pop culture and race in media, I can say Hollywood has come a long way.

On Jan. 15, 2015, Twitter user and activist April Reign first tweeted “#OscarsSoWhite they asked to touch my hair.” Within that day, the hashtag became viral and many Black actors and social activists used the tweet to protest Hollywood’s longstanding racism.

To the Academy’s credit, it responded to #OscarsSoWhite criticisms by making steps to reconfigure its nomination process that had resulted in such a lack of Black inclusion.

In 2020, for instance, the Academy established new representation and inclusion standards that take effect in 2024. According to its official statements, the new standards were designed to “encourage equitable representation on and off screen in order to better reflect the diversity of the movie-going audience.”

But critics have observed how films with virtually no Black characters like “The Irishman” still meet inclusion standards by employing a white female casting director and a Mexican cinematographer.

The first groundbreaking feature-length movie, “The Birth of a Nation,” released in 1915, celebrated the Ku Klux Klan. The first talking film ever released in 1927, “The Jazz Singer,”, featured white actors in blackface.

The Academy kept alive this tradition, with echoes of racist minstrel shows from the early 20th century, in 2008 when Robert Downey Jr. received a Best Supporting Actor nomination for his role in blackface in “Tropic Thunder.”

Indeed, during the early history of Hollywood, Black characters were openly denigrated by the stereotypical images that they portrayed. Black actors were usually given badly written roles portraying weak, poor or otherwise disadvantaged characters who were dependent on white characters’ heroism.

Hattie McDaniel, for example, became the first nonwhite actor to ever win an Academy Award in 1939 with a Best Supporting Actress Oscar for her sassy, but servile “Mammy” figure in “Gone with the Wind.”

Despite McDaniel’s breakthrough Oscar in 1939 and Sidney Poitier’s 1963 Best Actor win for “Lilies of the Field”, it took more than 40 years before Halle Berry claimed the Best Actress prize in 2002 for her role in “Monster’s Ball” – a role that Oscar nominee Angela Bassett rejected due to her refusal to “be a prostitute on film.”

In 2011, Octavia Spencer won an Oscar – also for playing a maid like McDaniel – for her role as Minny in “The Help.”

Still, in 2002, when Berry won, diversity was center stage in Hollywood. That same year, the Best Actor winner was Washington for his uncharacteristically villainous role in “Training Day.”

In addition that year, Poitier received a lifetime achievement award, an acknowledgment for many of his groundbreaking roles throughout his career.

Yet, five years after #OscarsSoWhite, British actress Cynthia Erivo represented the lone Black acting nomination in 2020 for her role as Harriet Tubman in “Harriet,” leaving Berry as the only Black female to ever be awarded Best Actress.

Overall, of the 86 Black acting nominations over the Academy’s 94-year period, over 40% of the nominations have been circulated among repeat contenders like Washington and Smith. Major studios often favor established, sure bets at the expense of new Black talent when it is time to recoup their investments at the box office.

With only a handful of the same Black names garnering nominations, the pool of Black talent celebrated is actually smaller than what it appears.

While in today’s movie climate the quantity of nonwhite images has undoubtedly improved, it is the quality of such roles that remain problematic.

For the same industry that can reproduce exacting replicas, orchestrate mass battles and fashion accurate costumes, it is alarming that such a creative industry cannot figure out how to create substantive diversity onscreen.

Alternative outlets like Hulu and Netflix are demonstrating that viable audiences are willing to support a wide range of diverse products featuring increasingly diverse casts – with “Bridgerton” and “Squid Game” as a couple of recent examples.

But six years after #OscarsSoWhite, the Academy is still struggling to diversify the Hollywood film industry – perhaps a simple lack of imagination is to blame.

Editor’s note: This story has been corrected to say that four Black actors have been nominated for Oscar’s in Best Acting categories. 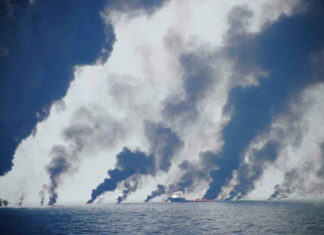 Do you really need 8 glasses of water a day? An...

Why Microsoft’s transformation into an ‘open source’ company is a great...