Paella – the iconic Valencian rice dish made with fish, meat or vegetables – has been officially recognised for its cultural importance. In October, the local government in the Valencia region of Spain declared paella an Asset of Intangible Cultural Interest.

The decree of recognition acknowledges the tradition and cultural significance of the preparation and tasting of paella, describing the dish as representative of “the art of joining and sharing”. It establishes a series of safeguarding measures, including the identification, description, study and documentation of paella so that its recipe can be passed on to future generations.

Curiously enough, the decree explains that different ingredients can be used for the making of paella, acknowledging that there are several versions of the recipe and methods of preparation. The decree mentions rice as the necessary ingredient to properly make the dish, and gives recommendations on how it should be added and cooked.

The recognition follows the request of the Valencia City Council presented back in April and backed by local politicians. It was intended to protect paella’s rich history and tradition, after many years of variations on the recipe and controversies over its preparation.

The inclusion of chorizo sausage in paella is one such controversial variation, as was UK supermarket Tesco’s limited edition paella sandwich.

The origin of paella, first a food for farmers and peasants, dates back hundreds of years. An 18th-century manuscript refers to paella or “Valencian rice”, explaining techniques for making this dish and clarifying that the rice has to end up dry. Paella acquired international recognition at the beginning of the 20th century, especially as the Valencia region started to attract tourists.

This recognition may be the first step of a broader process which could finally turn paella into an item of Unesco Intangible Heritage. Other musical, artistic and gastronomic cultural expressions have been protected under this scheme, including Flamenco music, the Mediterranean diet and Neapolitan pizza.

This would take the recognition which has just been given in the Valencian region to a more global level. The endorsement of a prestigious organisation like Unesco (the United Nations Educational, Scientific and Cultural Organization) would be important. The message that “authentic” paella is made according to certain quality standards would be amplified internationally. https://www.youtube.com/embed/dy1o7xZjjbY?wmode=transparent&start=0

Heritage protection, both at local and international level, certainly strengthens the significance that an object or a practice has in the life of a community. This status can be used by traditional producers as a strong marketing tool to promote food which is prepared according to certain approved standards.

But it does not offer a monopoly over the use of a recipe or a name, as a patent or registration as geographical indication (for example, sparkling wine from the Champagne region of France) would do. Intangible heritage status does not give local producers in Valencia exclusive rights over the process of cooking paella or the use of the “paella” brand. This means that anyone wanting to produce and sell paella products can label them as such, even outside the Valencia region and Spain.

The intangible heritage status also does not stop people trademarking the term “paella”. In the EU, the trademarks “Authentic Paella way recipe” or “Paella Rica autentico sabor” have been registered by companies selling ready-made food products. These trademarks will continue to exist even after paella has obtained cultural heritage status in Spain and internationally.

What could give paella a stronger legal protection is the registration as EU traditional speciality guaranteed (TSG). Like recognition of cultural heritage, TSG registrations can be used by traditional paella makers (who follow the required standards) to better market and communicate the cultural value of their products.

TSG status would give an additional layer of (more substantive) protection, as opposed to national and Unesco intangible heritage awards. Specifically, traditional paella makers would be able to stop other people from misusing the paella name in a way which could confuse consumers.

One famous example of protected TSG is mozzarella cheese. Such protection means that mozzarella sold in the EU needs to be produced according to a traditional recipe. Those who do not follow these rules can be prevented from labelling their product as mozzarella.

To obtain a TSG registration, it is necessary to demonstrate usage of the product on the domestic market for a period of no less than 30 years (this arguably guarantees transmission between generations). Paella would clearly meet this requirement. Other Spanish products have been given TSG status, including jamon Serrano and tortas de aceite de Castilleja de la Cuesta, both of which have benefited from this recognition.

Paella purists would also benefit from this additional protection. But in the meantime they should be content with relying on the recognition as an intangible cultural asset – one step at a time. 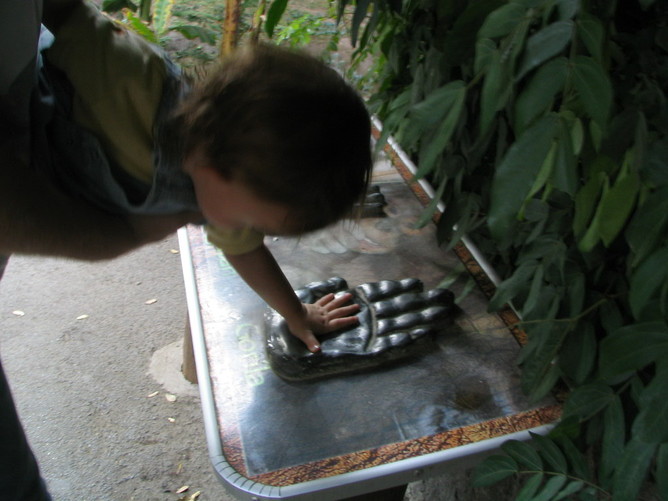 Why do human children stay so small for so long?

Staff Writer - December 3, 2014
By John Skoyles, University College London Why does it take so long for human children to grow up? A male chimp and male human, for...

What Alexander Hamilton’s deep connections to slavery reveal about the need...