The recent presidential campaign reminded us that the U.S. is one of only a handful of countries that doesn’t require companies to provide paid maternity leave.

Maternity leave is important. One of the key reasons is because medical researchers have shown overwhelmingly positive effects when parents are able to spend time with their newborn children.

Fortunately, in the past year a number of major companies announced amazing improvements in maternity and paternity leave policy. Chobani, the yogurt company, began giving six weeks of paid leave to all employees, including those working on the factory floor. Then Ikea, the large furniture seller, announced all staff were eligible for four months of paid leave when a baby is born. American Express announced an even more generous plan, offering 20 weeks at full pay for all workers. Even President Donald Trump jumped on the bandwagon and announced his support for six weeks of paid maternity leave.

For expectant parents working at companies with newly expanded leave policies, this is great news. However, not all people work for companies with generous maternity or paternity leave programs. Government figures suggest only 12 percent of workers at private companies have access to paid parental leave.

More importantly, just because a company offers a benefit doesn’t mean workers use it. For example, roughly half of all people in the U.S. don’t use all their vacation days.

While knowing figures on access to paid leave is useful, more useful is knowing the number of workers who actually take maternity leave. While maternity leave sounds like a great benefit, if it means a cut in pay or a chance of losing a particular job, some women might not take advantage of the benefit.

Recently, I published research that looks at how many working women today are taking maternity leave compared with a few decades ago. The results are not encouraging.

The United States is one of only a few countries in the world that does not offer guaranteed paid leave for women after childbirth. Some of the others that don’t offer paid leave are places like Liberia, Papua New Guinea and Swaziland. Moreover, the United Nations calls for all countries to provide a minimum of 14 weeks of paid leave for new mothers.

What does the U.S. provide? Since 1993 most workers are covered by the government’s Family and Medical Leave Act (FMLA). This law gives eligible workers 12 weeks of unpaid time off to care for a newborn.

However, just because FMLA has been enacted doesn’t mean a new parent takes maternity or paternity leave. Some new parents cannot afford to take leave because they need to pay bills.

Others don’t take leave because they are worried their job might not be available when they want to come back to work. FMLA states employees taking leave do not have to be given their same job back. Instead, they have to be given an “equivalent” job. Companies and workers might not agree on what is “equivalent.”

There wasn’t any information on actual usage of maternity leave, so I set out to calculate the numbers.

Before doing any calculations, I expected to see an increasing number of women taking maternity leave for two reasons. First, the U.S. economy has greatly expanded since the early 1990s. GDP, which measures what the country produces, has grown about 66 percent since 1994, after adjusting for inflation. The richer the country, the easier it is to pay for improved benefits for workers.

I was able to calculate maternity leave information using the Current Population Survey. This is the survey the government uses to determine the nation’s unemployment rate. Each month the survey contacts about 60,000 households across all 50 states. It records detailed information about everyone in the family. Since 1994 it has identified all people on maternity and paternity leave, regardless of whether it was paid.

What the data show

The results are striking.

The data show that maternity leave figures are essentially unchanged since 1994. For example, the number of women on leave in both 1995 and 2014 was almost the same absolute number and the same rate per 10,000 births.

During the average month, about 336,000 babies were born and slightly more than 273,000 women were on maternity leave at the time the survey was taken. Since the survey does not ask parents exactly when the baby was born, it is impossible to know for sure exactly how many of those births resulted in a mother actually taking leave. Nevertheless, if the U.N. guidelines of 14 weeks were being followed in the U.S., we should be seeing almost a million women on leave at any given time rather than the quarter of a million we are seeing.

To me, it’s startling that the number of women on maternity leave has barely budged even after California and other states have passed paid leave laws. There is no trend after adjusting for these new laws or for the number of births, unemployment rates and recessions.

As for paternity leave, the data show the number of men who have taken it has more than tripled since 1994, to a monthly average of about 22,000 in 2015. Given a third of a million babies are born each month, the figures still mean relatively few men take time off from work to care for a newborn child.

My research also looked at changes in paid versus unpaid maternity leave. There the news is slightly better.

The Current Population Survey does not include questions on why people take or forgo parental leave after a baby is born. This means I am not sure what the reasons are behind the lack of change in the number of women on maternity leave, even though the economy has grown dramatically and three states have set up paid leave programs.

President Trump made a campaign promise of six weeks of paid maternity leave for all working women. If the legislation fulfilling this promise ensures decent pay and strong job protection, then more of America’s babies will have a better start to their lives. 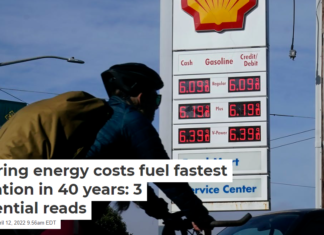