People’s past, present and future are interconnected, and so is our country’s. Being willing to consider the connection between historical trauma and present-day experiences and distress is essential on a personal level – and also on a national one, especially as we collectively work through the bruises of the recent campaign and election.

Post the inauguration of Donald J. Trump as the president of the U.S. last week, we must consider how historical trauma may be shaping reactions to this president and his political appointees.

As a clinical psychologist, I’ve treated trauma survivors and conducted original research that shows it’s hard to overcome the effects of repeated trauma. Those exposed to repeated trauma have fear and sensitivity to new insults that those of us who haven’t experienced historical trauma may find hard to understand.

No one likes to be insulted, but research suggests that bearing such slights may be even harder for those in certain groups who have been slighted for decades, or even centuries. If we understand and respect others whose experiences are different, perhaps we can better bind the wounds of a divided nation.

Can trauma be transmitted across generations?

There’s mounting evidence that trauma experienced by one generation can have a negative effect on subsequent generations. In other words, the long-term adverse toll of trauma can pass from parent to offspring.

This clinical phenomenon was first studied in children of those who survived the Nazi Holocaust – in the underground, in hiding or by escaping, in ghettos, in work camps or in death camps. Since then, there have been studies of the mental health legacy on the children of combat veterans, indigenous populations, refugees and Japanese-Americans unjustly incarcerated during World War II.

It’s not a stretch to think that contemporary problems or health problems in particular communities have historical roots. Take the example of Native Americans, who have experienced a tremendous loss of culture, language, land and people as a result of colonization. Forcible removal and relocation of tribal communities, imposed assimilation, banning of religious practices – how could this not take a toll on one’s mental, physical, social and spiritual well-being? Indeed, a recent study confirmed that American Indians’ thoughts about historical losses in their community continue to be associated with their mental health including substance misuse and suicidal ideation.

We aren’t exactly sure how this haunting heritage happens, only that it can and does. Historical trauma may get passed from one generation to the next via genetics or in utero influences or early life experience.

For example, we do know that pregnant women’s trauma history can have a negative impact on fetus development. Trauma seems to have a biological manifestation in woman’s body that is passed on during pregnancy via trauma-related alterations in the in utero environment. Relatedly, new data from a longitudinal investigation of over 2,000 pregnant women show that those who had more adverse childhood experiences – abuse, neglect or household dysfunction – were statistically more likely to have babies of reduced birth weight and shorter age in weeks at delivery.

In addition, children of such trauma survivors grow up in the shadow of the big event, as this kind of pain is not easy to hide. The home environment, parenting style, parental expectations of children and parent-child communication in traumatized homes can be the conduit to such long-lasting scars.

Easing the pains from trauma might take help from us all

This is not to be alarmist and certainly not to justify, but rather to add context in understanding people’s pain. Whether the parents are silent about their suffering or overdisclose, the stories of how the world and its inhabitants can be inhumane and cruel gets communicated to their children.

Afraid the past will repeat in the present, parents’ capacity to care for their children also may be deeply altered, resulting in overprotection or emotional unavailability. Unbeknownst to them, these children and grandchildren can become enduring receptacles of unmourned trauma and loss.

It’s no secret that wide swaths of people have experienced trauma through our nation’s history, and continue to do so. Many belong to groups that Trump targeted during his campaign – Mexicans, Muslims and African-Americans, to name a few.

The legacy of trauma handed down from generation to generation is a lens through which to view traditionally marginalized groups’ escalation of fear, sense of isolation and alienation. To grow up marginalized is to learn to live in so-called “survival mode,” with elevated anxiety, mistrust, sadness, shame and anger.

As those feelings intensify among various groups of people who have felt insulted and deeply pained by comments of the new president, it is important for us all to remember that we carry the injustices of the past into our present. And that’s not something you just get over. 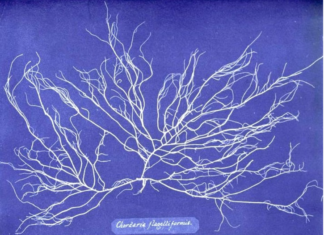 The weird world of one-sided objects

That neat and tidy map of tastes on the tongue you...