It’s here. The first week of the Trump administration. And it promises to be a busy one.

On the energy front, Trump has an ambitious agenda for his first days in office. Some policy changes will take time to execute. Others can happen with the stroke of his pen (and a tweet).

Ending the moratorium on leasing federal land for coal mining – put in place last year by the Obama administration – is one change we can expect very soon. When it happens, it will mark a return to business as usual in the federal coal program.

Here’s the problem. Business as usual is broken. The federal coal program is supposed to manage vast federally owned coal reserves, which account for more than 40 percent of U.S. coal production, “for the benefit of current and future generations.” But the program has, for a long time, been criticized for selling taxpayers short. For this and other reasons, new federal leases were put on hold last year until a comprehensive review of the program could be completed.

A follow-up scoping report released earlier this month from the Department of the Interior lays out a blueprint for major reforms that would help taxpayers receive fair compensation and better account for the environmental impacts from coal mining. The outgoing secretary of the interior has argued that “the only responsible next step is to undertake further review and implement these commonsense measures.”

It’s now up to the Trump administration to decide what to do next. Sticking with the status quo will cost taxpayers. It could also have big implications for the environment.

What’s the problem (and how can we fix it)?

If you are an American taxpayer, you are a part owner (in a manner of speaking) of vast coal reserves. In addition to the coal covered by existing leases, which can support production at current levels for 20 years, there’s much more coal in federally owned ground.

When the government (or, more precisely, the Department of the Interior) auctions leasing rights and collects royalties from the sale of “your” coal, it is supposed to make sure it receives fair compensation on your behalf. But the government is falling short. Critics have convincingly argued that leasing auctions are fundamentally noncompetitive and undervalue the rights to mine federal lands.

Problems with the royalties that mining companies actually pay are well-documented as well. Overall, it’s been estimated that undervaluation of coal could have cost taxpayers as much as US$30 billion in lost revenue over the past 30 years.

For the majority of Americans who are worried about global warming, uncompensated environmental damages should present a much bigger concern. In a recent study, my coauthors and I calculated the climate change-related damages from burning Powder River Basin coal (which accounts for most of federal coal production). We use the monetized climate damages of $44 per ton of CO2 based on the median U.S. government social cost of carbon. We found the estimated climate impacts are about six times the current market price. Royalty payments could be increased to reflect some of these damages.

The recently released scoping report lays out a series of proposed changes that could address these problems, such as calculating royalties using the private market price of coal and adjusting royalty rates to account for climate change impacts.

In our paper, we highlight knowledge gaps that need to be filled before we can definitively assess the impacts of potential coal program reforms. These gaps notwithstanding, there’s a lot we can learn based on information we already have.

In this spirit, economists Jim Stock and Ken Gillingham have been hard at work looking at the likely impacts of increasing the royalties paid per short ton of federal coal sales. They examine how a royalty increase or “adder” would impact future U.S. coal production. To put these royalty adders into perspective, a $20 increase per ton would capture roughly 20 percent of estimated climate change damages in 2030.

The figure below summarizes their 2030 projections. It should come as no surprise that, as federal royalties increase, coal production on federal lands falls. Some of these reductions are offset by increased production at other US coal mines which are not subject to these federal royalties.

A somewhat surprising finding: Increasing federal royalties would increase national mining employment, even as total domestic coal production falls. That’s because the largest projected increases in production are found in Northern Appalachia and the Illinois Basin. Because these regions are relatively labor-intensive, increased employment in these areas more than offsets reductions in employment on federal lands.

Increased royalties would also benefit taxpayers and the environment. Through 2030, Gillingham and Stock estimate that additional royalties under an increase starting at $15.80/ton and ramping up to $20/ton by 2030 for Powder River Basin coal could exceed $35 billion (undiscounted). The higher price for coal would also lead to power sector emissions reductions on the order of three percent in 2030, they found.

Those who stand to lose the most under reform are the handful of companies that have invested in mining federal coal and the services (such as railroads) that serve them. Electricity consumers would see a very small increase in electricity prices. Gillingham and Stock calculated that under the $20 royalty increase, wholesale electricity prices in 2030 increase by approximately 0.1 cents/kWh, which is less than one percent of current average retail prices.

We snooze, we lose

As President Trump took the oath of office last Friday, the White House website was transformed to reflect the arrival of the new administration. References to climate change were removed. During Senate hearings for his Cabinet, there was no indication this administration intends to make action on climate change a priority.

But a refusal to acknowledge the existence of this problem does not make the problem go away. On the contrary, halting progress toward a meaningful policy response just makes it a harder hill to climb when members of a future administration inevitably resolve to roll up their sleeves and deal with the problem.

In the same vein, the time to act on federal coal program reform is now. Momentum has been building behind the
“open and honest conversation about modernizing the coal program.” Judging by the hundreds of thousands of comments filed so far on the scoping report, there is broad-based support for meaningful reform.

If the Trump administration decides to turn a deaf ear on this conversation, we will be in a different place when a future administration picks up this ball. More leases will be auctioned in the coming years, and more federal coal will be covered by long-term contracts. Hitting the snooze button will deliver more good deals to the coal companies operating on federal lands, at the expense of taxpayers and the environment. 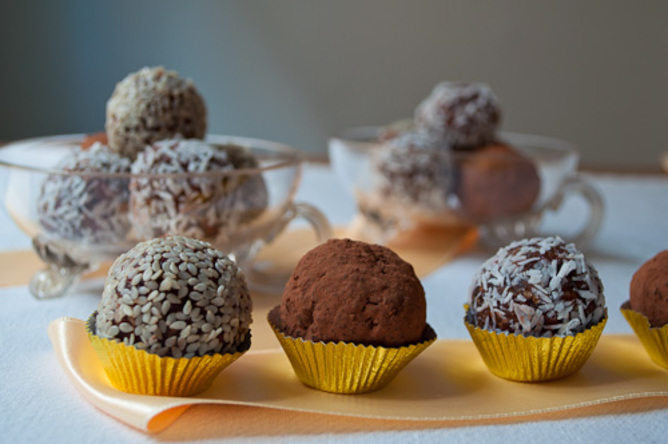 Staff Writer - March 22, 2015
Rebecca Charlotte Reynolds Celebrities of nutrition evoke feelings of awe, envy and adulation in many of us. While the Gwyneth Paltrows of the group first...

Nitrogen from rock could fuel more plant growth around the world...