By David Smith, University of Sydney

In September 1952, Republican presidential nominee Dwight Eisenhower was furious with Nixon, his running mate in the coming presidential election. Nixon, who came from modest means and lacked financial independence, had been accused of receiving illegal campaign contributions. According to Rick Perlstein’s Nixonland, Eisenhower expected Nixon to resign in a humiliating televised address for the good of his campaign.

Instead, Nixon went on TV and produced one of the great populist masterstrokes of all time. He transformed himself into the sympathetic victim he believed he was. He explained he was deeply in debt, even to his parents. His wife, he pointed out, did not have a mink coat. And there was one gift, he insisted, that he would not return.

It was a little cocker spaniel dog in a crate that he (a donor) sent all the way from Texas. Black-and-white spotted. And our little girl – Tricia, the six-year-old – named it Checkers. And you know the kids love that dog, and I just want to say this right now, that regardless of what they say about it, we’re going to keep it.

Overnight, Nixon went from being a shady politician to a downtrodden guy struggling against heartless elites who wanted to take his kid’s dog away (no one had actually demanded he return the dog, but that was beside the point).

Nixon’s opponents saw the speech as transparently manipulative, but Perlstein says that the new suburban class, struggling with their own mortgages, recognised one of their own in Nixon, who refused to give up that most emotionally-charged symbol of domestic stability.

Nixon has gone down in history as America’s most villainous president. Homer Simpson even informed his son that Checkers was in “doggie hell” along with Hitler’s dog and “one of the Lassies…the mean one, the one who mauled Timmy!”

But Nixon was not the first president to get political mileage by pretending his dog was being persecuted. Campaigning in 1944, the sainted Franklin Delano Roosevelt faced claims he had left his Scotch Terrier Fala behind in the Aleutian Islands and sent a naval destroyer to retrieve him at enormous cost. FDR ruthlessly mocked his Republican opponents, saying he didn’t resent personal attacks, but Fala “has not been the same dog since”.

There is little doubt that dogs are politically useful. A half-serious study in the political science journal PS suggests a “diversionary dog” theory. The authors find that presidents display their dogs more during wartime and scandals, though less during economic crises, when the public does not want to see the president frolicking with a spoilt pet.

Despite the hypnotic attraction of humans to cats, there have been far fewer of them in the White House, and they have generally avoided the cameras. An exception was Bill Clinton’s cat, Socks. In a daring triangulation strategy, Clinton kept a dog and a cat at the same time. It didn’t work out. Cats remain under-represented in Washington.

Politicians may consider dogs a safer political choice. Dogs represent the loyalty and interdependence we associate with families. Bo, the Obamas’ first dog, was the result of a public promise Barack Obama made to his daughters on the night of his election to the presidency. According to journalist Dan Balz, one of the reasons Obama remained popular despite early job setbacks was his home life. Voters “remembered that each night when he was in Washington he had dinner with his wife and children in the White House residence”. Bo is cute in his own right, but he also reminds people of Obama’s strong, loving family.

Cats are different. A massive study of the domestication of cats led to the conclusion “we think what happened is that cats sort of domesticated themselves”. Sort of. Cats are not known for their vigorous completion of tasks. They obtain things by highly evolved manipulation skills, as people who love them will readily admit. This is also an important presidential quality, but not one the president wants to remind people of.

The “first pet” seems to be an exclusively American phenomenon. Whatever else we know about our prime ministers’ personal lives, we know almost nothing about their pets. In Britain there is a cat at 10 Downing Street, but the cat is a permanent civil servant, much like Sir Humphrey Appleby of Yes Minister fame.

Presidents in the United States are expected to display democratic tastes, which is why Mitt Romney constantly wore jeans during the last election campaign. It’s just a pity his opponents kept reminding voters of the dog on the roof of his car.

The White House has used the adoption of Sunny as an opportunity to announce its opposition to legislation that bans specific breeds of dogs, such as pitbulls.

The photogenic, expensive White House puppy is now an advocate for the most stigmatised dogs in America. Presidential dog politics don’t have to be cynical. 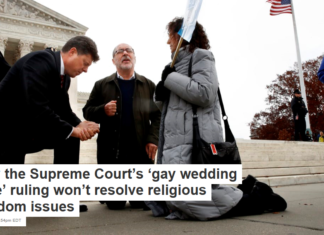