One of New York City’s newest luxury apartment buildings recently started accepting applications for low-income renters who will use a controversial “poor door” – a separate entrance from their wealthier neighbors who pay the full monthly rate.

Meanwhile, in Great Britain, some apartment buildings also require rich and poor residents to use separate entrances. A resident of one such building recently told the Daily Mirror she has “…never felt poorer in my life because of the way we’re kept apart.”

As this controversy illustrates, mixing the rich and poor sounds simple in theory, but can raise a number of complications. And the problem isn’t limited to which door people enter. While economically mixed communities can offer safety, better living conditions and better schools, a growing body of research suggests they can also adversely affect low-income residents.

A study of contrasts

Mixed-income housing has become a key aspect of public housing policy in both the US and the UK. In many cities, the towering, crumbling project complexes of the 1960s and 1970s – areas of highly concentrated crime and poverty – have been demolished and replaced by mixed-income developments, where poorer residents live in close proximity to wealthier tenants. Over the past 20 years, upwards of $6 billion has been allocated for developing mixed-income housing through the US Housing and Urban Development’s HOPE VI (Housing Opportunities for People Everywhere) program.

But what’s the impact of growing up on the poorer end of the spectrum?

In a recent study, my colleagues and I tested whether low-income children would benefit from living alongside more affluent neighbors.

We analyzed data from 1,600 children in urban and suburban areas of England and Wales, following the children and their families from birth to age 12. We conducted intensive home assessments, surveyed teachers and neighbors, and collected census information and parent reports. We also used Google Street View images to gauge neighborhood conditions within a half-mile radius of each child’s home.

Other researchers have arrived at similar results. University of Texas sociologist Robert Crosnoe tested how thousands of low-income children across the United States fared when attending schools with students of varying economic backgrounds.

He found that when low-income students attended schools with more students from middle- and high-income families, they did worse in math and science and experienced more mental health problems. Low-income minority children fared even worse while enrolled in schools with wealthier peers.

A remedy that comes with costs

Without an experimental study, it’s impossible to say that exposure to more affluent neighbors or peers caused low-income children to fare worse.

Beginning in 1994, the US Department of Housing and Urban Development’s Moving to Opportunity Study has tried to overcome the problem of a lack of an experimental study by randomly assigning housing vouchers that allowed families to move out of high-poverty neighborhoods.

The long-term evaluation of this experiment tells a similar story. Ten to fifteen years later, boys in families that were offered the housing vouchers suffered from higher rates of mental health problems and engaged in more antisocial behavior. In contrast, girls given the chance to move out of their high-poverty neighborhoods reported improved mental health and increased feelings of safety.

Criminologists offer one explanation for these findings: in mixed-income communities, there are greater opportunities for certain types of crime (such as theft), as high-value targets are more visible. However, a more widely held belief is that individuals who occupy lower positions in a community suffer due to unfavorable upward social comparisons. They’re also often discriminated against – judged and treated poorly by those further up the social ladder. This can result in poorer health and antisocial behavior among low-income residents.

The story for girls has been more complicated. There’s some evidence that low-income girls may not be as strongly influenced by neighborhood factors as they spend more time at home and less time in the community than boys do. They’re often more closely monitored by their parents.

These findings do not mean that economically mixed neighborhoods are a bad thing for boys, or that the rich and poor should live apart. Economically mixed communities may be rightfully viewed as a socially just remedy to growing inequalities.

However, the findings do remind us of the need to check our hopeful assumptions about mixed-income communities against objective data, and that additional supports may be needed for low-income children to thrive in these settings. At the very least, economically mixed communities should include shared physical spaces that foster a sense of belonging among residents, versus separate entrances for the poor.

We know that growing up in poverty is toxic for children; but entering through the “poor door” may also exact a toll. 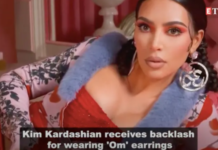 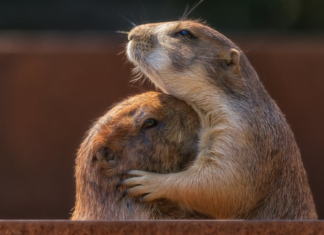 Staff Writer - August 24, 2018
Jessica Pierce, University of Colorado Denver For many weeks, news of a mother orca carrying her dead infant through the icy waters of the Salish...