On November 30 2013, actor Paul Walker died in a car crash before filming of Furious 7 was complete. The accident meant the franchise’s filmmakers had to resort to workarounds to finish scenes featuring Walker. This was made possible by combining footage from outtakes with the construction of a “digital mask” of the dead actor’s features, which was projected onto motion captured by Paul Walker’s brothers Cody and Caleb, who have similar builds.

Casting actors after they’ve died is nothing new, and neither is the use of many digital tools in film making. The real question is how the acting profession and the audience will react if this practice were to become more commonplace.

From editing to animation

Three techniques are currently used to “re-cast” actors after they’ve passed away. The simplest is the juxtaposition of older and newer footage. Outtakes of Larry Hagman’s performance as JR Ewing from the TV soap opera Dallas (1978-1991, 2010-2014) allowed him to appear in episodes not actually filmed until after his death. However in the case of The Sopranos (1999-2007), the same trick lacked emotional depth. Livia Soprano was played by actress Nancy Marchand, who died in 2000, and HBO ultimately decided to give her character an off-screen death.

The third and most complex technique involves the computer recreation of someone’s likeness (facial expressions, skin textures and hair modeling) to create synthetic actors. One landmark of this technological feat was The Lord of the Rings’ Gollum (2001-2003). Computer graphics fleshed out the character as played by actor Andy Serkis, who wore a motion capture body suit.

Oliver Reed died of a heart attack before finishing his role in Gladiator (2000), but computer graphics allowed his image to be recreated. The same is being done with Philip Seymour Hoffman’s character in The Hunger Games: Mockingjay – Part 2, set to be released later this year.

The high-tech reconstruction of Paul Walker for his uncompleted scenes in Furious 7 is a remarkable feat. But it hardly comes as a surprise given the development of computer graphics, from the early line graphics of the 1960s to the two-dimensional surfaces with simple lighting effects that give the illusion of 3D in the 70s and 80s (1982’s Tron is one of the earliest efforts to create a feature length film on a computer).

Other milestones include the wireframe spaceships in Star Wars (1977-1983) and the particle rendering that has propelled Pixar to success since Toy Story (1995). But just as important is the demand for immersive graphics in computer gaming, which has driven innovation in chip design and animation software.

Over the past 20 years, accelerating cross-fertilization between computer graphics and film and television has taken place – from the dinosaurs of Jurassic Park (1994) and the video game Doom (1994), to movies like Wall-E (2008) and the video game Mass Effect 3 (2012).

What are the implications for dead actors?

As anyone who watches Furious 7 will notice, it pivots on competition between the old and the new – between a predator drone and a 60s muscle car, between an omniscient surveillance chip and urban street savvy. The film, which can be seen as a sentimental tribute to Paul Walker, is poignant also in its juxtaposition of new and old questions about what audiences expect from film stars.

Whose body and whose face is it there on the screen? Who holds the rights to these images, to these performances? Tom Cruise was recorded performing in a motion capture suit for the movie Oblivion (2013), but after it opened in theaters, Cruise acquired the rights to all data recorded during his performance. It’s unknown whether he did this to enable future use or to prevent future use, but less established actors might not have as much clout in this kind of decision.

And then there is the question of what will prove acceptable to the fan base of an actor (and of a movie franchise). To what extent are the re-animators of Paul Walker bound by public perception of the actor? And to what extent are they constrained by available technology? Will other filmmakers resort to casting from the beyond, and how will audiences react?

Ultimately, the technical and emotional range of what can be done with someone’s posthumous digital recreation will be defined – and limited – by our living memory of the actor’s onscreen performances. 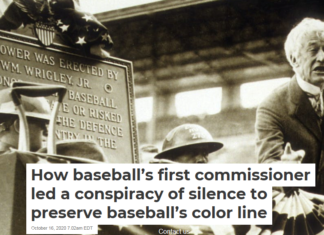 Coronavirus diets: What’s behind the urge to eat like little kids?

Does Pixar’s Inside Out show how memory actually works?