Many countries such as the U.K. and Mexico and a handful of U.S. cities such as Philadelphia and San Francisco have imposed soda taxes in an effort to fight rising obesity.

As economists who study economic status and health, we wanted to look at this from another perspective: Does how wealthy you are affect how much soda you consume? And could reducing sugary beverage consumption narrow the double-digit life expectancy gap between the richest and poorest Americans?

We analyzed data for over 24,000 U.S. adults in two nationally representative random samples from the National Longitudinal Surveys, which follow groups of people over a period of time, asking them hundreds of questions each year on a variety of topics like employment, health and attitudes. Some questions are asked every year, while others are included less frequently.

We looked at two groups of people. The first is referred to as the NLS 1979 cohort and includes people born from 1957 to 1964. They were asked how often they consumed sugary drinks in the previous week every other year from 2008 to 2016, meaning the respondents were in their 40s and 50s when asked the question.

Prior studies have found that consumption of sugary drinks tend to rise as income falls. But few of them controlled for the range of other factors that could also matter, such as gender, race and ethnicity, education, cognitive skills and interest in health and nutrition. Moreover, none of them focused on wealth, which can offer unique insights on the issue.

Wealth represents an accumulation of resources rather than a regular flow of income. Newly graduated doctors have high income and low wealth, while retirees may have high wealth, but little income. The difference between income and wealth means they could affect consumption patterns differently. Wealth is distributed much more unequally. In addition, individuals may signal their membership in the upper economic echelons through the foods they consume.

We first looked at the share of respondents who reported drinking any sugar-sweetened beverages in the survey week by income and wealth deciles, which divides them into 10 equal groups depending on their income or wealth.

The number of sugar-sweetened beverages consumed generally falls as income rises. We found the same pattern when we looked wealth, but the differences by wealth are more pronounced. Our analysis suggests that adults living in the richest 10% of families drink about 2.5 fewer sugary drinks a week than those in the poorest 10%.

This decline in sugary drink consumption as income and wealth rise holds up even after taking into account things like education, race, gender, cognitive abilities and interest in nutrition.

What’s the impact of 2.5 more sugar drinks a week? Rough calculations based on the typical sugar amounts in these drinks – about 9.5 teaspoons per 12-ounce can – suggest that it could result in about 5.6 pounds of weight gain over a year, assuming no increase in physical activity or decrease in consumption of calories from other sources.

For richer or poorer

We also wondered whether soda consumption might change as people gain or lose wealth or make more or less money. Would increases in economic status correlate with decreases in sugary drink consumption?

Over the four-year periods we could observe, changes in income and wealth, even large ones, were not correlated to changes in sugary drink intake. We did not observe that adults who had gotten richer tended to report a drop in the number of sugary drinks consumed.

Our finding that people who are wealthier or make more money consume fewer sugary drinks supports the idea that soda consumption contributes to health inequities along the economic distribution.

However, that doesn’t mean soda taxes are the best way to reduce these inequities. Since we find that sugary beverage consumption is higher for poorer Americans, these taxes can be regressive – meaning they fall more heavily on those with less income. On the other hand, if people with lower incomes respond to the higher prices caused by “soda taxes” by cutting consumption substantially, they can avoid the tax and improve their health.

A just-published study suggests that some soda taxes may be more effective than others at changing drinking habits. Specifically, it found that taxes based on the quantity of sugar in a drink are more successful than those simply based on volume, which are more common in the U.S.

So well-designed soda taxes can help reduce rich-poor health disparities, but we’ll need a range of strategies to achieve that goal. 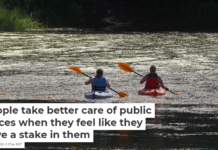 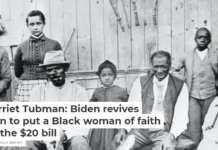 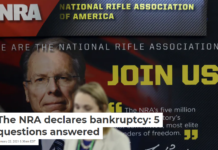 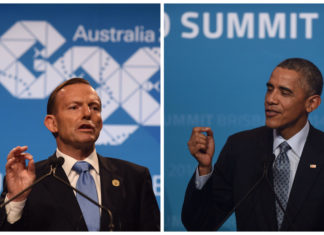 Staff Writer - December 5, 2014
By Charis Palmer, The Conversation The G20 leaders have reaffirmed a commitment to raise global growth, saying if more than 800 agreed measures are “fully...