You may think your social media friends are only good for keeping you up with all the latest gossip and trends but research published today has found they can also help save you in the event of any natural disaster, especially if they’re your popular friends.

These days, online social networks play a prominent role in the way we communicate and consume information. A Twitter, Facebook or other social media feed has for many people become a primary news channel and source of new information, more so for the younger generations.

So how effective are online networks in keeping us informed when a sudden disastrous event strikes? Well, it turns out that a social media friend can be very helpful.

Our social connections have long been the focus of research, even before online social media made an appearance. In the early 1990s, American sociologist Scott Feld closely studied the network of friendships among high school students and he stumbled upon something that is now known as the “friendship paradox”.

Although the original finding was a curious insight meant to explain and dispel a perception of social deficit among people comparing themselves to their friends, the concept was destined for a much wider application two decades later.

A friendship network and the flu

In their experiment, a random group of participants was compared against a group formed of friends they nominated. Christakis and Fowler found that friends experienced the onset of epidemics earlier than the original randomly selected group.

When you think about it, it is not surprising that the hubs in the network – popular well-connected people – are more exposed to the spread of information or viral agent. What the “friendship paradox” gives is a simple way of optimising how we can monitor such a spread.

There is no need to know where your hubs are, and sometimes with online networks there is no way of knowing it if privacy restrictions are in place. But you can just ask random people to name their friend and, thanks to statistical and topological properties of social networks, that group of friends would be better connected, or more “central” in a network science jargon.

Since then, the “friendship paradox” has attracted considerable attention. In a study last year Christakis and Fowler joined forces with Manuel Garcia-Herranz, Esteban Moro and Manuel Cebrian (here at NICTA) and showed that the paradox works online too. We found it was successful in the early detection of hashtags spreading on Twitter.

The new research, from the Optimisation Research Group at NICTA, takes the idea one step further and investigates how useful the “friends as sensors” technique would be during large-scale disasters such as 2012’s Hurricane Sandy.

Does it pay to be more plugged-in? Do people with more online friendships benefit from early awareness? How significant is the advantage? These questions are tackled in our study published today in PLOS ONE.

Given the growing reliance of ever more people on social networks as an information source, together with increasing frequency of natural disasters, the answers may pave the way for a better management of information flow during emergencies.

Our group was interested in understanding how to make disaster preparedness, response and recovery more effective. This includes the planning and scheduling of evacuations, power restoration, and search and rescue operations.

The applications require not only sophisticated modelling of infrastructures and physical phenomena but also, and this is critical, accurate models of human behaviour and information diffusion.

In our study, we analysed more than 50 million tweets about Hurricane Sandy to test if the “friendship paradox” holds and can be exploited for better awareness. To do that, we reconstructed relationship links between all users in our dataset. We then compared the average time of the first tweet on the topic of the hurricane between a random “control” group and a “sensor” group formed of arbitrarily selected friends.

In the graph (above) you can see that for a typical sample the number of messages peaks in the landing day of the hurricane, with the sensor group activity at significantly higher level. The left shift of the sensor group’s cumulative distribution shows that it always leads in terms of the time of first tweet, which suggests earlier awareness.

This “awareness lead-time” is rather moderate, ranging between three and 26 hours, and it depends on the size and geographic location of samples.

Any earlier warning of disaster can help

A few hours advantage does not sound like a lot, certainly not enough to mount a large-scale response to a threat as big as a hurricane. But it may be just enough for someone to take basic precautionary measures, or for local authorities to issue better and more tailored warnings.

For instance, in any evacuation scheduling for a region hit by flooding, such as the Hawkesbury-Nepean near Sydney in New South Wales, two hours may be the difference between evacuating everyone or leaving a significant portion of the population stuck in the flooding region. In power restoration, a few hours often represent tens of millions of dollars.

By exploiting network topology in a simple way using the “friendship paradox” this gives relevant authorities a chance to detect an event earlier.

The aim now is to use our research to find way to better alert authorities about any pending natural disaster, be it severe weather such as tropical cyclone, a bush fire, some disease or viral outbreak, or any other event where social media can help give some earlier warning.

But it’s not all about disasters

But applications exploiting the “friendship paradox” do not have to be just about natural disasters.

Imagine a system that uses the paradox to give you a heads-up about things that gain traction among well-connected people, the “trailblazers” or “trendsetters” if you will.

It could be about a new movie that’s slowly gaining attention, a rare gem of a book that’s picking up rave review, a new restaurant or a hip pop-up market.

Our NICTA ORG team is also working on a free app that does exactly that. Called DOX, it monitors Twitter feeds to locate spots where the “friendship paradox” uncovers the trendy stuff before it becomes mainstream.

For the past two weeks, the app has successfully detected several pop-up events, such as “Midsummer Festival” in Melbourne and “Pop to popism” exhibition at the Art Gallery of NSW.

NICTA will be releasing DOX this autumn initially for Apple, with Android app to follow soon.

Our findings once again highlight the importance of social networks and the way they shape our lives and influence our experiences.

Studying network properties and using them to our advantage may help to ensure safety, protect our health, or simply keep us up-to-date with the latest trends.

See also: Is social media responsible for your safety during a disaster? 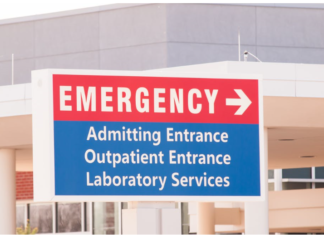 Staff Writer - November 23, 2019
Lindsey Woodworth, University of South Carolina Wait times in emergency rooms are so out of control that researchers recently tested whether aromatherapy would make waiting...

Heat accumulating deep in the Atlantic has put global warming on...

‘Let us adore and drink!’ A brief history of wine and...