Next up on the global development agenda: the UN’s Sustainable Development Goals (SGDs). The UN hopes the goals will form a framework of rules and ideals that can influence development plans and actions around the world. Yet the idea of “culture” in development was largely absent from the Millennium Development Goals that the SDGs will replace and, judging by the “Zero Draft”, the same mistake is about to be made again.

It’s not for want of talking – a growing consensus calls for culture to be included in the SDGs. The UN secretary-general, Ban Ki-moon, stressed that “culture is at the top of this agenda”, echoing the heads of UNESCO and the UN’s development programme and various civil society organisations. The UN has even hosted a debate on culture and sustainable development.

So plenty of talk about culture. But there is little room – and, it seems, little time – to build a solid evidence-based argument. Such evidence does exist, including a range of studies and reports on the subject – and academics from across the world have grouped together to investigate cultural sustainability.

However the big UN discussions tend to ignore the evidence around culture. And in any case “culture” is difficult to reduce to a handful of indicators in the same way that infant mortality is a good indicator of health, or female workforce participation is a useful proxy for gender equality – not that this has stopped UNESCO from trying to develop a set of cultural development indicators.

That is why we point out here how culture can contribute to sustainable development processes in at least three ways.

First, cultural expressions can provide a way to articulate voices and ideas to reconsider the transition from unsustainable to sustainable patterns of living. NYU anthropologist Arjun Appadurai calls this the “capacity to aspire”.

In Canada, this has been made explicit. Integrated community sustainability plans outline a broad and long-term strategic vision for towns and villages – one that includes culture. Hundreds of communities have incorporated their cultural aspirations into the official vision for their future development. Furthermore, cultural expressions – from storytelling to photography – have been used to help articulate and share these visions. They also develop new narratives about local culturally resonant pathways toward greater local sustainability and resiliency.

Sustainability as cultural way of life

Second, cultural “ways of life” form the basis of how people interact. A community won’t be able to successfully transition to a more sustainable lifestyle without taking the particularity of these practices is taken into account. This argument builds on decades of development anthropology, where the bottom line is that ways of living matter in approaches to change.

Take the city of Auckland. New Zealand’s largest urban area is surrounded by harbours and bays and is particularly vulnerable to water pollution. A project called Fluid City brought together artists, scientists, indigenous understandings and personal storytelling. This, to encourage visitors to see water as far more than a physical resource or commodity and to see themselves as “water-dependent citizens”.

Anti-pollution laws or shipping regulations on shipping are important, but this form of cultural change goes right to the roots of Auckland’s environmental issues.

The cultural industries are, for example, a key pillar of the sustainable development plan of Burkina Faso as crafts and culture contribute to tourism. In fact, the country has developed a range of internationally respected public and private cultural events (such as FESPACO, SIAO and Rendez-vous Chez Nous). These, as well as the promotion of heritage sites (such as the Opera Village and the sculpture park at Laongo and the Ruins of Loropeni) attract tourists and domestic visitors and bring in foreign currency into the country.

The challenge with this approach is that the role of culture is often reduced to the cultural industries alone, while its potential for sustainable development depends on combining it with recognising culturally resonant aspirations and lifestyle changes. UNESCO seems to recognise this – its world forum on October 2-4 explicitly focuses on both culture and cultural industries.

Culture certainly does not provide a magic solution to persistent development challenges. But precisely because sustainable development is about the future we want, we should pay far more attention to the cultural “capacity to aspire”, the transformational potential of societies – and the books, movies and programmes that articulate visions of sustainable justice.

The current sustainable development goals try to incorporate a huge number of issues and perspectives into a global agenda to change how we act. This is both its strongest point and its weakest point.

It is strong because the SDGs are more inclusive, balanced and holistic than previous attempts to set such a framework. It is, however, also weak precisely because it may include too much. And, like all complex policy agendas, it risks collapsing under its own weight. This is why culture cannot simply be an addition to the goals – sustainable culture change must be a goal itself.

Culture in all its facets is a reminder that as much as we need a joint global agenda, we also need to show sensibility to the different ideas, life worlds, and creative expressions addressed above that give form to the kind of transformations that are not only necessary, but also possible.

Nancy Duxbury receives funding from the European Science Foundation through the COST Action “Investigating Cultural Sustainability” and from the Portuguese Foundation for Science and Technology for the project “Culturizing Sustainable Cities”. 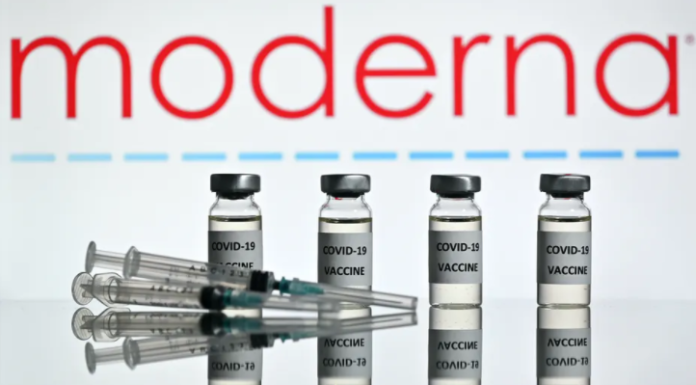 How mRNA vaccines from Pfizer and Moderna work, why they’re a breakthrough and why they need to be kept so cold

Threats remain to US voting system – and voters’ perceptions of reality

The John Birch Society is still influencing American politics, 60 years after its founding