July 1 is International Reggae Day – a time to celebrate the popular music of Jamaica with dance parties exhibitions, presentations and even tree planting.

Reggae is universally associated with Bob Marley, its most influential artist. However, it was “Do the Reggae,” by Jamaican musical group Toots and the Maytals that in 1968 first used the word “reggae” in a title and helped define the genre. Two years later, another Jamaican band, the Melodians released “Rivers of Babylon,” with lyrics adopted from Psalm 137, a Hebrew poem that is the subject of my most recent book, “Song of Exile.”.

This hugely popular lyric opens a window into Rastafarian spirituality.

Who are the Rastafari

Reggae is the most popular musical expression of Rastafari, a belief system that took hold in the 1930s among poor, rural Jamaicans of African descent, who had immigrated to Kingston, where they felt alienated from roots and traditions.

Rastafari emphasizes the connection of people of African descent to Ethiopia and was inspired principally by the Jamaican-born Marcus Garvey, who founded the influential United Negro Improvement Association in 1914. He taught that blacks should reject their subjugation in North America by repatriating to Africa.

Garvey preached that blacks were the authentic biblical Jews. Based on his reading of the Bible, Garvey predicted the appearance of a black king and messiah in Africa. Like Jews, Christians and Muslims, Rastas worship a supreme being, referred to as Jah, short for Jehovah.

The word Rastafari comes from the Emperor of Ethiopia Haile Selassie, crowned in 1930 and considered by most Rastafarians to be divine. Although Selassie himself was Christian not Rasta, his title was “Ras,” meaning “prince,” and his given name was Tafari – hence his followers called themselves Rastafari.

Numbering roughly a million adherents worldwide, Rastafari forbids practitioners to cut their hair. A meat-free diet of local, naturally produced fruits and vegetables without additives is encouraged, contraception and abortion are typically proscribed, and homosexuality is shunned. Taking its cue from verses in the Bible, in which the leaves of trees serve for the “healing of the nations,” Rastafari prescribes cannabis use in sacramental rituals for healing and meditation that center on drumming and chanting.

Reggae and ‘Rivers of Babylon’

Reggae music was fed by diverse musical sources. Its rhythmic underpinnings were laid by African drum rhythms. Syncopated patterns created by the drums were enhanced in the 1960s by a prominent electric bass line and off-beat guitar riffs.

Reggae also drew on earlier traditions of Jamaican popular music as well as American genres like big-band jazz and rhythm and blues. North American gospel hymns influenced some of the lyrics and tunes.

The spirituality of Rastafari appears vividly in the song “Rivers of Babylon.”

First recorded in 1970, “Rivers of Babylon” takes its text from Psalm 137, the only one out of 150 psalms to be set in a particular time and place, the Babylonian exile or the period between 587-586 B.C. in Israel’s history, when Jews were taken captive in Babylon and the Jerusalem temple was destroyed.

Its nine verses paint a scene of captives mourning “by the rivers of Babylon,” mocked by their captors. It expresses a vow to remember Jerusalem even in exile and closes with fantasies of vengeance against the oppressors.

Why Psalm 137 is important

The Babylonian exile compelled Israelites to rethink their relationship to God, reassess their standing as a chosen people and rewrite their history. This episode has obvious appeal to Rastafarians, who consider themselves in exile from their African homeland (Zion) and living under an oppressive European power system they refer to as Babylon.

Like Psalm 137, the “Rivers of Babylon,” is divided into three sections.

The first stanza offers a modified version of the Psalm 137:

The reggae version replaces “the Lord’s song” with “King Alpha’s song,” a reference to Ras Tafari, the Ethiopian king and messiah.

The second stanza diverges from the psalm, offering a Rasta-flavored exhortation to protest injustice through shouts and song:

The final stanza of “Rivers of Babylon” embodies the historic connection between Rastafari and Christianity. Rastafari developed in a colonial society shaped by British Protestants and indigenous African Jamaican traditions.

The song’s final stanza is taken from Psalm 19 and is a familiar Christian benediction, ending with a familiar Rastafari salutation:

Psalm 137 has also inspired numerous political leaders and social movements, and immigrants, as varied as Irish, Korean and Cuban, have identified with the story. Its verses capture succinctly the ways people come to grips with trauma and the desire for justice. There is a good reason, in other words, why this particular psalm continues to resonate. 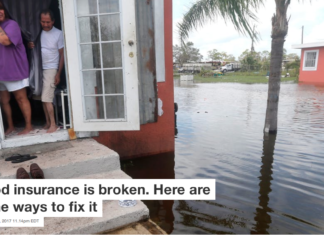 How 18 million Americans could move into rural areas – without...

Can organizations have too much talent?