The Juul vaporizer is the latest advancement in electronic cigarette technology, delivering nicotine to the user from a device about the size and shape of a thumb drive. Juul has taken the electronic cigarette market by storm experiencing a year-over-year growth of about 700 percent.

In recent months, stories about a possible Juul craze among teenagers have circulated in the media. In April, The Wall Street Journal reported that parents are fighting a Juul
epidemic. In May, The New Yorker told a story about Juul’s presence at high schools in America’s more affluent ZIP codes.

I study ways to inform public health and policy by using data from social media. According to new research my colleagues and I conducted that was just published in Drug and Alcohol Dependence, thousands of students sneak this nicotine delivery system on to school grounds to use during school hours.

Our study adds to this discussion by considering a novel source: posts to Twitter. Because posts on social media reflect the attitudes and behaviors of the public in their own words, researchers can treat this data source like a massive focus group.

For this reason, my colleagues and I will often turn to social media to track health behaviors, including the use of emerging tobacco products, to better understand the social and environmental setting in which they are used. For example, last year we discovered that “cloud chasing,” or the act of blowing the largest aerosol cloud possible in a competition, was one of the more appealing characteristics of electronic cigarettes among Instagram users.

In our most recent study, we wanted to document and describe the public’s initial experiences with Juul. We collected posts to Twitter containing the term “Juul” from April 1, 2017 to December 14, 2017. We analyzed over 80,000 posts representing tweets from 52,098 unique users during this period and used text classifiers (automated processes that find specified words and phrases) to identify topics in posts.

We found that 1 in 25 posts, or 4 percent, was indicative of use of Juul while at high school, middle school and even elementary school. These posts described young people talking about using Juul on school grounds, in classrooms, in bathrooms, in the library, at recess and during gym.

For example, if the words “school,” “principal,” “teacher,” “elementary” or “recess,” among dozens of others, co-occurred in posts with the word “Juul,” we identified that post as reflective of a young person using Juul or seeing someone use Juul while on school grounds.

In comparison, a recent national online survey showed that 7 percent of participants 15 to 17 years of age, who would most likely be high school students, reported ever using a Juul.

We only had access to posts from public accounts, so our findings do not reflect posts from private users suggesting our numbers may underreport the amount of youth talking about Juul on Twitter.

Juul’s discreetness may facilitate its use in places where vaping is prohibited, also known as “stealth vaping.”

How to handle vaping

Our findings suggest educators may be in need of training on how to identify Juul in the classroom. School administrators may consider installing vapor detectors in bathrooms and classrooms to deter use of Juul on school grounds.

Our study’s data source – posts to Twitter – may highlight a way parents can determine if their child is using Juul. While we analyzed anonymized data, parents could follow their child’s account to monitor such activities.

Twitter does not make its users’ demographic information (e.g., age) public in order to protect user privacy. As such, our study could not determine the exact age of Twitter users. However, posts contained combined words like “Juul” and “recess” suggesting posts were made by youth.

While Juul is marketed as a “smoking alternative” for adults trying to quit, we found relatively few posts containing phrases like “quit smoking.” One in 350 posts do.

Electronic cigarettes have stirred national debate where public health officials are trying to determine if these devices, like Juul, will help smokers quit combustible cigarettes or serve as a possible gateway product to combustible cigarette use among youth. While this debate will likely go on for some time, it is clear that nicotine use of any kind is known to be addictive and harmful to adolescent brain development. We believe that our findings underscore the need for policies to be implemented to keep such products out of the hands of youth. 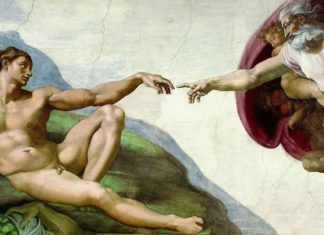 Staff Writer - October 18, 2014
By Graham Oppy, Monash University Disputes about the existence of God — like most disputes about religion, politics, and sex — almost always generate heat...