Heavy rains following Hurricane Florence have raised concerns over the release of toxic materials. Ash from coal-fired power plants stored at a landfill has spilled out and the state of North Carolina has said dozens of sites have released hog waste or are at risk of doing so.

These types of events not only highlight the potential of harm to humans and the environment due to this type of uncontrolled pollution, but also the linkage between environmental regulations and the risks communities face when natural disasters occur.

The decisions communities make when managing a range of hazards, including industrial waste siting, are a key factor in a community’s vulnerability during a disaster – a dynamic we’ve seen play out in many ways in our work in disaster policy and management. Such choices also help explain why disaster damage is so costly and disaster recovery so complex.

Heavy rainfall from Hurricane Florence caused the Neuse River to flood and erode three soil-capped coal ash landfills near Goldsboro, North Carolina. At another coal ash landfill near Wilmington, heavy rains exposed its toxic contents, which include lead, arsenic and mercury, washing them into a nearby lake that drains into the Cape Fear River. Duke Energy, operator of the landfill and nearby power plant, estimates about 2,000 cubic yards escaped into the lake but claims contaminated storm waters did not make it into the river.

The problem of managing coal ash storage is a useful illustration of how environmental protection choices, good or bad, affect the degree of community vulnerability during a disaster.

The North Carolina legislature has a recent history of explicit denial of climate change. A bill passed in 2012 banned the use of climate science regarding the effects of sea-level rise and other coastal management issues. This promotes less-than-sound coastal development and increases vulnerability to coastal hazards.

Likewise, the state has a history of allowing coal ash storage in areas that put drinking water at risk for contamination. A plan to remove or clean up these sites has faced criticism from environmentalists that such efforts are inadequate to date.

Coal ash is the toxic waste product of burning coal for energy production. There are more than 100 coal ash waste sites in the Southeast; 37 are located in North Carolina. Coal ash waste contains a wide range of compounds, most concerning of which are heavy metals. If not contained and monitored, toxic coal ash poses a significant health risk, because it can contaminate drinking water, surface waters, accumulate in fish, and harm other living organisms.

In 2008 a massive coal ash spill in Tennessee, similar to the potential situation in North Carolina, cost more than US$1.2 billion to clean up. This prompted the Obama administration to write new national regulations on coal ash disposal, adopting a final rule in 2015.

The Obama administration’s efforts on coal ash can be understood in the context of its Clean Power Plan, a broad effort at addressing climate change and industrial pollution. The Trump administration has sought to undo that regulatory approach, including rolling back the stringency of coal ash disposal regulation.

But easing regulations of energy production, consumption and waste undermines communities’ efforts to respond to disasters and the broader issue of climate change mitigation and adaptation.

In general, systems of emergency management and emergency response are designed to be flexible enough to address any hazard precipitating a crisis, be it natural, such as hurricanes, technological, such as industrial accidents or acts of terrorism. After the Sept. 11, 2001 attacks, the U.S. embarked on a transformation of how emergencies and disasters are handled.

Consider hazard mitigation – the use of tools such as building codes or land use planning to reduce the amount of harm that might occur during a disaster – and how it is connected to other phases of disaster management. The strength of risk reduction steps, such as safer local land use practices, directly affects emergency response and long-term recovery phases.

For example, if a community prevents residential development in a floodplain, when flooding occurs, evacuation or rescue operations are not needed, the costs of recovery are reduced, and so on. At the same time, more stringent environmental regulations have the effect of reducing risk around the hazard itself and facilitating the possibility of more effective hazard mitigation.

Our central point is rather straightforward: Environmental protection actions in a jurisdiction have direct effects on disaster vulnerability. The particular case of North Carolina and the risk of large-scale contamination from coal ash pollution released by the Florence flooding disaster can be viewed in the light of broader trends in the United States and globally.

With sea level rise, coastal communities in the U.S. face huge risks associated with dangerous and more routine flooding. Evidence shows the financial costs of disasters are escalating. Outside the U.S. similar negative trends of increased risk and more severe consequences from national disasters across the globe are well-established.

The coal ash problem in North Carolina can also be seen through the lens of inequitable exposure to environmental harms. Siting of hazardous waste sites is not random – risk exposure tends to be higher for poorer or minority populations. This combined with higher rates of social vulnerability – the inability to prepare for, respond to or recover from a disaster – increases the risks for these residents to suffer long-term health and socioeconomic impacts.

All of these trends – increased vulnerability, inequitable exposure, greater cost of disasters – all underscore the need for viewing environmental regulation as a key component of disaster risk reduction. 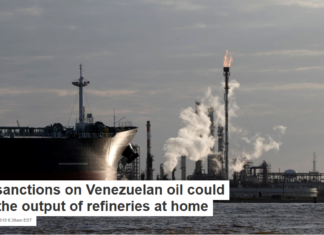