Abuse by Catholic priests was the biggest religion story of 2018, driven by a Pennsylvania grand jury report that exposed its massive scale and cover-ups. Scholars writing for The Conversation brought facts to our readers that had taken them years to research.

As we became partners in unpacking this complex research, I came to better understand the tremendous challenges that these scholars faced – as well as the personal toll this research took.

Here are three pieces from our 2018 clergy sex abuse coverage to explain some of the issues that scholars grappled with.

Brian Clites, a religion scholar at Case Western Reserve University, wrote about the long history of abuse by priests, including a time when it was believed that prayer could heal the abusers. In 1947, Rev. Gerald Fitzgerald, who began his ministry in Boston and Quebec, moved to New Mexico and founded the Servants of the Paraclete, a new order of Catholic priests “devoted to healing deviant clergy.”

From 2011 to 2017, Clites interviewed 60 survivors in Chicago, Boston and Pennsylvania. Each interview lasted about three hours. He also attended survivor events in Chicago. The years took an emotional toll, as he told me. “I would often cry while reading the documents that survivors shared with me,” he said.

Describing working last summer long-distance with two female survivors who were suicidal, he said, “It was difficult to fall asleep not knowing whether they would make it through the night.”

Melissa Wilde, a scholar at University of Pennsylvania, explores some difficult doctrinal changes made possible by an assembly of Roman Catholic bishops held between 1962 to 1965 – a meeting that came to be known as Vatican II.

Wilde spent seven years researching the Vatican before even beginning to write. “I was the first researcher,” she said, to “ever see many of these documents.” Some of the documents she obtained were part of “the Vatican Secret Archive.”

But other materials like letters and other personal correspondence, as well as information on various conservative and progressive groups, were scattered around the world. So, she said, “In the end, I gathered materials from six archival collections, in seven languages.”

In addition, she noted, was the work of managing the reams of information she collected. “Creating a database of Council votes with which I could assess national patterns took years.”

As one can imagine, it wasn’t possible to tell these stories in 800 words – the average length of a Conversation piece – without hours of trying to figure out how to tell the story and which story to tell.

Carolyn M. Warner, a professor at Arizona State University, spent some precious hours working on a piece on a complex set of canon laws that lay out the theology of the Church and which can be changed only by the pope. In a short piece, Warner managed to encapsulate close to two thousand years of Church history.

Her piece explained how the canons were created and the changes that came about over the years. She wrote about how a “canon to avoid scandal” came to be added in the laws, because of a deeply held conviction to “promote and safeguard the faith,” and how such a canon compounded the issue of secrecy around errant priests.

With Catholic orders and diocese releasing lists of priests found to be “credibly accused,” we can expect ever more revelations about the trauma of survivors to come out in 2019. Perhaps it’s worth remembering, it’s the years of work by many – scholars, journalists and activists – that helped bring this story to light. 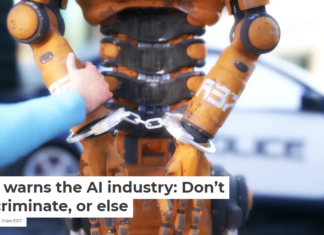 Staff Writer - April 27, 2021
Ryan Calo, University of Washington The U.S. Federal Trade Commission just fired a shot across the bow of the...

Restoring seagrasses can bring coastal bays back to life