Exactly how will the U.S. conduct a fair and accurate investigation into Russian meddling in the 2016 election and links with President Donald Trump’s campaign? U.S. congressional leaders are discussing options.

Senate Majority Leader Mitch McConnell, a Republican, said that the Senate intelligence committee is best suited to investigate any concerns related to Russia.

Senator Lindsey Graham, a leading Republican voice on foreign policy, suggested Congress should establish a select, or special, committee of lawmakers to probe the matter.

Nancy Pelosi, the Democratic leader in the House of Representatives, urged the creation of “a bipartisan, independent, outside commission” to investigate it.

Each of these alternatives may seem reasonable, but there are key differences between them. My research on more than 50 government investigations reveals that independent commissions, like the one Pelosi is advocating for, are more likely than regular or select congressional committees to achieve consensus about controversial events.

A congressional investigation into Russian activities and ties to Trump’s advisers is likely to be riven by partisan discord. An independent commission has greater potential to generate a widely agreed-upon understanding of Russian misbehavior.

At a time when Congress is sharply polarized along partisan lines, congressional investigations tend to become microcosms of that polarization. This is all the more true when an investigation involves an issue about which the president is vulnerable to political embarrassment or attack.

The Senate Intelligence Committee, responsible for overseeing intelligence matters, is characterized by more bipartisanship than most congressional committees. It possesses a highly professional staff that works together well across party lines. Its leaders – Republican Sen. Richard Burr and Democratic Sen. Mark Warner – have expressed a willingness to cooperate in investigating issues related to Russia.

But sharp divisions are likely to emerge between Democrats and Republicans on the committee when they face decisions such as whether to require Trump campaign advisers to testify under oath, or demand that relevant records be turned over to the committee. The same goes for drawing conclusions about the motivations behind Russia’s interference, or the nature of ties between Russia and Trump’s aides. Such issues could run the risk of undermining the credibility of Trump’s election – thereby weakening the Republican Party’s hold on power.

This could result in the issuance of majority and minority committee reports. This happened with congressional reports in 2012 on the Central Intelligence Agency’s treatment of detainees and in 2016 on events related to the attack in Benghazi, Libya that killed four Americans. Such competing reports would fuel the perpetuation of distinct Republican and Democratic narratives about Russia’s role in the 2016 election.

The same outcome would likely result from an investigation by a select congressional committee, since select committees are also composed of lawmakers from both parties.

Investigations of the 9/11 attack

The congressional response to the Sept. 11, 2001 terrorist attack illustrates the tendency of partisanship to infect investigations into events that could call into question the president’s standing.

In 2002, the House and Senate intelligence committees conducted a joint investigation of matters related to the attack. This probe, known as the joint inquiry, uncovered important information about government lapses that made it easier for Al-Qaida operatives to enter the United States and hijack four airplanes.

Yet the joint inquiry’s substantive findings were overshadowed by partisan disagreements over issues such as whether George W. Bush or Bill Clinton bore responsibility for the failure to prevent the attack. Some Republican members of the joint inquiry were also unwilling to support efforts to press the Bush White House for access to key witnesses and documents. The inquiry concluded with the release of a majority report that included separate concluding statements from nine inquiry members, some of whom expressed serious disagreement.

Dissatisfaction with this process led Congress and President Bush to approve a law that created the independent 9/11 Commission nine months after the joint inquiry had begun its work. The commission was characterized by strong bipartisanship. None of the 9/11 Commission’s members held public office during their tenure on the commission.

This distance from the partisan environment of Congress gave the commission’s five Republicans and five Democrats the freedom to find common ground. The result was a unanimous report that provided the definitive account of the Sept. 11 attack. However, the delay in creating the commission meant that this account and the commission’s recommendations were not published until 2004, years after the attack.

To be sure, some commissions also fall prey to polarization. I have found that about one-third of commissions created to investigate national security issues fail to produce unanimous reports.

But even staunch Democrats and Republicans typically place the national interest above partisan considerations when serving on a commission. They have an incentive to do so because their own reputation is at stake.

To create a commission, Congress would need to approve and Trump would need to sign legislation establishing the body. For now, this outcome appears unlikely. For this reason, some Democratic leaders in Congress are focusing instead on ensuring that the intelligence committee’s investigation is robust.

But if the intelligence committee proves unable to conduct a thorough and bipartisan investigation of Russian meddling and Trump’s campaign, pressure will build on America’s leaders to establish a more independent probe. Hanging in the balance could be whether the United States can forge consensus about what happened and how to prevent it from happening again.

Editor’s note: An earlier version incorrectly stated the 9/11 “joint inquiry” had released one majority report and seven dissenting statements. The inquiry’s final report included separate statements from nine members of the committee, some of whom expressed serious disagreement. 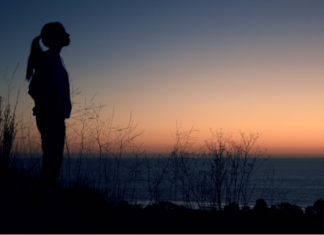