The U.S., the European Union, Japan and Canada are further severing Russia from global markets by removing a coveted trading designation over its war in Ukraine. Known as most-favored-nation status, it generally entitles a country to the best possible trading terms, which comes with many economic benefits. The EU agreed to drop the designation on March 15, 2022, and Congress is close to doing the same. Charles Hankla, a political scientist who studies trade at Georgia State University, explains what most-favored-nation status is, why countries want it and the consequences of Russia losing it.

1. What is most-favored-nation status?

Designating a country as a “most-favored nation,” which the U.S. also calls permanent normal trading relations, lies at the heart of the global trading system.

When a country awards this designation to a trading partner, it promises to apply only its lowest trade barriers – tariffs, quotas and the like – to that partner. If the awarding country then decides to lower barriers to one trading partner, it must lower them to all deemed a most-favored nation.

This embodies the principle of non-discrimination within the WTO: Every member of the multilateral trading organization must treat all the others alike.

Russia is still a member of the WTO, which it joined in 2012. So how can its most-favored-nation status be taken away?

WTO rules provide a number of ways that members can impose special trading barriers on other members, but the one that’s relevant here is the so-called security exception. Article 21 of the 1994 treaty that gave rise to the WTO allows a member state to waive most-favored-nation status when “necessary for the protection of its essential security interests,” especially “in time of war or other emergency in international relations.”

President Donald Trump used this exception as part of his justification for his trade war with China, also a WTO member.

With the war in Ukraine, the security provision provides the primary legal justification for sanctions against Russia that might seem to violate the rules of the multilateral trading system.

Russia does have the right to appeal these sanctions, but the WTO body that adjudicates disagreements has essentially been defunct – as the result of a Trump-imposed nomination boycott – since 2020.

And in one of those ironies that occasionally arise in international relations, Russia used the security exemption in 2019 to justify sanctions it imposed on Ukraine – and its right to do so was affirmed by a WTO adjudication panel. It seems unlikely that the WTO would rule against the U.S. or its allies over sanctions undertaken during a much hotter war than existed three years ago.

While the temporary suspension of most-favored-nation status can be taken immediately by individual countries, the tougher penalty of expelling Russia from the World Trade Organization – floated by some commentators – would be much more complicated. It would require two-thirds of member states to open debate on the issue and three-quarters to vote for expulsion, something that seems unlikely in an organization traditionally built on consensus.

3. What impact will this have on Russia?

While taking away most-favored-nation status won’t have much immediate effect – beyond symbolism – this change could lead to more severe sanctions in the future.

Although the U.S. doesn’t trade a lot with Russia – with imports of just US$22.3 billion in 2019, and that was mostly the oil, gas and coal that has now been banned – the EU is Russia’s largest single trading partner. Moreover, the G-7 countries – the U.S., U.K., Japan, France, Germany, Canada and Italy – alone account for half of all Russian exports.

Of course, there’s a flip side to this since trade interdependence works both ways: As the damage on Russia goes up, the country imposing the sanctions feels more pain as well. This is especially true given Europe’s oil and gas dependence on Russia, which means its energy costs could surge if the EU imposes more sanctions on Russia’s energy sector. More than that, Ukraine’s and Russia’s status as major producers of food grains has the World Food Program sounding the alarm that the war and resulting sanctions could increase hunger in many developing countries.

The bottom line is this: Withdrawal of most-favored-nation status, by bypassing international trade law, opens the door to much more severe sanctions. Whether these are imposed depends on how much individual nations – especially in Europe – will be willing to sacrifice to punish Russia.

4. Can Russia find other countries to buy its goods?

The Russian government seems to believe that even if it’s subjected to crippling trade sanctions from the U.S. and Europe, it will be able to survive economically thanks to its special relationship with China.

Intelligence reports have alleged that Russian President Vladimir Putin informed his counterpart in China in advance of his broad plans toward Ukraine. It seems likely that Putin understood that sanctions were a possible consequence of the invasion, though he probably did not anticipate their severity. Whatever the case, Putin likely wanted to ensure that China would help cushion the blow.

There is no question that China’s support could be critical to bolstering a Russian economy reeling from crippling sanctions. China is now the world’s second-largest economy, a major trading power and a source of deep-pocketed financial resources. Despite its massive geographic size and formidable if diminished military, Russia is a much weaker economic power, with an economy smaller than that of Italy, Canada or South Korea.

With China’s support, Russia should be able to find a buyer for some of its exports, including natural gas and oil, and it will have access to a well-capitalized financial system.

But the matter isn’t so straightforward for Moscow. As economist and columnist Paul Krugman has argued, Russia depends on the United States and its allies for many critical imports, including high-tech goods. And a dependence on China as financier and purchaser represents its own security challenges to Putin, who undoubtedly wants to avoid becoming a client of Beijing.

China, for all its economic weight, will not be able to shield Russia from the economic consequences of this devastating war.

5. Are there any other long-term consequences of this?

There are potential long-term implications of withholding most-favored-nation status from Russia.

First, there is the risk that heavier trade barriers will backfire by driving Russia more deeply into the Chinese sphere of influence. Indeed, American observers were already beginning to worry about Putin and Chinese President Xi Jinping’s increasingly cozy relationship well before the invasion.

Second, while trade sanctions are a common tool to punish countries breaking international rules and norms, their use against a major power like Russia is quite unusual. Indeed, the guiding principle of the multilateral trading system is nondiscrimination in trade. There is, then, the danger that this intrusion of geopolitics into trade could threaten the coherence of a trading system already buffeted by crises.

When the Soviet Union collapsed in 1991 and the Eastern Bloc was integrated into the trading system, many saw it as the final step in a long effort to create a liberal world order. Economic interdependence, it was thought, would discourage future wars and promote peace.

With the war in Ukraine, that assumption has been called into question, and along with it the unity of the global trading order.

All of this leaves the U.S. and other liberal powers on the horns of a dilemma. Trade and financial sanctions are the primary tools available – short of war – to punish Russia for invading Ukraine. But if sanctions are so severe that they prompt Moscow and Beijing to forge an ever closer relationship, that risks further splintering the already fragile world trading system.

By no means does that mean the West shouldn’t punish Russia for its invasion of Ukraine. But it’s important to be aware of the potential consequences that could poison the well of global trade for years to come. 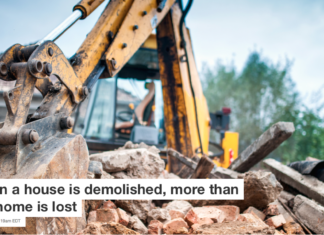