Demands to rename Tillman Hall at Clemson University, the circulation of a video showing a racist chant at the University of Oklahoma and the discovery of a fraternity pledge book discussing lynching at North Carolina State University demonstrate how persistent racial issues are on college campuses.

Benjamin Tillman was a post-Civil War politician, racial demagogue and participant in racial violence, who was critical to Clemson University’s founding in the late-nineteenth century.

Tillman was not the only one. The University of North Carolina trustees are considering a request this week to rename Saunders Hall. The building was named in 1922 for William Saunders, a leader of the North Carolina Ku Klux Klan.

Buildings named after participants in racial violence and songs celebrating the segregation as well as the lynching of black people are not merely offensive. They recall the violence used to maintain all-white institutions for much of this country’s history.

In fact, colleges and universities historically have supported hierarchies of race and other forms of difference from their founding in the colonial era through the civil rights struggles of the late-20th century.

As a co-founder and director of the Transforming Community Project, I used the history of race at Emory University to help members of the university community understand the meaning of equity for the institution today.

In 2011, I co-organized, “Slavery and the University: Histories and Legacies,” the first conference on the history of slavery and racial discrimination at institutions of higher education. Scholars and administrators from across the United States shared the troubled past of slavery and segregation of a majority of colleges and universities.

Today many see the goals of higher education institutions as providing access to all seeking upward economic, political and social mobility, regardless of race, class, gender and religion. But it was not always so.

Colleges and universities built curricula and performed research that supported the enslavement of Africans.
Money from the African slave trade and slavery financed institutions of higher education.

Many college campuses used or owned enslaved blacks, who erected and maintained the buildings and grounds, and served the faculty, students and administrators. At many schools, students, faculty and administrators brought their slaves with them to campus.

One might imagine that this was true only in the South. But the most prestigious educational institutions in the North – Harvard, Princeton, Brown, and others – were intimately connected to the slave trade and slavery.

Most students, who came to these schools from all over the United States, were supporters of slavery, and some were wealthy slave owners themselves.

University scholars of the time argued that the racial inferiority of people of African descent justified their enslavement; and that enslavement would bring blacks closer to Christian salvation.

Faculty and students also argued for the centrality of slavery to the nation’s economic success. Coursework in history, religion and other subjects supported the moral and political correctness of slavery.

The influence of college graduates reached beyond North America into slave-holding societies in the Caribbean and South America. Graduates took up positions among the slave-holding elite as plantation owners and politicians. Others became ministers or educators who upheld slavery through preaching and teaching.

Those who spoke against slavery on college campuses were few, and faculty spoke out against slavery at the threat of losing their jobs. In the United States before the Civil War, only anti-slavery colleges such as Oberlin College in Ohio were consistent in their opposition to slavery and racism.

Following the Civil War, historically white colleges North and South diverged only slightly in their willingness to admit non-white students. These schools also limited or prevented the enrollment of other groups, such as non-Protestant Christians or Jews.

Quota systems were used by universities in the north

In the south, legal segregation prevented black students from attending colleges and universities. In northern schools, quota systems limited the number of blacks who could attend.

In both North and South, schools limited the enrollment of non-Protestant Christians, such as Catholics; and Jews, among other groups. These practices reinforced racial and religious hierarchies until the late-twentieth century.

The threat or use of violence was central to maintaining racial and religious segregation in all parts of society.

At the University of Florida in Gainesville in 1924, Ku Klux Klan members (including the city’s mayor and police chief) kidnapped and castrated a Catholic priest serving the small group of Catholic students there. They believed that the priest was converting Protestant students to Catholicism.

When Tillman supported the founding of Clemson University in 1889, he had already established himself as in favor of upholding racial segregation by violence. There was no question that the university would be for whites only.

State schools established for whites maintained racially exclusionary practices towards blacks until forced to integrate by Supreme Court rulings Sweatt v. Painter in 1950 and Brown v. Board of Education in 1954.

However, it was not until the 1970s that segregation for non-whites and quotas for non-Christian students in universities were completely abolished.

Southern institutions fought desegregation through a series of law suits. And the first African Americans students to attend these schools suffered acute harassment.

At the University of Texas for instance, in 1950, the Supreme Court ruling in Sweatt v. Painter forced the law school to admit Heman Sweatt, its first black student.

During Sweatt’s first semester on campus, someone burned a cross at the law school and inscribed KKK (Ku Klux Klan) on the steps of the law building. Most faculty members and students at the law school did not support Sweatt. He ended up leaving after two years without a law degree.

In 1954, as part of its continuing resistance to desegregation, the University of Texas named a new dorm for William Stewart Simkins, one of the law school’s first professors.

Simkins, a native of the same South Carolina county as Benjamin Tillman, was also a founder of the Florida Ku Klux Klan. Both Simkins and Tillman boasted of using violence to enforce racial segregation.

Honoring Simkins in 1954 symbolically reinforced the school’s commitment to segregation. Similar actions occurred throughout the south and included the reclamation of the Confederate flag by southerners and lynching of civil rights activists as part of a “massive resistance” to desegregation.

The events occurring on campuses today echo these troubled times, and reveal the continuing unease that some have with diverse campuses. But significant progress has been made in the 65 years since Heman Sweatt attempted his law degree at University of Texas.

The vast majority of higher education institutions recognize that serving a diverse campus community is of intrinsic value to the educational enterprise and to the nation at large.

As a result, many schools are struggling to align their campuses with these changes by renaming buildings and limiting racist behavior.

The Pi Kappa Phi chapter at North Carolina State has been suspended as university and national fraternity officials investigate the pledge book that contains references to lynching and rape.

The landscape of US higher education today would be completely unrecognizable to Benjamin Tillman and William Stewart Simkins.

This is a profound achievement. 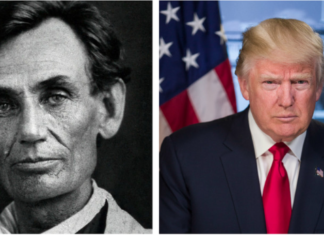 Staff Writer - February 16, 2017
Donald Nieman, Binghamton University, State University of New York How will Donald Trump observe Presidents Day? Will he have the inclination or take the...