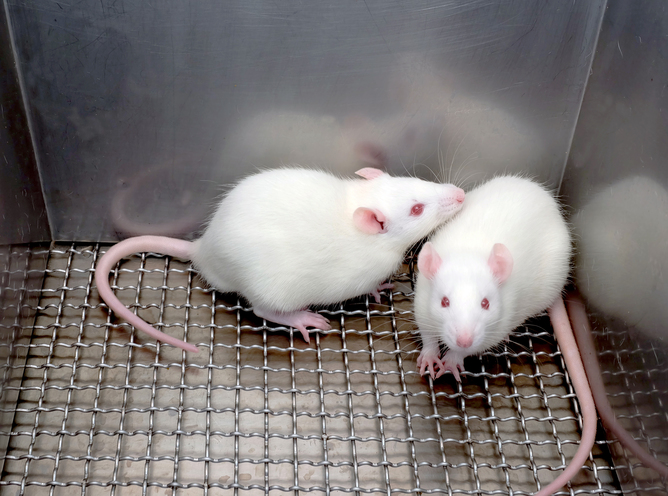 Shift work causes breast cancer in mice, according to a new study – so what does this mean for humans?

A new study on mice claims that shift work increases the risk of breast cancer.

Proudly, the authors of this new study conclude that it

I think this is a bit of an overstatement, though I do like their results. As a cancer epidemiologist and a researcher on the connection between circadian rhythm disruption and cancer, I’ve invested a lot of years in this topic, and believe it to be quite important. Breast cancer is the most common cancer among women in the world for unknown reasons, and electric light has invaded almost every inch of human habitation. Although, this isn’t the first experimental study in rodents to find a link between circadian rhythm disruption and breast cancer, it adds another dimension to the argument. In fact, shift work was labeled a probable human carcinogen back in 2007.

The specific question at hand, though, is how does one prove that shift work causes breast cancer, as the authors of the new study claim?

For determining the causes of cancer, the primary evidence is from epidemiological studies in people and experimental studies in animals, called toxicology. However, “proof” is in the eye of the beholder, and therein lies the tricky part. Who decides what constitutes “proof”? Can “proof” come only from experiments? If so, we’re in trouble, because we can never do an experiment in humans for any exposure that is suspected to be harmful.

What can we learn from the mouse model of human breast cancer?

As the researchers state in their paper, the motivation for their study was the observation of higher breast cancer risk in women who work at night. They point out that:

But again, the question is: who decides what is “causal evidence”?

The epidemiological studies of shift workers were, in turn, originally done based on the broader theory that electric lighting in the modern world may explain part of the breast cancer pandemic.

In this new study, the researchers used a special kind of mouse that is prone to breast cancer. One group of mice was exposed to 12 hours of light and 12 hours of dark each day in the laboratory to simulate day and night in the outside world. After a little more than one year, all the mice had breast cancer, although some mice got the cancer early in their lives, and others later. The average number of weeks it took for the breast cancer to appear in each mouse was then calculated for the group.

The second group of mice was also exposed to 12 hours of light and 12 hours of dark, but once a week this was inverted, so the dark became light and the light became dark. This continued for a week, and then the lighting was reversed again.

The mice in this group also got breast cancer within about a year, but on average they developed tumors eight weeks sooner than the mice in the other group exposed to normal light and dark patterns. In other words, the breast cancers came more quickly in the group exposed to the weekly light/dark inversion. The researchers called this inversion “chronic circadian rhythm disturbance” or CRD, and asserted that it was a good mouse model of shift work in humans.

How can we prove that something causes cancer?

In a courtroom, “proof” means “beyond a reasonable doubt.” The prosecutor presents evidence, some of which is direct and most of which is circumstantial. If the evidence accumulates to a critical mass, the jury renders a verdict of guilty. If there is no direct evidence, a verdict of guilt can still be based entirely on circumstantial evidence if there is so much of it that a reasonable person could only conclude that the suspect is guilty. While finding a “smoking gun” is powerful direct evidence, a guilty verdict can still be reached when the circumstantial evidence is overwhelming. It’s up to the jury to decide.

The process is similar in science. A panel of experts considers all the evidence, and makes a recommendation to government and the public on what’s true, what’s false, and what remains unknown.

The problem is that as new data come along, what was once proven can become unproven again by new expert panels who now consider this new evidence and come to a different conclusion. This leads to the perhaps uncomfortable definition of “proof” as “a consensus of experts.”

There are two kinds of scientific evidence most prominent in decisions on potential health hazards: observational epidemiology at the population level, and experimental toxicology in laboratory animals, usually rodents. A typical experiment in toxicology is to expose one group of mice to some nasty chemical, not expose a second group, and then see if the exposed group gets more cancer.

Experimental scientists like toxicologists criticize epidemiology because it is not experimental and can find only associations; they often say “association is not causation.” On the other side, epidemiological studies are on the species that concerns us most, ourselves.

How does the ‘jury’ decide what causes cancer?

We do have a jury of sorts to weigh the evidence, called the International Agency for Research on Cancer, or IARC. The IARC has been making these determinations on potential cancer hazards since 1970 and has considered several hundred agents so far such as benzene, smoking, formaldehyde and many others.

Typically, a panel of 20 to 30 experts, called the working group, meets for 10 days and considers all the evidence, which includes epidemiology in people and toxicology in animals. This panel then tries to come to a consensus. Many countries of the world use the IARC classifications to make policy decisions for protection of the public from these hazards.

The point of emphasis is that there is no hard formula on how to consider the evidence; it is a group decision by a panel of experts (the scientific jury) in which sometimes the epidemiological evidence is so strong that it doesn’t matter whether mice get cancer or not. And sometimes the epidemiology is insufficient to render a verdict on causation and so the toxicology becomes important in making the decision. The IARC has made considerable effort to outline a productive process for how their expert panels should proceed in evaluating all the evidence.

In addition to looking at many chemical exposures, the IARC has also looked at shift work. In fact, I was part of the working group that classified shift work as a “probable human carcinogen” in 2007.

So does shift work cause breast cancer?

In 2007, we already felt there was enough evidence to point the finger at shift work as a potential cause of cancer. Since then, much more evidence has come along.

Electric light as currently used in the modern world does change our physiology in many ways compared to strictly following the sun.

There is growing epidemiological evidence that shift work increases risk of breast cancer in women. Research efforts from the Danish Cancer Society and the Nurses Health Study were among the first to appear, with many more reported since then, and others now being conducted.

So does this study on mice prove that shift work causes breast cancer? It provides additional experimental evidence, and taken together with the observational evidence in people, it is beginning to make a strong case that ill-timed electric light exposure can increase risk of breast cancer in women, though the jury has not yet reached a verdict.

At least now we can say with confidence that shift work does cause breast cancer in mice.

Richard Stevens is Professor, School of Medicine at University of Connecticut 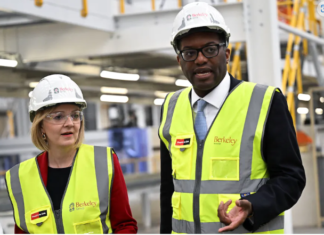 How bonds work and why everyone is talking about them right...

Staff Writer - September 29, 2022
The Bank of England is buying bonds again. Just as it was about to start selling the debt it had accumulated as...

Why the world has a lot to learn about conservation –...