As spring gardening kicks into high gear, bees emerge from hibernation and start moving from flower to flower. These hardworking insects play an essential role pollinating plants, but they’re also interesting for many other reasons. Scientists study bees to learn about their intricate social networks, learning patterns and adaptive behaviors. These four stories from The Conversation’s archive offer diverse views of life in the hive.

1. Females are the future

The survival of bee colonies depends on female bees, although they play different roles depending on their species. In social bee species, females find nesting spots to establish new colonies and lay hundreds of eggs there.

Other species are solitary, meaning that each bee lives alone. Females create segmented nests, lay an egg in each segment, deposit a ball of pollen to feed the larva, and then die off.

Female bees need support, especially early in the year when foraging options are few, doctoral student Lila Westreich notes. “It’s best to provide female bees with many early spring flowers – they rely on nectar from flowers to fuel their search for a nesting spot. Planting early-flowering plants such as willow, poplar, cherry trees and other spring blooms provides nectar for queen bees,” she writes. https://www.youtube.com/embed/vf8QyIF3eoY?wmode=transparent&start=0 In solitary bee species, females play the roles of queen and worker.

2. Some bees are curious, others are focused

All bees forage, but they do it in different ways. Some become very focused on the smell, colors and locations of known food sources and return to those flowers over and over. Others are more willing to explore and will change their behavior when they learn about new food sources.

As part of an experiment, Marquette University biologist Chelsea Cook and her colleagues bred populations of bees that were genetically programmed to be either curious or focused, and a colony that mixed these two styles together. Then they offered the bees a familiar food source and novel sources. Sure enough, the focused colony concentrated on the familiar source and the curious colony visited both known and novel sources.

In the mixed colony, bees came to concentrate more on the familiar source than the new ones over time. Why? The researchers observed how the bees communicated through their “waggle dance,” which tells nestmates where to find food, and saw that the focused bees were dancing faster. This conveyed their message more intensely than signals from slower dancers.

“Because curious bees are interested in everything, including new information about possible food locations, they are perfect listeners and are easily convinced to visit the chosen feeder of their enthusiastic nestmates,” Cook observes. https://www.youtube.com/embed/12Q8FfyLLso?wmode=transparent&start=0 A scientist breaks down bees’ waggle dance.

3. It takes a colony

Bees communicate with one another about many things besides food. For example, bees use dancing to persuade their colony to move to a new nest site, write Providence College biologist Rachael Bonoan and Tufts University biologist Phil Starks.

And bees work together to defend their colonies against external threats. Bonoan and Starks analyzed how honeybee colonies of varying sizes protected themselves against a fungus that causes a bee disease called chalkbrood. To do this, the researchers infected the colonies with the fungus and tracked the bees’ responses with thermal imaging.

The pathogen needs cool temperatures to infect bees, so the bees respond with heat. “When this pathogen is detected, worker bees protect the vulnerable young by contracting their large flight muscles to generate heat. This raises the temperature in the brood comb area of the hive just enough to kill the pathogen,” the biologists explain. Worker bees also remove diseased and dead young from the colony, which reduces the chance of infection spreading.

4. Straining for the good of the swarm

Computer scientist Orit Peleg at the University of Colorado Boulder studied yet another way in which bees work together for the good of the group. Peleg and her colleagues analyzed swarms that European honeybees form when a colony becomes so large that it’s about to split into two new groups. The relocating group forms a swarm that can hang from objects such as tree branches, and can change its shape, with each bee essentially holding hands with others next to it.

The scientists used a motor to shake a wooden board with a swarm of 10,000 honeybees hanging from the underside. By seeing how the swarm responded to shaking in various directions, they hoped to gain insights that could inform the creation of adaptive structures made up of robots linked together.

“Using a computational model, we showed that bonds between bees located closer to where the swarm attaches to the board stretch more than bonds between bees at the far tip of the swarm,” Peleg recounts. “Bees could sense these different amounts of stretching, and use them as a directional signal to move upwards and make the swarm spread.”

Put another way, the bees moved from locations where bonds stretched less to locations where they stretched more. “This behavioral response improves the collective stability of the swarm as a whole at the expense of increasing the average burden experienced by the individual bee,” Peleg concludes.

Editor’s note: This story is a roundup of articles from The Conversation’s archive. 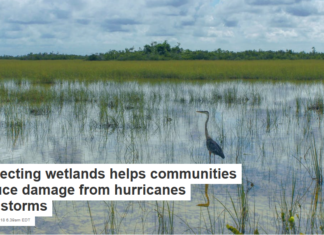