On Dec. 1, Michael Flynn, former national security adviser to President Donald Trump, pleaded guilty to the charge of lying to the FBI about his contacts and conversations with Russians.

As someone who teaches a course called Secrets and Lies and has written about how common it is for people to lie in their dealings with the government, I was not surprised to learn either of Flynn’s lies or the government’s response to them. However, I was surprised to read President Trump’s tweet on Saturday apparently acknowledging that he knew Flynn had lied to the FBI and fired him because of it.

Despite the personal moral objections that most people have to lying, the law under which Flynn was charged by Special Prosecutor Robert Mueller is a controversial one. It applies in a sweeping manner to “any matter within the jurisdiction of the executive, legislative, or judicial branch.”

So, why is it against the law to lie to government officials?

False statements and the right to remain silent

American law generally is aggressive in criminalizing lying, in part because it offers citizens an alternative if they fear the consequences of telling the truth to a government official.

That alternative is found in the Fifth Amendment’s protection against compulsory self-incrimination. It affords individuals a right to remain silent and allows them to avoid speaking damaging truths. When it was added to the U.S. Constitution, the Fifth Amendment was partly a reaction to abuses perpetrated by England’s Courts of Star Chamber, which operated from 1487 to 1681. Those courts were used to suppress opposition to royal policies, and they used torture to exact confessions from the King’s enemies.

It was also a recognition of the natural law principle that no person should be forced to become an instrument of his own demise.

Flynn did not invoke his Fifth Amendment right to remain silent. He chose to answer the questions posed by the FBI.

While we can never know exactly why he did so, we do know that silence is very hard to maintain. This is especially true in the face of a question that might expose one to legal jeopardy. In such a situation, many people feel compelled to speak when they are asked to do so. They want to seem cooperative, or to try to exonerate themselves.

Silence accomplishes neither of those goals. Nonetheless, the law requires that if people choose to speak to government officials they must do so truthfully.

Making lying to the state against the law

The prohibition of false statements traces its origins to the Civil War, when Congress reacted to a “‘spate of frauds’ submitted by military con artists scamming the United States War Department.” It forbade people in the military from making fraudulent requests for payments from the government. Soon, however, the law was broadened to include similar requests when made by any person or corporation.

To successfully prosecute someone for making a false claim, the government had to show that that the accused cheated the government out of money or property. In the 1930s, Congress removed the requirement that there had to be a resultant financial harm. This constituted a substantial departure from what the legal commentator Giles Burch calls the traditional view that “police authority does not… include the power to punish suspects who lie.”

Since the 1930s, the statute used against Flynn has experienced a “creeping expansion.” As a result, it has become a powerful tool that criminalizes what someone says even in cases, like that of Scooter Libby, longtime aide to former Vice President Dick Cheney, when the government cannot prove any other wrongdoing.

Critics argue that 18 USC Section 1001 now has too broad a reach. They worry that it gives prosecutors what United States Supreme Court Justice Ruth Bader Ginsburg once called “extraordinary authority…to manufacture crimes.” Yet despite the expansive use of the false claims statute, American law sometimes has looked the other way when lies are told. Thus prosecutions for perjury have been quite rare and courts have generally been reluctant to enforce section 1001.

Moreover, they sometimes invoked a doctrine called the “exculpatory no” to excuse individuals who falsely denied guilt in response to an investigator’s question. In 1998, the Supreme Court put an end to this practice. As Justice Scalia explained at the time, “Certainly the investigation of wrongdoing is a proper governmental function; and since it is the very purpose of an investigation to uncover the truth, any falsehood relating to the subject of the investigation perverts that function.”

The harm of Flynn’s lies

I’d argue that in Flynn’s case, 18 USC Section 1001 was used correctly and to good effect. What Justice Scalia said in his 1998 opinion helps us identify the harm Flynn did. His lies indeed “perverted the function” of the FBI and impeded it from doing what it must do in a nation governed by the rule of law – prevent government officials and those seeking power from subverting our system of government.

The philosopher Immanuel Kant long ago noted that lies like Flynn’s threaten the foundations of organized society and “vitiate the source of law itself.” Never has Kant’s insight been more pertinent than it is in the United States today. 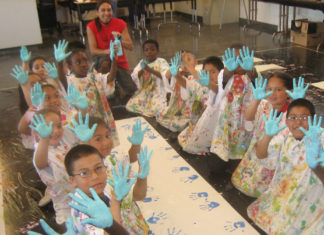 Staff Writer - June 20, 2015
Liane Brouillette, University of California, Irvine Bringing professional actors and dancers into the classroom may seem an unusual strategy for boosting the speaking skills of...

Everything you wanted to know about sexting, but were afraid to...