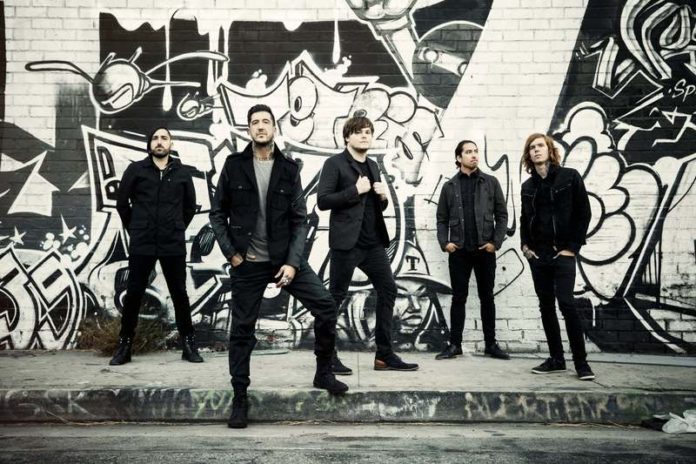 If you’ve driven down Sunset Blvd. in the last month, unless you pay no attention to billboards whatsoever, it would have been tough not to have noticed the band Of Mice And Men plastered on many of them. Until recently, I had never heard of them before. But just from the look of the band’s aesthetic, I knew I was going to hate their music.

My decision to write about OM&M stemmed purely from my curiosity. After passing by Amoeba Records in Hollywood one day and seeing a giant billboard of theirs atop one of the last major record stores in the country, I thought, I should just check them out, enough is enough. After all, their label, Rise Records, has obviously spent a ton of money promoting the band’s new record, ‘Cold World.’ And admittedly, the promotion has worked.

I was not prepared for such a gorgeous sounding band. From the relaxing and pleasing guitar sounds with such soothing harmonic structures, unpretentious and spacious drum rhythms that provide so much space you’re left wanting more, to the effortless and calming melodies delivered by both singers, Austin Carlile and Aaron Pauley, OM&M is becoming one of my favorites. You can tell that there has been little-to-no tuning in their vocals, which makes for a very organic sound. Strip these songs back to just an acoustic guitar and vocal, and you can tell you’re listening to well crafted music. This is the kind of music that makes me feel all warm and soft inside and they don’t for one second sound like the bands I thought they would: Linkin Park, Slipknot, Five Finger Death Punch, or Papa Roach.

Now that I’ve had my literary fun, what I will say is that while I don’t care an iota for OM&M, any of the above mentioned bands, or the metalcore genre in general, for that matter, I am fascinated by why this type of music might actually be gaining more and more popularity at this very moment in time. I can’t really make out the lyrics of what the ‘singer’ is screaming—not sure how anyone can? But in the wake of the most recent presidential debate between Trump and Clinton, all of a sudden, I get it.

If the metalcore genre is any reflection of how youth is feeling about the current state of affairs in our country, then perhaps such aggressive and jarring music makes perfect sense. I’m not sure if there is any type of political message happening in the lyrics, ‘cause I’m not curious enough to get that deep into this band. But if you’re a teenager who is dealing with some dark shit, and on top of it you are being imploded by toxic messages by the media and the Trump machine at large, then maybe this music is the perfect outlet for you. ‘Cause let’s face it, there’s a lot of anger, hate, and violence screaming from the center of this country right now. And we as a nation, perhaps, have never been so divided.

But all joking aside, I actually do appreciate the rhythmic complexity happening in these songs. From the double kick drum patterns matched with quick, chugging, toneless metal guitar stylings, this isn’t easy stuff to play. Look, jazz music might not be your thing, but there’s no denying great jazz musicians. I think with most music, we usually hear the vocals above all else at first. If we don’t connect with the vocal style, melodic sensibility, or timbre of the lead singer’s voice, usually we just stop there. I can get around a mediocre bass player, guitarist, and drummer, if the song is great and I like the singer. With OM&M, it’s tough to get past Carlile’s voice. And he needs extensive tuning when there are actual notes passing through his vocal chords.

At the end of the day, what I fail to fully understand is why some bands get the big billboards and huge promotion pushes, while others don’t. Obviously money has the most to do with it, but given the extremely aggressive nature of OM&M’s music, it’s a little shocking that such a band is deemed so monetize-able.

But perhaps there is something else at play here. Of all the bands with new albums coming out, I haven’t seen a promotional push like this in a long time. It’s hard to ignore. Could it be that they embody the conflict and aggression currently displayed in our current election and political environment? After all, their most recent hit, ‘Pain’ (an ominous title, to say the least), has had almost three million Youtube views. Something is clearly resonating… 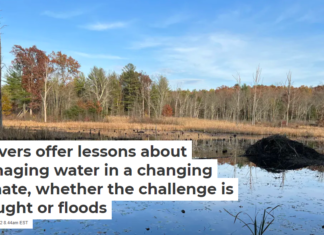 Staff Writer - January 20, 2022
Christine E. Hatch, UMass Amherst It’s no accident that both the Massachusetts Institute of Technology and the California Institute...