Just three months after its last general election, Sweden is to hold another ballot – the first time such a snap poll has been called in the country since 1958. Sweden’s prime minister, Stefan Löfven, announced that the election will take place on March 22 2015, after his minority coalition government lost a parliamentary vote on the national budget.

Löfven has governed since the September election as head of a coalition of his Social Democrats and the Greens. But together they hold just 138 seats in the 349-seat parliament.

The Sweden Democrats, the third-largest party in the parliament, holds the balance of power with 49 seats. It is now flexing its muscles to push an anti-immigration agenda. The party broke with tradition by voting for the budget put forward by the opposition Alliance – a centre-right coalition of four parties led by the Moderates.

Löfven confronted several unappealing choices. He could have sent his budget back to the parliament’s finance committee before the vote in the hope of finding a compromise that would be acceptable to enough of the Alliance, or he could have adopted the opposition budget proposal once it received the most votes. He decided instead to seek a renewed electoral mandate by going back to the polls.

This situation has essentially been forced by the Sweden Democrats in what should be taken as an ambitious show of force. The party secured its highest level of electoral support ever in September’s election, at 13%, and is now making its presence felt. If Löfven had opted to renegotiate his budget, it would have required clamping down on immigration to win the Sweden Democrats’ support.

After the party announced on Tuesday that they would vote against the government budget, Löfven called an eleventh-hour meeting with leaders of the Alliance in an attempt to broker a mutually agreeable solution – but was unsuccessful.

Sweden is no stranger to minority governments, but the coalition that emerged after the last election was in a weaker legislative position than most. The 49 seats held by the Sweden Democrats posed a particular problem.

The Alliance parties will attempt to portray this budget crisis and extra election as a failure of Löfven’s government.

Löfven, for his part, is sticking with his coalition. He has stressed that the Social Democrats will campaign on a joint platform with the Greens, based on the government that the two parties have formed and the budget they have already proposed. He will seek to depict the Alliance as unwilling to compromise. He will imply that, in refusing to negotiate, the opposition has enabled the Sweden Democrats to wreak havoc with Swedish politics.

It remains to be seen if Swedish voters will blame Löfven and the Social Democrats for the budgetary impasse, or attribute responsibility to the parties of the Alliance. The latter would be worrying for the smaller parties of the Alliance that are at risk of not crossing the 4% threshold needed to secure a place in the next parliament.

The Moderates are also faced with heightened uncertainty in the snap election because of changes within their ranks. Moderates leader and former prime minister, Fredrik Reinfeldt, announced his resignation as party chief after September’s election defeat – and finance minister Anders Borg is leaving party politics altogether.

The Moderates will elect a new leader in January, with Anna Kinberg Batra predicted the top candidate. But Reinfeldt and Borg seen as important to the party’s identity and it remains to be seen how she, or any other new leader, will fare in the upcoming campaign.

Pressure from the right

The nationalist newcomers have stated that they will vote against any budget that does not include cuts to immigration. Crucially, this would apply to whichever side wins the government, be it the incumbents or the Alliance.

This represents a departure from the tacit and sometimes active support that the Sweden Democrats gave the Alliance government when it was in power between 2010 and 2014. It indicates an increasingly hardline stance on immigration from a party that has been empowered by its growing popularity.

But uncertainties for the Sweden Democrats remain. Many of the party’s new voters in 2014 voted for the Moderates in 2010. The prospect of further stand-offs like this could prove off putting for this type of voter.

Yet another complicating factor is the absence of party leader Jimmie Åkesson, who has been on sick leave since the September election. Åkesson is a skilled and practiced politician and has been fundamental to the success of the Sweden Democrats but it is not clear when or if he will return.

The way out of the present impasse is not immediately clear, but so far the polls do not indicate drastic changes in voter opinion ahead of this snap election.
Left or right minority governments are likely to face concerted opposition on immigration from the Sweden Democrats, and while cross-bloc co-operation is possible, it is not the norm for Swedish politics.

Currently, nearly seven out of ten Swedes agree with Löfven’s decision to call a new election, but the same survey indicates that many hold Löfven responsible for the budget crisis. The competition to frame responsibility and blame will be a central feature of a campaign that comes in the middle of what is an exciting, but tempestuous time for Swedish politics. 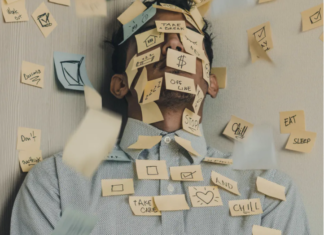 Staff Writer - September 15, 2021
Abigail Marks, Newcastle University Scotland is to become the latest nation to trial a four-day working week, after the...

A view from the 2014 UN Climate Summit in New York