By Catherine Loveday, University of Westminster

Six weeks ago I arrived back in London after my first trip to Australia. It felt considerably colder than the 34 degrees we’d left behind in Sydney, but the skies were clear and blue. Or were they? My partner said no, it had been pouring with rain. I had felt absolutely sure, but now I had started to doubt myself, like those moments when you vividly remember leaving something somewhere, only to find it’s not there.

Humour me a moment and try the same thing. Think back to a specific event that you can clearly remember from around six weeks ago. Use your diary as a prompt if you need to. Now picture it in your head as clearly as you can and try to answer the following questions: where were you and who were you with? What mood were you in? What were you wearing? What was the weather like? Are you sure? How sure?

For most of us, most of the time, these details are irrelevant and often cannot be corroborated. But for those that have been fixated on Serial you will understand why I am asking this. The weekly podcast tells the story of Adnan Syed, a teenager convicted for murder 15 years ago largely on the basis of witness accounts and memories of events that had happened six weeks earlier.

Occasionally, being able to remember the precise details of a specific event can be crucial. And yet, as I hope to convince you, not one of us can do this with absolute certainty.

Our autobiographical memory, that is our memory for our life, is a fundamental part of who we are. It provides us with a narrative and gives us a sense of identity. It guides our decisions and it provides the social glue for us to build and maintain relationships. The human capacity to remember is phenomenal, but the mechanisms that make it efficient and effective are the same ones that also make it fallible.

One of the most important things to understand about autobiographical memory is that it is constructive. Contrary to popular belief, memory doesn’t work like a video tape that we review. Instead, our brain stores a series of brief fleeting moments – visual snapshots, sounds, smells, thoughts and feelings – and each time we remember, we piece these back together to create something called an episodic memory of an event. These events in turn can be used to build up a narrative of a whole day or even a whole lifetime.

Nothing much happened that day.
Olgaberrios, CC BY

It is also important to understand that memories are not constructed from precise records of what actually happened – but rather from records of what we experienced. Our perception is shaped by all sorts of things: our knowledge, our mood, the social context, our physical perspective, even our vocabulary (the language we have available seems to affect the way we encode and retrieve memories). But critically, the reconstruction process itself is also shaped by all of these factors.

Let’s go back to that event six weeks ago and look at the role that knowledge might play in helping you to reconstruct that memory. There are two types of knowledge that might help us: “semantic knowledge” is general information about the world, for example what the weather is like in England in October; and “autobiographical knowledge,” general information about ourselves, such as where we work, who our friends are, what we tend to have for breakfast, what we generally do on a Tuesday and so on.

This generic information is both friend and foe. On the whole it makes memory efficient and effective, allowing us to store repeated events as generalised memories which are more quickly and easily recalled. And when something unusual happens we often tend to remember it because it stands out as being different.

However, the price we pay for this is that it is incredibly difficult to remember very specific details for days or events that are otherwise unremarkable. Unless we revisit these events, much of this fades away within a few days.

Why some things and not others?

So why do we seem to remember some things so clearly? And how reliable are those memories? The key factor here is a process called “consolidation”. This is a complex process, generally believed to involve the hippocampal system, whereby memories are periodically reactivated, thus strengthening the neural connections.

In simple terms, the sooner and the more often you revisit a specific memory, the more easily you will be able to access it in the future. Again, this is efficient because we let go of what we don’t need and hang on to what we do.

But bear in mind the important points I made earlier. Each time we “remember” we are effectively reconstructing that memory in the context of a constantly changing knowledge base and perspective. On the whole this is an adaptive function. It allows us to make sense of our past in the context of our present.

However, this also means that our memories are prone to errors and contamination, which has particular consequences for the legal system. And we can sometimes reinterpret things differently in the light of new information so that the original memory is over-written with a new, slightly altered one.

While listening to Serial, I have thought a lot about the nature of autobiographical memory. A 2011 study by Daniel Simons and Christopher Chabris found that 37.1% of the general population believed that the testimony of one confident eye-witness should be enough to convict a defendant. Sixteen experts who were asked the same question all disagreed.

Wherever you stand on the case of Adnan Syed, there is no question that autobiographical memory is a complex phenomenon and that however brilliant it is, at times we cannot even trust our own memory, let alone that of others. I’ve checked the internet for weather reports on that day I flew back into London, and it turns out that we were both wrong. 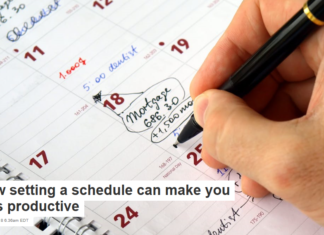 Staff Writer - June 19, 2018
Selin Malkoc, The Ohio State University It can seem like there’s never enough time – not enough for sleep and not enough for play, not...