Inflation continues to surge at the fastest pace since the early 1980s, placing more pressure on the Federal Reserve to lift interest rates.

The consumer price index, a broad measure of prices of goods and services in the U.S. economy, climbed 8.5% in March 2022 from the same time a year earlier, led by the soaring price of energy, according to the Bureau of Labor Statistics. That’s the highest level since 1981, the last time the Fed was caught in a ferocious battle to tame inflation.

Here are three recent stories we’ve published that put the rise in prices in context.

1. Oil is in everything

When inflation first began accelerating about in early 2021, the main culprit was pandemic-related supply chain problems. But now, it’s overwhelmingly the war in Ukraine, which has roiled energy markets and threatened supplies, causing oil prices to spike. In the U.S., energy prices jumped 32% in March 2022 from a year earlier.

That’s a big problem for the economy because virtually everything we buy or consume requires energy, explains Veronika Dolar, an assistant professor of economics at SUNY Old Westbury.

“In my economics classes, I like to joke to my students that we eat petroleum,” she writes. “Students have a hard time imagining drinking crude oil or gasoline, but in fact it’s both figuratively and almost literally true.”

Oil powers the ships and trucks that move our packages around the world, becomes the plastics that go into apparel and packaging, and is even in some of the food we eat, such as cookies and pizza.

Rising prices of meat and veggies at your local grocery stores and gas at the pump affects everyone, of course. But they impact some consumers more than others.

In fact, Americans who earn the lowest incomes are seeing prices rise at a significantly higher pace than the richest. This gap is explained by something known as inflation inequality, which explores the different spending habits of each group, writes Jacob Orchard, who is a doctoral candidate in Economics at the University of California San Diego. The poorest spend a lot more of their incomes on energy and food, which are the categories climbing the most right now.

“In times of economic uncertainty and recession, most households tend to hold back on buying luxury goods,” he notes. “But by and large, people can’t cut down on necessities such as groceries and heating – although wealthier consumers are better placed to stock up on these necessities when prices are cheap.”

3. Why the Fed won’t bring down inflation – soon

It is the Federal Reserve’s job to do something about the problem of surging prices. And interest rates are the main way the Fed can bring down inflation.

The Fed does this by hiking interest rates, as it did in February 2022, which increases borrowing costs for companies and consumers throughout the economy. The aim is to slow economic activity, which should cause inflation to cool off.

“The challenge for the Fed is to do this without sending the economy into recession,” explains Jeffery S. Bredthauer, an associate professor of finance, banking and real estate at the University of Nebraska Omaha.

If the Fed raises rates by too much and too fast, it could act like slamming on the brakes while driving on a highway. That risks what economists call stagflation, Bredthauer writes, which is a terrible brew of high inflation and a stagnating economy.

But because the biggest factors influencing inflation are outside of the Fed’s control – namely, the war in Ukraine and the global shortage of goods – it will be almost impossible for the central bank to bring inflation down anytime soon, he explains.

[Get the best of The Conversation’s politics, science or religion articles each week.Sign up today.] 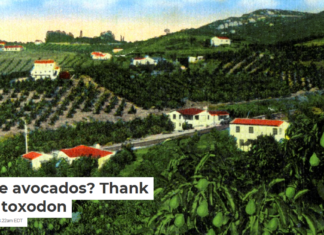 Staff Writer - July 24, 2020
Jeffrey Miller, Colorado State University Given avocado’s popularity today, it’s hard to believe that we came close to not having them in our supermarkets at...

Why a ‘cashless’ society would hurt the poor: A lesson from...