Over the past few years, I have teamed up with fellow economists Marianne Bertrande, Matilde Bombardini and Francesco Trebbi to look into one underappreciated way that businesses may attempt to influence politicians: corporate philanthropy.

We found that what we call “politically linked charities” get more money from corporate foundations in general. We also find that when politicians gain leverage on issues tied to a company’s interests, charities in their districts get more gifts from that company’s foundation. For example, a nonprofit is more than four times more likely to receive grants from a corporate foundation if a politician sits on its board.

This means, in our view, that some corporate giving may influence members of Congress in both major political parties to a degree – indirectly bending laws and regulations in ways that boost profits rather than serve the public’s interests.

Why would businesses rely on charitable donations rather than, say, campaign funds or lobbying efforts, to influence government? One big reason is that there are limits on campaign contributions, but effectively no limit on what what corporations may give to charity.

And it appears that corporate charity is deployed in ways that look a lot like influencing.

First, companies may give to politicians’ pet charities. For example, as detailed in a recent New York Times article highlighting our research, the foundations of AT&T, ConAgra Foods, General Electric, Goldman Sachs, Medtronic, Merck, Monsanto, Nationwide Insurance, Principal Financial Group and Rockwell Collins all contributed to either the University of Northern Iowa or the Partnership for a Drug-Free Iowa. Perhaps not coincidentally, Republican Sen. Chuck Grassley is a trustee of one of these organizations and an honorary board member of the other.

Second, companies may support nonprofits that serve the voters of individual politicians’ districts – thereby indirectly helping him or her get re-elected. For example, an investigation by The New York Times of former Democratic Rep. Joe Baca of California concluded that he used his family foundation and its generous giveaways “to run something akin to a permanent political campaign.” But much of the foundation’s largesse was funded by local companies and major corporations “that have often turned to Mr. Baca’s Washington office for help,” not by his family.

Then there is the stealth factor. It’s relatively easy to look up how much investment management giant BlackRock’s political action committee, or PAC, gave Rep. Carolyn Maloney, in the 2016 election cycle. According to the Center for Responsive Politics’ OpenSecrets database, the New York Democrat got US$10,000. That’s because federal law has required all such donations to be publicly disclosed since the 1970s.

It’s harder, however, to connect the dots between BlackRock’s charitable giving that indirectly benefits Maloney and her colleagues who have New York City’s financial service businesses as their constituents.

To uncover potential links between corporate donations and legislative interests, we looked at the grants provided by the foundations of companies in the S&P 500 and Fortune 500 lists that comprise many of America’s largest companies. Because these grants must by law be disclosed on tax returns, we could link most donations to specific nonprofits. That, in turn, meant we could pinpoint in which congressional districts the nonprofits were located.

As the Grassley and Baca examples indicate, it is fair to say that corporate foundations are more likely to give to nonprofits tied to politicians if those lawmakers belong to committees that matter to the company.

We also have also found that companies’ foundations give more to nonprofits in districts represented by politicians who also get campaign cash from those same enterprises. That suggests that corporate giving does double duty as a form of stealth campaign finance.

What can be done about it

Corporate charitable contributions totaled nearly $18 billion in 2014, the most recent year that we analyzed in our data. My colleagues and I estimated that 7 percent of them were politically motivated – about $1.3 billion. At that level, the political donations delivered through charity may be as important as more easily observable channels of influence.

For example, corporate PACs spent less than $500 million in 2014 while lobbying expenditures amounted to $3.3 billion.

In light of our findings, we believe that corporate-funded activities of all kinds should require more disclosure, including the donations companies give to charity. 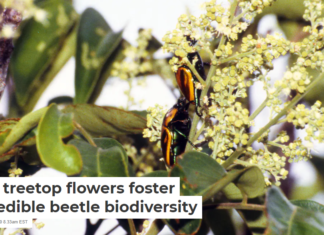 Invasive tawny crazy ants have an intense craving for calcium –...