The education committee of the Kentucky Senate is currently considering a bill for a “day of prayer” in the state’s schools. The bill known as HB 40 was already passed by the Kentucky House of Representatives.

As a scholar who has studied school prayer this bill raises the ghosts of history.

As far back as the early 19th century, Catholic students and other religious groups were sometimes whipped, beaten and worse, for not participating in prayer and Bible reading in the common schools, a predecessor to the public schools.

School prayer and the Supreme Court

Before looking at this history in more depth, it is important to understand the Supreme Court’s decisions about school prayer.

The First Amendment’s Establishment Clause requires that government not favor or endorse one religion over others or religion over nonreligion. One thing to bear in mind is that even if a law is found constitutional, the way it is applied in individual schools may be unconstitutional.

In two landmark judgments in 1962 and 1963, the U.S. Supreme Court declared organized public school prayer to be unconstitutional.

Later U.S. Supreme Court decisions clarified that promoting prayer includes endorsing or creating policies that allow for organized prayer under the guise of being “student-initiated.”

In my view, a more accurate way of looking at the Supreme Court’s school prayer decisions is that they have left prayer to individual students during the school day. Students can pray on their own or say grace before meals with friends and others, but they cannot impose prayer on others. Nor can the school itself.

In the 1840s and throughout much of the 19th century, school prayer and Bible reading were used in an attempt to discriminate against Catholics and other religious groups.

There are examples of Catholic students being whipped and harassed and priests being tarred and feathered and ridden on rails, which involved parading someone around on a wooden rail. Catholics were even killed when they refused to participate in prayer and Bible reading in the common schools.

Much of this violence was about more than just prayer. A lot of it was fostered by resistance to Irish immigration, anti-Catholicism and perceived job competition. Yet, school prayer and Bible reading issues often served as significant fuel for this anti-immigrant fire.

During the 19th and early 20th centuries, school prayer was challenged in court by some citizens affected by it for violating state constitutions. These early cases often found that state-mandated school prayer violated the constitution of the state in question. One of these landmark cases, decided in 1872, is “Board of Education of Cincinnati v. Minor.”

It was the unanimous opinion of the Ohio Supreme Court upholding Judge Taft’s decision, which made a strong argument for separation of church and state. Justice John Welch, writing for the court, noted:

“When Christianity asks the aid of government beyond mere impartial protection, it denies itself. Its laws are divine, and not human. Its essential interests lie beyond the reach and range of human governments. United with government, religion never rises above the merest superstition; united with religion, government never rises above the merest despotism; and all history shows us that the more widely and completely they are separated, the better it is for both.”

A divisive and costly battle

Interestingly, some of the religious groups that support school prayer today opposed it only 40 years ago, often for the same reasons suggested by Justice Welch. Some Southern Baptists and evangelicals, for example, viewed public school prayer as an affront to God.

Today, all taxpayers have to pay for school prayer laws when these laws are challenged in court. Knowing how divisive and costly such battles can be, it is not, in my view, a wise use of public funds or state power. Perhaps the Kentucky legislature could benefit from knowing this history. 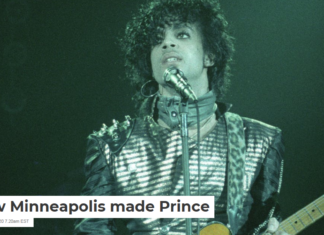 Staff Writer - January 27, 2020
Rashad Shabazz, Arizona State University It’s been almost four years since Prince’s death, but fascination about the artist, the man and his mythology endures. On Jan....