The United States will withdraw from the Iran nuclear deal, according to a May 8 announcement by President Donald Trump. The decision reverses a hardwon agreement that President Barack Obama negotiated with European allies, Russia, Iran and other nations in 2015.

The president plans to meet with North Korean dictator Kim Jong Un, something no sitting U.S. president has ever done. He also scrapped the Trans-Pacific Partnership, relocated the American embassy in Israel to Jerusalem and decreed tariffs on imported steel and aluminum.

All of these decisions have triggered vehement criticism.

But is Trump really such an outlier? As a scholar of American foreign policy, I know that many American presidents have reoriented international relations.

Some of those policies succeeded. Many faced opposition. Ultimately, though, my research shows that what matters more to U.S. national security is how those presidents responded when their foreign policy shifts failed.

From Truman to Bush

In 1947, President Harry Truman, a Democrat who stumbled into the presidency when Franklin Roosevelt died in office, asked Congress to authorize major military and economic assistance to Greece, Turkey and other countries where Communism was making inroads.

Republicans in Congress, who wanted to enact steep federal budget cuts, opposed Truman’s request. Critics on the left said the U.S. should not assist non-democracies.

In the end, the “Truman Doctrine” – which held the U.S. should provide political, military and economic assistance to all nations under threat from authoritarianism – became a cornerstone of U.S. policy.

Three decades later, President Jimmy Carter paid a steep political price for agreeing to return the Panama Canal – at the time owned and operated by the U.S. – to Panama. Polls showed that a majority of respondents opposed the agreement.

The Senate approved the Panama Treaties by one vote. Several lawmakers who supported Carter subsequently lost their seats. In 1980, California governor Ronald Reagan – who criticized Carter’s return of the canal – handily defeated him for the presidency. Today, it seems logical that the Panama Canal belongs to Panama.

Another major shift in foreign policy occurred in 1989, with the fall of the Berlin Wall. President George H.W. Bush had to decide whether the U.S. should support the reunification of Communist East Germany with democratic West Germany.

Presidents who upend foreign policy do so for different reasons.

Truman was responding to an international crisis. Carter saw himself as an outsider elected to transform America’s global role. Bush wanted to end the Cold War. Some presidential changes are designed to boost approval with core supporters.

Trump’s own policy shifts are probably driven by a variety of such factors.

Whatever his motivation, in my experience the most critical question now is: What happens if a Trump policy goes badly?

History confirms that the wrong reaction can be dangerous.

Take the Iran hostage crisis of 1979, when some 50 U.S. diplomats were detained at the U.S. Embassy in Tehran hostage.

Carter’s chose the rescue attempt, illustrating a well researched insight into human decision-making: When people experience loss, they will take substantial risks in an attempt to recover.

When people find that that their initial idea is not working well, they must either double down or change course. Regardless of how bad the news, many opt to increase their commitment.

By 2006, the U.S. faced losing the war initiated against Saddam Hussein’s regime in 2003. Fifty-seven percent of voters that year disapproved of Bush’s performance. Roughly the same percentage favored withdrawing from Iraq.

Many of Bush’s top military advisors urged him to reduce military involvement in Iraq and turn most combat over to Iraqi forces. Instead, in 2006, he changed his field commander and “surged” U.S. combat troops. The surge achieved some success, but the war continued.

What will Trump do?

I have identified two forces that help presidents avoid these dangerous decision-making behaviors.

The first is strong, independent-minded advisers. During the Cuban missile crisis, when Soviet offensive missiles were discovered in Cuba, President John F. Kennedy faced an agonizing decision. Should he do air strikes, an invasion or a blockade?

More than a dozen Kennedy advisers vigorously debated the strengths and weaknesses of each possible response. Their willingness to criticize, question and speak out may have saved the U.S. from nuclear war.

Trump, on the other hand, famously demands loyalty of his advisers. Those who question his decisions risk losing their position.

Presidents can also avert crises by flexibly responding to changing facts on the ground.

For example, in 1983, President Reagan ordered U.S. Marines to return to an international peacekeeping mission in Lebanon, which had descended into civil war. Reagan thought neutral troops could restore order.

Instead, the Marines became targets. More than 200 died when their barracks were bombed on October 23, 1983. So Reagan recalculated, pulling out U.S. troops.

In Trump’s Iran decision, I perceive an unwillingness to re-evaluate policy choices when outside evidence contradicts his original cost-benefit analysis.

When Trump first threatened to scrap the multinational agreement, he assumed the other signatories would agree to re-impose sanctions on Iran, as the U.S. will.

But European countries strongly oppose that idea. They even said they would refuse to renew their sanctions. Still, Trump’s analysis did not change.

Presidential history strongly warns of danger for this White House. Inevitably, some of this president’s policies will fail. Attempts to save them could take the U.S. down a deadly path. 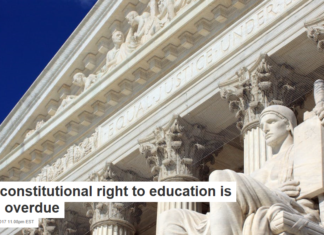