As distinct from what are called “utility patents,” design patents don’t protect how a device functions, but rather what it looks like. A federal jury had declared in 2012 that Samsung had in fact infringed on Apple’s design patents by copying elements of the iPhone’s design, including rounded corners of the device and the “chiclet” layout of icons on the screen. When someone infringes a design patent, the law requires that person to pay the patent owner “the extent of his total profit” of the “article of manufacture” found to be infringing.

Last year, a federal appeals court had ruled that the law required Samsung to turn over to Apple all the profits it had made on its smartphones – a whopping US$399 million. That ruling was despite the obvious fact that the design patent violations formed only part of the phones’ attraction to consumers, and therefore only part of the basis for Samsung’s profits. The appellate court felt constrained by the language of the statute, however.

Samsung appealed to the Supreme Court, and, despite a rough few months with other problems – including exploding phones and a reinstated patent infringement verdict in another case – came out a winner. On Dec. 6, the court ruled that it was unreasonable to require Samsung to fork over all its smartphone profits.

But the justices deliberately “declined to lay out” any guidance for how to calculate a reasonable amount. As such, they reduced the value of design patents to their owners, which could encourage third parties to go ahead and risk infringing these patents. Minimally, the ruling’s ambiguity ensures the case will drag on for years more, potentially even ending up back in the Supreme Court.

The Supreme Court was asked to decide, effectively, what an “article of manufacture” is. Is it the entire final product – Samsung’s smartphone with preinstalled software, as sold to the consumer? Or is it something less, such as the screen?

Instead, they ducked the question except in its broadest and vaguest form. The justices ruled that the article of manufacture could be something other than the entire product, but did not tell us how much less. In the court’s own words, “the term ‘article of manufacture’ is broad enough to encompass both a product sold to a consumer as well as a component of that product.”

And that’s all it said.

The Supreme Court offered no suggestion as to how other courts in this case or future ones should divide a product to assess what is the relevant portion of the product. All we know is that they will have to do so.

There are two distinct issues with which the the lower courts will have to wrestle. And if they get it wrong, it could end up back at the Supreme Court again. First, the courts will have to determine what exactly is the “article of manufacture” relating to patented designs. If it isn’t the entire phone, then what part of the phone is relevant?

Second, once the courts have drawn that difficult line, they will then have to figure out how much of Samsung’s profits can be attributed to that slice of the product. In other words, how much value does that portion of the product have?

It is not clear how either of those apportionments will take place. The courts may look to the cousin of design patents – utility patents. Although the analysis in the design patent context is technically different, the result is the same: The court must determine how much value the patented design added to the product. In the context of utility patents, courts have made similar analyses when determining the value of an invention that is a component of a broader product.

For example, in one case, an appellate court had to determine how much value the graphical “date picking” function in Microsoft Outlook added in terms of the entire software product. But guidance from those cases remains elusive as well because every invention and market is likely different. The value added from the invention will depend on myriad factors, such as the importance of the invention to the product and what aspects of the product drive consumer demand. These fact-intensive inquiries do not lend themselves to standardized rules that will be easy for courts to apply uniformly in multiple cases.

At best, there are two clear takeaways from the Supreme Court’s decision. First, patent holders are not necessarily entitled to the infringer’s profits from the actual product sold. A court may divide the product up into different articles of manufacture in order to assess the appropriate damages. In some cases, patent owners still may be able to get profits for the entire product, but it is no longer a guarantee.

Second, somewhat ironically, design patents have now lost some value. This is specifically because patent holders are not entitled to the profits from the entire infringing product. At times, they may get only a fraction of that amount. Consequently, on average, this case reduces the value of design patents.

This outcome is a bit ironic because, as the Supreme Court itself recognized, Congress long ago – in 1887! – passed the profits statute precisely because courts had gutted the value of design patents by awarding insufficient damages.

Interpreting a lack of guidance

At the time Congress adopted the forfeiture of the design patent infringer’s profits as the measure of damages, there generally was a one-to-one correspondence between a design and a product. For example, a design patent on a carpet corresponded to the actual product itself.

In the modern era, a single product can have a number of patentable design features. Think about cars: The car itself can have various design shapes, along with aspects of the interior, the arrangement of a computer screen in the car and even the cup holders. Any one of these affect the value of the car to some degree.

Congress likely did not foresee this development when it tried to reinvigorate design patents by providing the infringer’s profits as the remedy. Nevertheless, the Supreme Court reasonably believes the efforts of Congress to breathe value into design patents are no longer appropriate in a world of complex products. The statute, in essence, is a product of a time long since gone. Interestingly, though, the court decided to make this adjustment; it did not leave it to Congress to adapt the statute to modern markets.

How much damage has been done to design patents’ value? It will depend on how willing courts are to “slice and dice” an infringing product to determine what the relevant “article of manufacture” is.

It will also depend on how much courts attribute the value of the product to that slice of the product. If the courts permit large slices of the profits to be handed over to the patent owner, then the value of design patents will remain high, if somewhat reduced. But if the ruling means the penalty for infringement is reduced, competitors may be more willing to take the risk of infringing someone else’s design.

There is no doubt that the Supreme Court’s decision reduces the value of design patents. We will have to wait and see – perhaps for another case to come to the highest court in the land – to find out just how much. 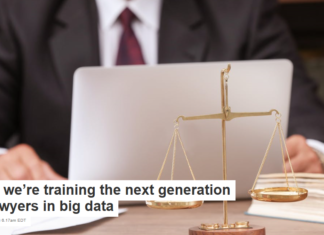