After the election of Donald Trump, commentators have argued that German Chancellor Angela Merkel may become the leader of the free world, a role typically played by the president of the United States.

After 11 years as chancellor and as the leader of the largest economy in Europe, Merkel is certainly one of the most experienced heads of state in office. On Nov. 20, after a long wait, Merkel finally announced that she would seek a fourth term in the federal elections next fall.

In the upcoming campaign, Merkel is in a difficult position. She must both live up to her reputation as a defender of liberal democracy, and also contain the right-wing populist streaks in the Alternative for Germany party in order to win reelection.

As an American scholar of German studies, I have blogged about how Merkel’s public appearances function as political theater. The chancellor changes her message depending on her audience. At home, she is much more likely to appear conservative.

But in anticipation of Trump taking office in 2017, Merkel is publicly setting clear boundaries. Trump not only criticized her open-doors refugee policy, but also may represent a threat to close international collaboration between Germany and the United States.

In between Trump and the German far right

Merkel is most likely to present herself as a defender of liberal values when appearing on the international stage. On Nov. 9, Merkel congratulated Trump on his new office at a press conference. In contrast to Russian President Vladimir Putin’s celebratory statements or Mexican President Enrique Peña Nieto’s cautious well wishes, Merkel issued a warning: If Trump cannot respect “democracy, freedom, respect for the law and for human dignity independent of background, skin color, religion, gender, sexual orientation or political beliefs,” Merkel implied that Germany will need to reevaluate the terms of its partnership with the United States.

This warning to Trump has been praised by some in the American press for its defense of liberal, democratic values.

Many Germans see Trump’s racist and xenophobic comments as statements that would be illegal under current German law. His rhetoric echoes not only the racism and anti-Semitism of the Holocaust, but also shares similarities with the authoritarian doublespeak of East German communist politics.

However, in domestic appearances, Merkel is at times illiberal, choosing to accent her conservativism to pander to the xenophobic right wing. On Nov. 6, Merkel gave an acceptance speech after receiving the nomination of her party. The speech garnered widespread attention in the U.S., mostly for the moment when Merkel stated support for banning burqas – a move designed to attract voters on the right.

As the German public was anxiously awaiting Merkel’s decision to run for office, German journalists Matthias Geis, Tina Hildebrandt and Bernd Ulrich published a full-page article in the German newspaper Die Zeit about Merkel titled “Leader of the free world? Not that, too!”

In this article, they explain the difficulties facing Merkel’s reelection campaign. Merkel, they say, has never faced more pressure to lead. Europe isn’t pulling its weight. She doesn’t have unified support from her party. Finally, she doesn’t have the same polling numbers she used to. Despite these obstacles, they write:

“Merkel can sense that the arguments she could bring against her candidacy get weaker and weaker as the global situation becomes more and more dramatic.”

Merkel couches her decision to seek reelection in similar terms. When she announced her candidacy, Merkel said she needed to run because – after the U.S. election and in relationship to Russia – the world needed to be “sorted out.” Merkel repeated this phrase in her nomination speech:

“We are dealing with a world – especially after the American election – which first needs to be sorted out, especially with respect to things like NATO and the relationship to Russia. This poses the question: What is actually to be done?”

By standing for reelection, Merkel answered her own question. Merkel sees herself as the person to “sort out” the new world order. In this narrative, the first thing to do is support her campaign. The second thing, visible in her comments about refugees and burqa bans, is to pander to voters who might abandon her party to vote for the right-wing Alternative for Germany party.

The Alternative for Germany party, which criticizes Merkel’s every move, later joked on social media that the CDU (Merkel’s party) had stolen their campaign platform.

The Alternative for Germany party was founded in 2013 and is a xenophobic, nationalist, right-wing party critical of the European Union. The AfD has been successful in gaining representation in local German elections. They will likely enter the national German parliament in the fall of 2017. 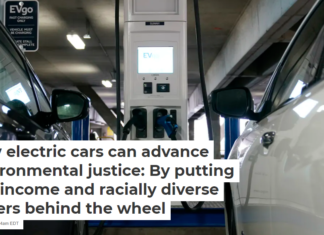 How electric cars can advance environmental justice: By putting low-income and...

Staff Writer - May 22, 2021
Andrea Marpillero-Colomina, The New School The global auto industry has begun a historic shift from gas- and diesel-fueled cars...