For scholars like me who study environmental justice, it has been encouraging to see residents in Flint, Michigan and the Standing Rock Sioux in North Dakota organize against threats to their homes and health. But elsewhere in our country, other struggles are happening out of the spotlight – and often dragging on for years.

In Puerto Rico’s south, protests are building over the disposal of toxic coal ash in landfills. Small-scale protests began in 2014, but opposition has grown. A recent demonstration drew an estimated 1,000 people. Protesters have been routinely harassed by police and arrested.

As a native of the island’s southeast, I have been following these developments closely. Historically this region has been a zone of human exploitation and natural resource extraction. In the struggle over coal ash disposal, poor and mostly black communities in Puerto Rico’s hinterlands are being forced to sacrifice their health and the health of their environment to support the island’s energy-intensive economy and lifestyle.

This crisis illustrates two closely connected problems: environmental injustice and environmental racism. The first refers to disproportionately high levels of exposure to environmental risks experienced by some segments of the population. The latter describes cases in which those unequal impacts fall on communities of color. Both are factors in this conflict and reflect Puerto Rico’s socioeconomic history.

But even as locals fight these problems, there is one hopeful development: the spread of rooftop solar power as a replacement. Coquí Solar, a project initiated in a Jobos Bay community near Guayama’s AES plant, is working to define an alternative to the underlying problem – coal-fired energy – and find ways to achieve it.

Like many places that struggle with environmental injustice, Puerto Rico’s Guayama-Salinas region along the island’s Caribbean coast is a low-income area with a high fraction of minority residents. The median yearly household income is US$15,000, and more than half of residents live below the poverty line. According to the 2010 U.S. Census, 17 percent of people in the region self-identified as black or African-American, compared to the national average of 12.4 percent. (In Puerto Rico, large concentrations of black residents are a marker of poverty.)

The area has suffered historically from high unemployment and poverty rates. It lies far from the national capital, San Juan, and was highly dependent on sugar cane agriculture for many years. Because of this legacy, the coastal environment is especially valuable to residents. It provides resources that buffer them against local and global economic crises – much like resource-dependent communities along the U.S. Gulf Coast that face similar environmental justice struggles.

One recent study quotes a saying among Puerto Rican artisanal fishers: “Nos defendemos con pescado fresco,” meaning, “We defend ourselves with fresh fish.” Another study found that people in this region who made a significant part of their living from fishing in the ocean and foraging in the mangroves derived a sense of cultural identity and well-being from these activities, along with food and income.

The source of the coal ash is a 454-megawatt coal-fired electric power plant in Guayama owned by the utility AES that has been operating since 2002. The plant is adjacent to a Superfund site where Chevron Phillips operated an oil refinery from 1966 through 2002.

Throughout the area, former sugar cane fields, mangrove forests and oceanfront lands have been converted to housing developments, shopping plazas, manufacturing and power plants over the past 50 years. Residents thus already bear a heavy burden from development that has compromised their health and the natural resources that many rely on for their livelihoods.

The coal ash generated by AES in Guayama is known to contain high levels of arsenic, heavy metals and radioactivity. Under current EPA regulations, coal ash can be disposed of in surface impoundments and landfills, in surface-waste ponds or recycled into products such as concrete and drywall. These methods are widely practiced throughout the United States and other parts of the world.

AES pledged in 1996, before the plant started operating, that it would not deposit coal ash in landfills on the island. The company’s initial strategy was to ship thousands of tons of ash to two rural coastal communities in the Dominican Republic. But after local doctors reported increases in spontaneous abortions and birth defects near those areas, AES was ordered to clean up the ashes and paid $6 million in a legal settlement with the Dominican Republic’s Environmental and Natural Resources Agency.

AES then developed a construction product called Agremax, a filler based on coal ash. Some two million tons of coal ash were used throughout Puerto Rico to build roads, parking lots, malls and as fill in tract housing developments, including sites near public water wells, farms, wetlands and beaches. Alarmed by fugitive dust and other impacts, environmental groups sued. In 2014, lacking customers, Agremax was retired from the construction market.

In response, Puerto Rico’s Environmental Quality Board and the island’s public power company (which buys the coal plant’s electricity) allowed AES to reverse its pledge and deposit coal ash in local landfills. But according to the EPA, a majority of Puerto Rico’s 29 landfills are over capacity, and some are open dumps that do not comply with current regulations. The agency currently has legal agreements to close 12 landfills. In sum, the ash disposal controversy is worsening a landfill crisis.

The struggle over coal ash is rooted in colonial and economic policies that have turned Puerto Ricans into migrants, consumers and debtors over the past century. These circumstances illustrate what Princeton University’s Rob Nixon calls “slow violence”: a steady accumulation of gradual, and often invisible, environmental harms endured by vulnerable individuals and communities during capitalist expansion.

Southeast Puerto Rico was populated in the 18th century by enslaved Africans, and later free blacks and mixed-race individuals, who worked on sugar cane plantations. When the island industrialized in the mid-20th century, many workers left farms for factories, while others sought agricultural work in the United States. Massive migration to U.S. cities became a way of life for Puerto Ricans, and multinational corporations began to build facilities on empty agricultural land.

As a result of these processes, people in this part of Puerto Rico have little political or economic clout and are vulnerable to exploitation by corporations like AES. But they recognize that landfilling coal ash threatens the resources that they depend on, and are trying to end it.

Residents of the Coquí neighborhood in the Bay of Jobos are working with scientists at the University of Puerto Rico-Mayagüez to build and install solar panels throughout the community. If this initiative succeeds, it would be the first solar-powered community in Puerto Rico. Community volunteers will receive training in the hopes that they will be able to install and maintain the equipment locally. Perhaps anticipating this shift, AES has opened a solar energy farm on fallow agricultural land in Guayama.

Many other communities in places far from the public eye face what can seem like insurmountable obstacles in their own struggles against enduring environmental injustice and racism. Every case is unique, but as pioneering environmental justice scholar Robert Bullard argues, the central challenge is the same: providing equal protection to disenfranchised communities, and ensuring that their voices are heard. 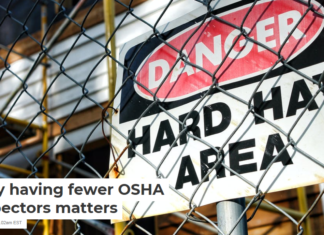 Staff Writer - May 15, 2020
David Weil, Brandeis University CC BY-NDIn many industries, such as construction, transportation, warehousing and health care, the workplace is dangerous. In 2018 alone, 5,250 workers...

Paws for thought: the pros and cons of a pet-friendly office

If all the vehicles in the world were to convert to...

Shooting of Shinzo Abe is a huge shock for Japan and...