When “Ms. Kyles,” a social studies teacher in a suburban district, heard her colleague scream in a nearby classroom, she ran to her aid. It appeared that a female student had attacked a classmate.

“I grabbed the student to restrain her, and I said to the teacher, ‘You go back to your students, I’ll take care of her,’” Ms. Kyles said.

After locking herself in an empty classroom with the student, Ms. Kyles – that’s a pseudonym to protect her privacy – learned the student stabbed a female classmate four times in the chest and back, killing her. Then the student threatened Ms. Kyles.

“She trashed the room and screamed at me and said some pretty horrible things,” Ms. Kyles told me. “I was in fear that she would try to hurt me to get away.”

Ms. Kyles’ experience is one of dozens that I document in my forthcoming book, “Suspended: Punishment, Violence, and the Failure of School Safety.” The book is part of my ongoing research about how Black families and teachers view school punishment, violence and safety in K-12 schools. In addition to students and parents, I interviewed 50 teachers from urban and suburban high schools throughout Michigan who were threatened or attacked by a student. I used fake names to protect their confidentiality.

What I learned carries implications for the safety of America’s schools in general, and the mental health and well-being of the nation’s teacher workforce in particular.

Some of the teachers told me that students experienced frustration with challenging assignments, which led students to lash out at teachers.

Several teachers also believed students threatened and attacked them to gain attention from their peers. Regardless of the underlying cause, these events left teachers in dire situations that made them question their commitment to the profession.

In the U.S., many K-12 schools feature a variety of safety measures, such as metal detectors, guards, security cameras and law enforcement officers. Yet, when I interviewed 50 teachers, I learned they did not feel safe regardless of whether one or several of these security measures were in place.

In one interview after another, teachers told me that being threatened or attacked by a student left them shaken and made them want to transfer to a new school. For example, Ms. Kyles told me the fatal stabbing of a student in her school triggered symptoms of post-traumatic stress disorder.

“Anytime I hear a scream or a loud noise in school, I have a physical reaction. I jump.” Ms. Kyles explained. “And any time there are any kind of police in the school I cry. I’m not a crier, but I have cried more in the last year and a half than I’ve ever cried.”

This episode has also affected how Ms. Kyles copes and her willingness to intervene in conflicts at school.

“I drink more than I’ve ever drank,” Ms. Kyles told me. “I don’t sleep as well. In terms of teaching on a daily basis, I no longer will break up a fight. I can’t do it.”

A teacher I will call Mr. Turner, who works in an urban district, described an incident where he defended himself when a student attacked him.

“I picked him up, and I said, ‘This is what’s going to happen if you want to come at me again.’” Mr. Turner said. “And he backed off and apologized. It was over that quick. This was during transition time in the building, and it happened so fast [other students] thought he had tripped, and I was helping him up.”

Mr. Turner also told me that several colleagues began to bring guns to school in their car or bag after another colleague became embroiled in a fight that resulted in a trip to the hospital.

“A lot of my female colleagues come to the building armed,” Mr. Turner said. “Legally we’re not supposed to have a gun on the property, and that includes in your car.”

He said the district’s leadership “kind of looks the other way because they know how it is.”

“By law, I can’t take a gun into the building because of the CPL (concealed pistol license) that I carry,” Mr. Turner said. “But, some of my peers in that building who have the same license I have, I know for a fact they have their gun in their purse or backpack.”

Most of the teachers I interviewed expressed feeling unsupported by school administrators.

A teacher I will refer to as Mr. Ford, who works at a suburban high school, told me a student threatened him, used the internet to find his home address and escalated the incident outside of his home. Despite the seriousness of this incident, the school administration allowed the student to return to school, where the student subsequently became more popular for attacking the teacher.

“I ended up moving high schools because they didn’t do anything,” Mr. Ford explained. “The administration was just so weak.”

A few teachers told me their principal often minimized incidents where students threatened or attacked them and shifted the focus to the teacher’s actions. For example, a teacher I’ll call Ms. Evans told me whenever a student attacked her, administrators would ask what she did or said to provoke it.

She said they also downplayed any injuries she may have suffered, saying: “‘You’re not hurt, are you? You’re OK. You can still make it, just ignore them or don’t talk to so and so.’ It was that kind of thing.”

Although my research focused on teacher experiences in Michigan, I found evidence that similar altercations have occurred throughout the U.S. and internationally.

In light of the constant threat of violence against schoolteachers, the adequacy of current security measures – or lack thereof – are ripe for review.

Prior to the pandemic, data shows nearly 20% of new educators left the profession within five years. The most cited reasons for leaving the profession were unhappiness with the school administration (21%) and dissatisfaction with the teaching career (21%).

Studies also confirm that replacing a teacher can cost a district up to US$20,000. Given the mass teacher exodus that is underway in the U.S. and exacerbated by the COVID-19 pandemic, it’s vital for society in general – and policymakers and school administrators in particular – to find new ways to make sure America’s schoolteachers can do their jobs. They shouldn’t have to worry about protecting themselves from the very students they’ve been assigned to teach. 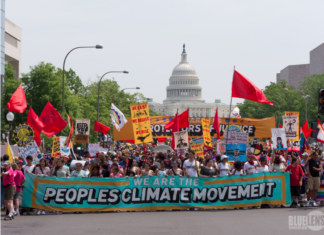 Should the US stay in the Paris Agreement? A majority of...