The U.S. Supreme Court will hear arguments
on Nov. 9, 2021, in a case regarding a death row inmate’s plea that his Baptist pastor be allowed to lay hands on him in the execution chamber. The Supreme Court blocked John Henry Ramirez’s execution in September, about three hours after he could have been executed. Ramirez was convicted and sentenced to death for a 2004 robbery and the killing of a convenience store clerk in Corpus Christi, Texas.

Texas policy allows an approved spiritual adviser to be present in the execution chamber, but there cannot be any physical contact or vocal prayers during the execution. Ramirez has pleaded that this represents an infringement upon his religious liberty.

As a Catholic priest, ministering to the dying is at the core of my job. I have ministered to well over 150 people, from children to centenarians, in their final moments. At these times, I administer a set of ancient prayers and rituals that includes laying my hands on the dying person, anointing them with oil, reciting prayers for the dying and those they are leaving behind, reading Scripture and, if the person is conscious, giving them Holy Communion, which Catholics believe is truly the body and blood of Christ.

But central to caring for the dying is touch.

Touch as a primal instinct

The laying of hands and, more specifically, physical touch at the end of life, holds special significance for many cultures because to touch is to reassure. In my ministry with the dying, I have often witnessed how, when death is looming, the warmth and contact of a held hand can communicate deeply where words fail.

Touch is a primal instinct – a gesture of love and comfort that’s instilled in each of us since birth. Touch is a prime way in which mothers communicate with their babies. Universally, people greet others with words but also touch, including handshakes, hugs, kisses or high-fives.

Even during the COVID-19 pandemic, people have found opportunities for physical connection – tapping elbows or giving fist bumps. And a natural way to console is to not only say comforting words, but also to gently touch or hug.

The power of spiritual touch

Faith leaders often believe they have power that can be transferred to others through physical contact. The pioneering sociologist Emile Durkheim deployed the Polynesian term “mana” to describe a kind of spiritual energy that, for many cultures, can be transmitted to others.

Durkheim was describing a belief also found in other cultures, including the Chinese “qi” and Hindu “prana.”

When Catholic deacons and priests are ordained, the bishop places his hands on the top of their bowed heads. The “laying of hands” is a sacred and symbolic transfer of power that transmits the power to administer sacraments and celebrate the Eucharist, the ritual reenactment of Jesus’ Last Supper.

Physical contact is associated with not only communicating love and divinity, but also with healing – the practical expression of divine love. In the Bible, Jesus heals by touch on at least 18 separate occasions. He cures people of blindness, leprosy and other ailments. As a Catholic theologian, I know that in all cases where Jesus touched people, or people touched him, they were not only restored to physical wholeness but their rightful human dignity was also affirmed.

End of life and touch

In our final moments, I believe, all people want to feel safe and consoled. Some meet their moment of death with tremendous resistance and a struggle to stay alive. Others go calmly.

In my experience, a peaceful death happens when someone is surrounded by love – friends and family are there with them. In ways that are hard to describe well but are unmistakable, I have felt that love in the room. In these instances, death is not a violent conflict, but rather a peaceful, even joyful passage.

In the 1995 film “Dead Man Walking,” Sister Helen Prejean, a real-life Catholic nun played by Susan Sarandon, places her hands on the shoulder of convicted killer Matthew Poncelet, played by Sean Penn, as he walks to his execution.

Intentionally taking the life of another human being is a grave sin.
Ramirez has been found to be guilty of murder. But Scripture also says that there is no value in vengeance. It is hard to find support for the death penalty in the teachings of Jesus, for whom peace lies in forgiveness and true salvation involves reconciliation. And according to Catholic teaching, capital punishment is no longer ethically acceptable.

The message this sends to Catholics and people of faith is that they must hold high ideals when it comes to the feelings of other human beings enduring pain and suffering – even those who have committed dreadful crimes.

This means praying for and consoling not only the victim and their loved ones – but also the person responsible for the offense. Consolation can and should include touching them – including holding their hand or even embracing them as they die.

I do not pretend to know the nuances of state policy and federal law, but as a former minister at Men’s Central Jail in Los Angeles, I’ve spent time with convicted murderers. I’ve prayed with them and listened to their confessions. I did not see violent killers consumed by evil. Rather, I saw human beings.

And I know, regardless of the crimes they committed and decisions they made, they too have rights bestowed on them simply because they are human. High among those rights is to meet their end with dignity. 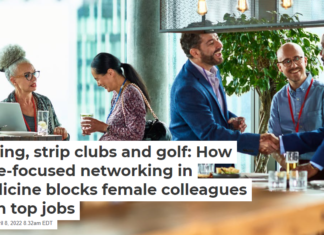